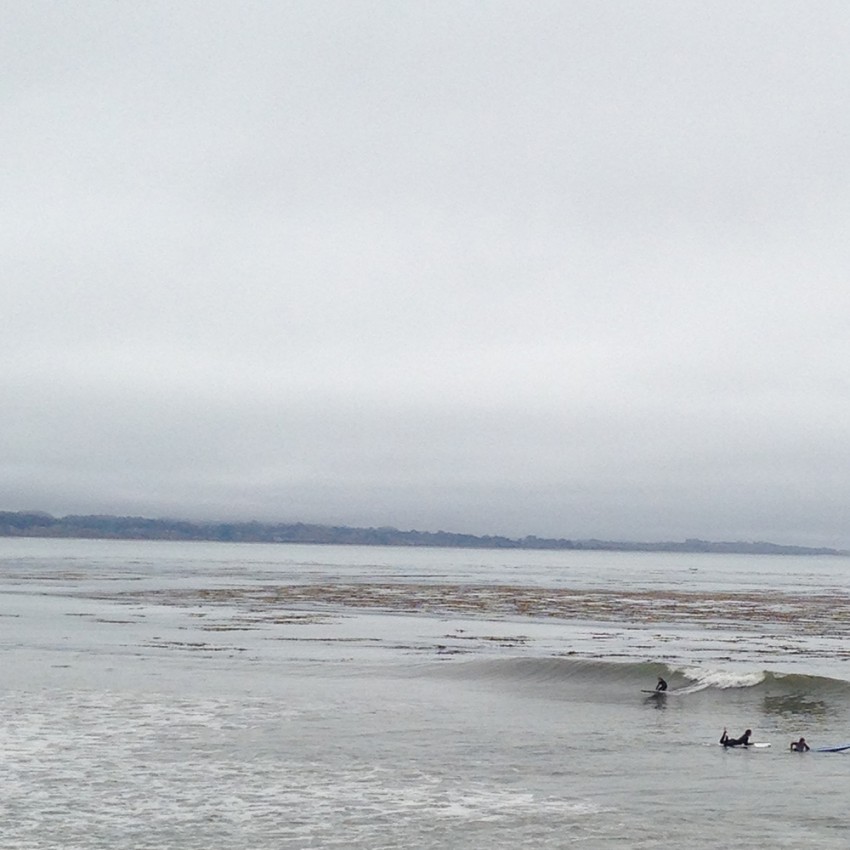 The alarm went off at 7 and I hit snooze. Went off again. Snooze. Alarm again and I just wanted to turn it off but a million things rushed through my head (can’t surf Capitola Sunday b/c of the Wharf to Wharf race, going to wish I surfed later, if we get up soon we can still make it before 2′ and rising, and so on). Woke me up enough to get us out of bed. Unexpected traffic on 17 because of a car fire. Saw it on the side of the road burned and covered in foam. Crazy. Got there at 10:30 and tide was rising but bumps were rolling in at 15s. Saw Nola paddle for a steep one, turn left and wipe out. We got out quickly and paddled to the outside lineup. I waited for the first few to pass, then went for one along with Max on my right and the guy on the white/orange board to my left. Party wave until Max dropped off and I turned right down the line, leaving the other guy behind. Rode that one all the way to the cove. Awesome first ride! Surfing LM three times this past week has got us in great shape and paddling the distance back out to the lineup was easy, especially given the glassy Capitola conditions. After that first wave, I tried for a couple more that didn’t quite break that far out. Nola got a few and the guy on the orange board did too. A long lull ensued. I looked towards the beach and 2nd jetty to see if any of the surfers on the inside were getting rides but it was pretty slow. Saw one guy get a few rights on the inside. Moved towards there and got a fun right to the beach. Paddled through an oncoming set wishing I was back out at the earlier outside lineup! Went for one lined outside of 2nd jetty and got one really good one with a steep drop that zipped left until I was too close to the rocks at the jetty. Fell off the back of another after making the popup and staring down as I dropped thinking crap, this is one of those steep sections that’s going to break. Paddled hard to get back out through the set but had to bail my board on two set waves. Max saw me paddle over a wave and said it was the like the Seal Beach one, the height was the length of my board. Stoked I got those few good ones. Did kind of wish the tide was a bit lower and it was on a weekday with fewer surfers out ;) 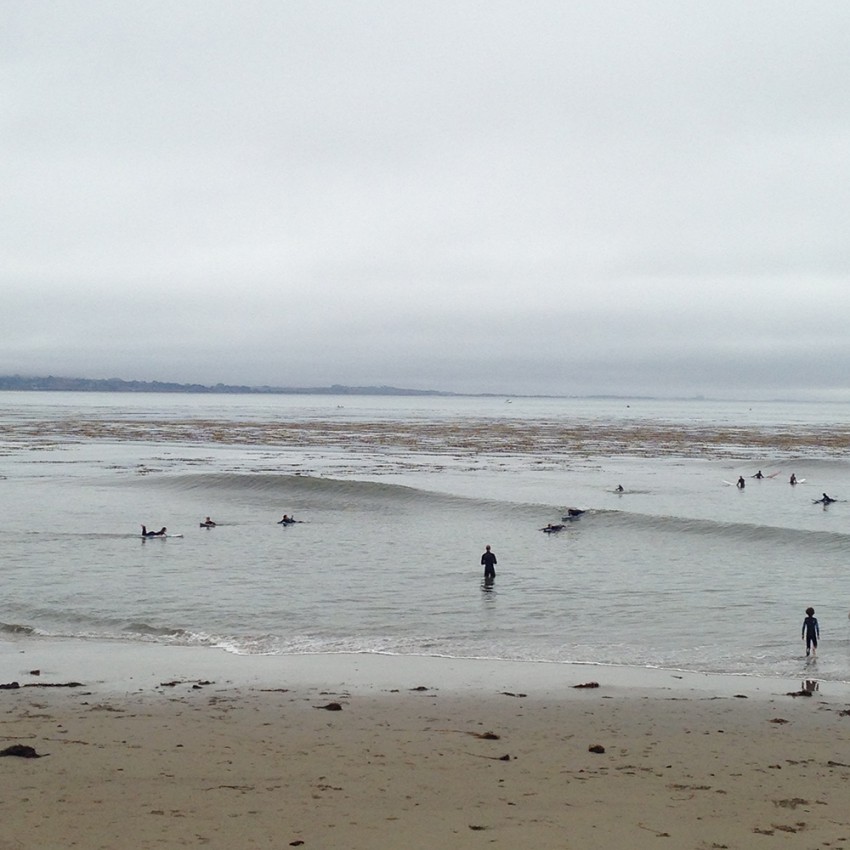