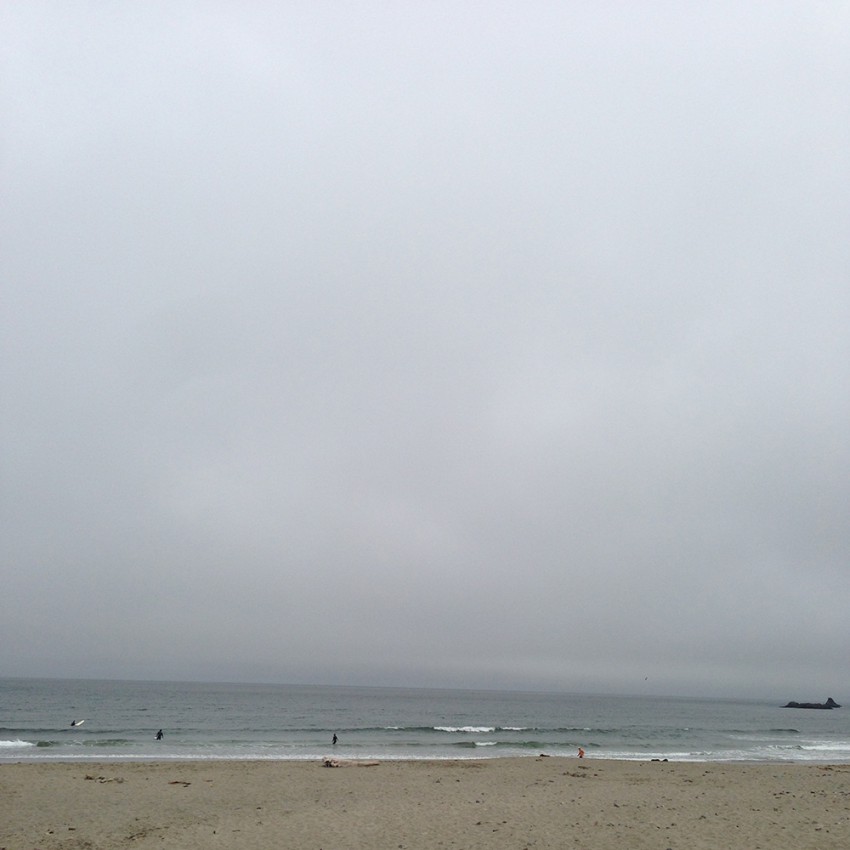 Another mellow, small, foggy, quiet morning at LM. Stoked to be out again before work. Only six surfers in the water spread out from north to south…one of the benefits of going out even when it’s tiny. Didn’t even look like there were any waves, so I was surprised and stoked to get a few, short rides on a lower tide and even a little ride right. Had to watch the shallow water since the only waves were breaking right onto shore. Lined up outside of the pumphouse with two other friendly surfers (short hair woman and guy on the 9’6 Arrow). Watched a whale spout in the distance. Summer surf classes later filled the south end. On land, Max’s Bing board caught the attention of Christian (orange jacket and big, shaggy dog), the other guy and Miles. And out of nowhere, a guy walked by, saw the Bing and said, “I almost bought that board!” Turns out he was the one that almost bought it the first day at Mollusk. It’s a small surf world :)