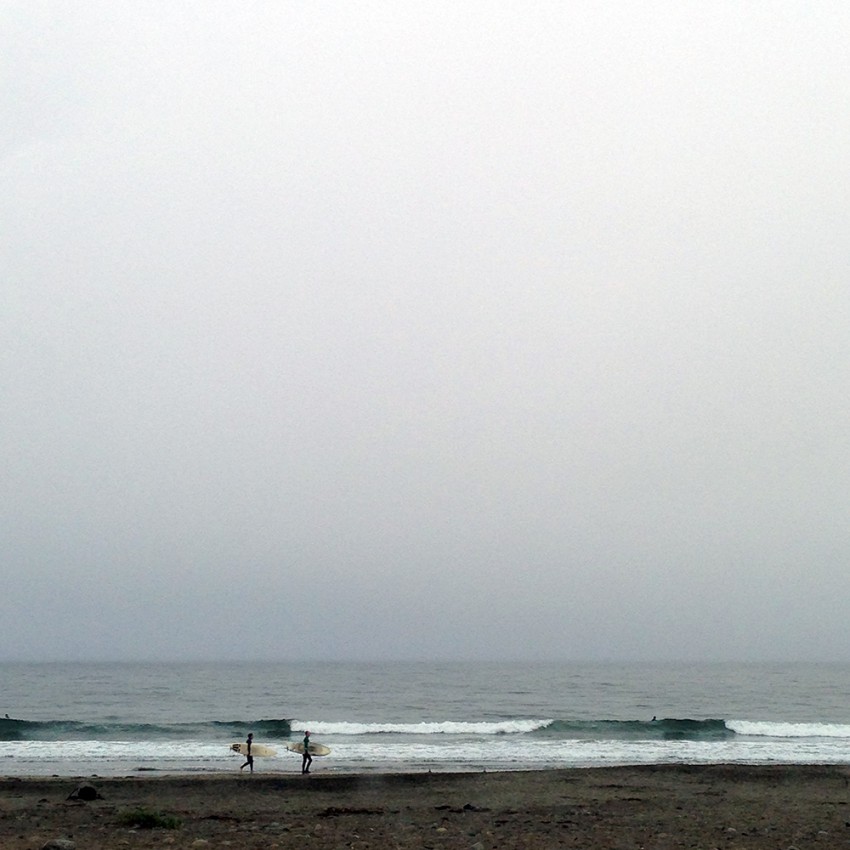 It’s been flat this past week and we’ve been sleepy, but after five days out, this was the morning to get back to the beach. The Bay Bridge is closed making the drive down to Pacifica traffic-free. So pleasant. Shrouded in fog as soon as we left the city and one of those where you could barely see Highway 1. Light mist. Crumbly jumbly waves. Suited up and headed out after seeing Christine (light aqua Pearson) catch a right, then a left. It was a higher tide and after several low tide sessions, it was nice to have more water moving. Lots of bumps but you had to pick the right ones. I’m starting to see the right ones at LM after the past couple of weeks, watching for the lines that form from the south or north rather than the waves that just approach from straight out. Max got the first one, a right all the way in. I got the next. Hollowed out drop, leaned way back to make it, slight left. Stoked to get those first waves. Got another one later that did a swoop up and down. Fun mixed swell waves.