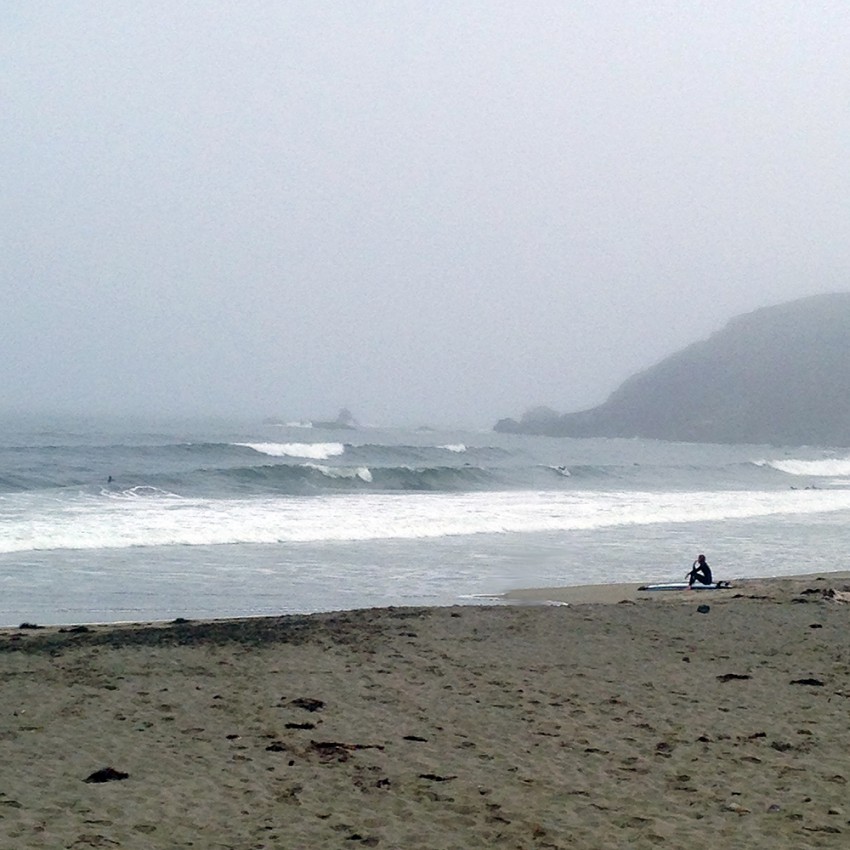 North end when we arrived.

More size and even more fog than yesterday on a rising tide. Some bigger ones at the north end. More waves but more closeouts and crowds in the middle so we opted for the south. I paddled out first and headed almost to boatdocks, where the only surfers were a father and son, wearing boardshorts. I could hear roosters crowing from a house on the hill. Never surfed to the sound of roosters! In the distance, I could see waves breaking at Pedro Point. I paddled pretty far out to watch the waves, but none of them were breaking in the deep water. Max paddled out soon after and I went a bit north to where he was. He got the first one in. I mis-paddled for several. Seemed to be having trouble reading the mixed swell. Getting frustrated. After thinking how grateful I was for LM yesterday, today I was wishing I was in back in Santa Cruz. After paddling for several that didn’t break, I finally got a good, fast right, which corrected my mood right away :) Got another well-timed right pretty soon after that. Still paddled and missed several. Repositioned. At some point, the crowd started forming all around us and when I spotted one wrapping over from the north, I turned to paddle and there were three surfers on the inside of me. I literally paddled through the 2 foot space between two of them and caught that right all the way in. Ah, weekend crowds. Still, happy to get a few, not have to rush, and that it’s not flat like last week! 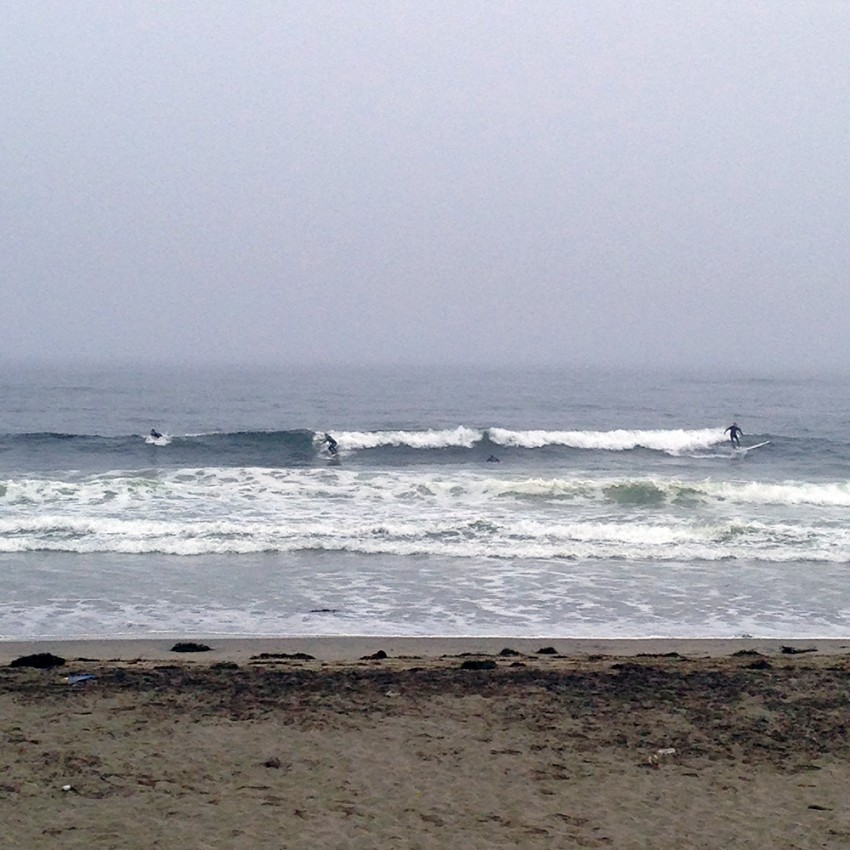