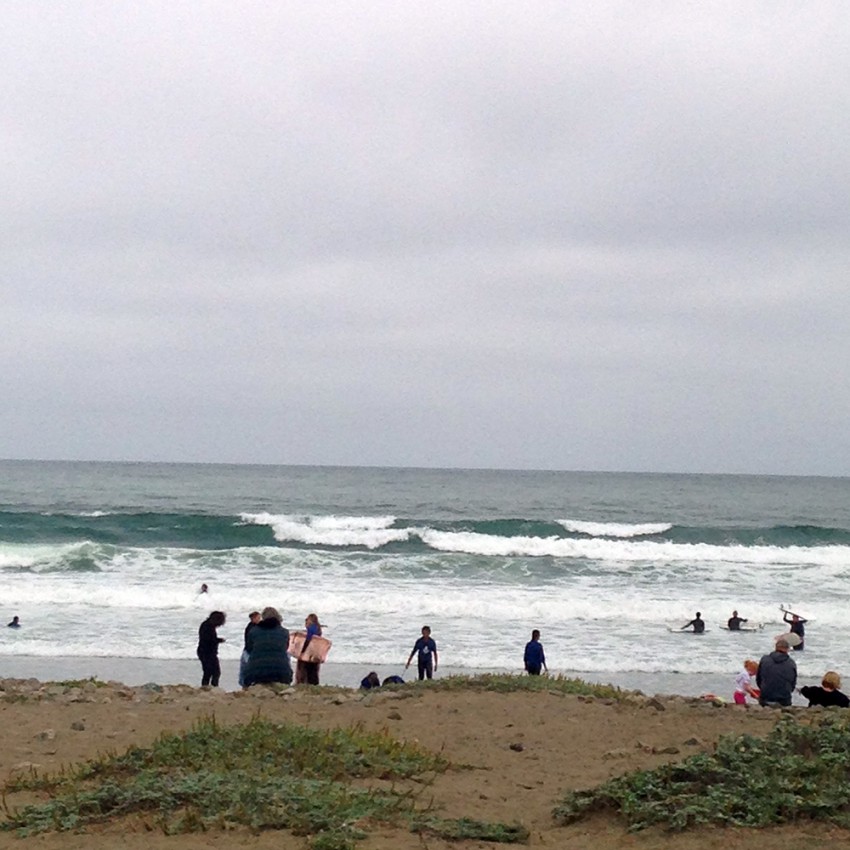 Windy when we arrived this morning with more swell and some sizable chop. Both lots were pretty full compared to yesterday’s 7am non-crowd. Wind died down a bit by the time we suited up. Large Surf Camp class taking up the mid south section. Saw Greg with his 9’8 Pearson 2+1 on our way out and he had “his eye on a right” in front of TB. We opted for closer to boat docks which looked cleaner and less crowded. He said he might join us there. Waited for a lull to paddle out but still had to get over a few sizable ones as the set started. Two other surfers had paddled in and when I sat up, we were the only ones in that spot. Waves were rolling in from the far outside but didn’t appear to be breaking until much farther in, if at all. Having a hard time figuring out the waves in that spot. Seemed like we were too deep. Moved north a bit. Two other longboarders over there farther inside than we were. Observed. Paddled more south. Observed. Paddled for one but watched it roll under me, not breaking. Next one seemed like a good one as I could see it arching over from the south and knew it would be a right. Paddled along with Max who was to my right. Guy on the red/white board was to my left. We all caught it, made a nice drop down the face and turned right and rode it to the inside. Fun! Then it was time to paddle back out. Waited for a lull to paddle but it was coming in pretty fast. Made it over three set waves paddling hard, only to be pushed way back by the fourth, back to where I started. Tried again but had to bail a few times. Should’ve rolled but it was too late. Probably would’ve been easier to get out and walk south on the beach instead! Eventually made it back to the outside (which seemed to keep shifting farther and farther out to make it through the set) breathing hard and womped! Max got back out too and was also womped. Definitely a reminder that there are just some days at LM that can kick your *ss even when you’ve been surfing regularly. Afterwards, brought Max’s 10′ Bing to Dan to fix its first ding from a rock on the beach.

#253 / 9am / HP1
[Regional Summary: Small mix of SSW groundswell and NW windswell on tap for today. Most of the better exposed areas offer 2-3′ surf, while some of the standout spots produce occasional waves/peaks up to 4′. Onshore wind prevails this afternoon for a light to light-moderate surface texture/bump at the moment. We hang on a mid tide through most of the afternoon, going high into the evening.]
3-4′ @ 6s
4ft 6s NW (315°)
3ft 6s WNW (295°)