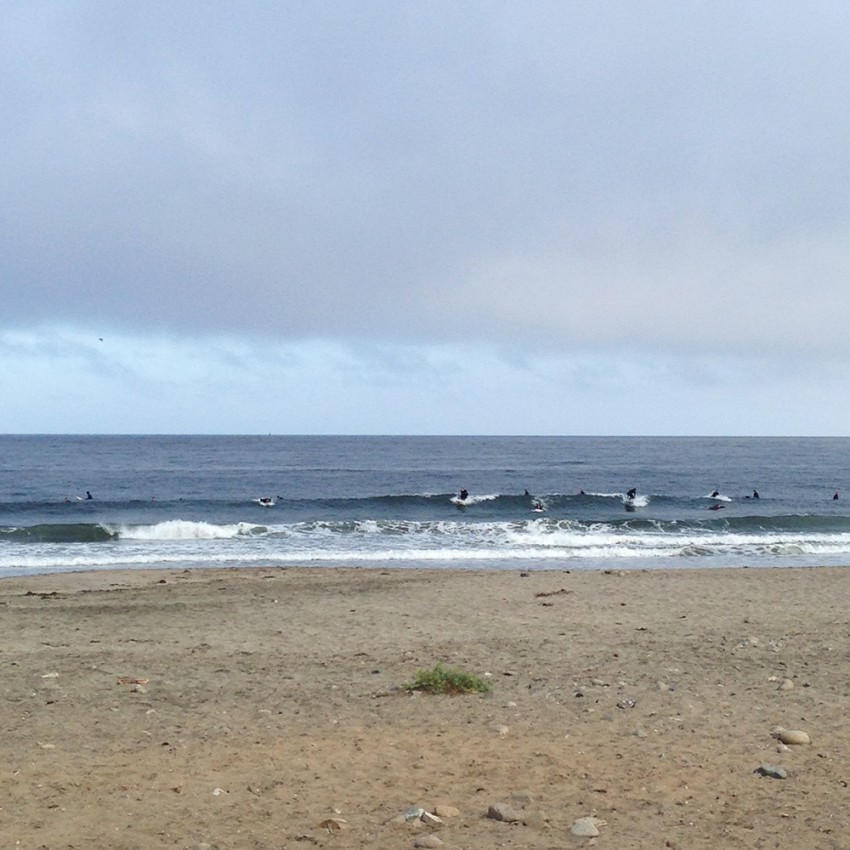 We switched our usual Saturday surf in Capitola to LM since SC has been flat the whole week. On the upside, so we got to sleep in until 8 and didn’t have to do a 3 hour round trip drive. First Saturday at LM since we moved over a year ago. We expected massive crowds at LM and were pleasantly surprised that it wasn’t as packed as we remembered. Full lot but magically we got the only beach-front parking spot. Saw dolphins in the distance. We took our time, chatting with the crew – Greg and Karen, Eddie and Leah, Bill and others. The conditions were mediocre but there were corners here and there. We started out in front of TB to avoid the bigger crowd at the pumphouse. Waves were rolling in but not breaking until pretty far in. It was a short period swell so we didn’t expect much. I was surprised when I paddled and caught a nice left over there. Waves were shifty and came in from multiple angles and it seemed like I was often too deep or the peak would move to the spot I had just left. We moved farther north about mid-way through and got some short fun ones over there. Afterwards, we chatted with Rick Eastman, who turned out to be the shaper of all the Wander Inn longboards we’ve been seeing at the beach. Rick told us that the Wander Inn was the beach-side bar back in the late 60s, early 70s, right where the Monterey cyprus is by Crespi. It was their hangout where they gathered before and after surf, partied, brought their girlfriends there, and later their wives and kids. He said you could still see the foundation of the building in the dirt if you poked around. Back then, no one surfed the middle of beach, just boatdocks and Wander Inn (now Crespi). Love hearing the history and stories from these guys that have been surfing before I was born. Max is thinking about getting Rick to shape him a 11′ log with a triple stringer, tail block and some weight. Fun, chill day at the beach. Sometimes it’s not about the waves. 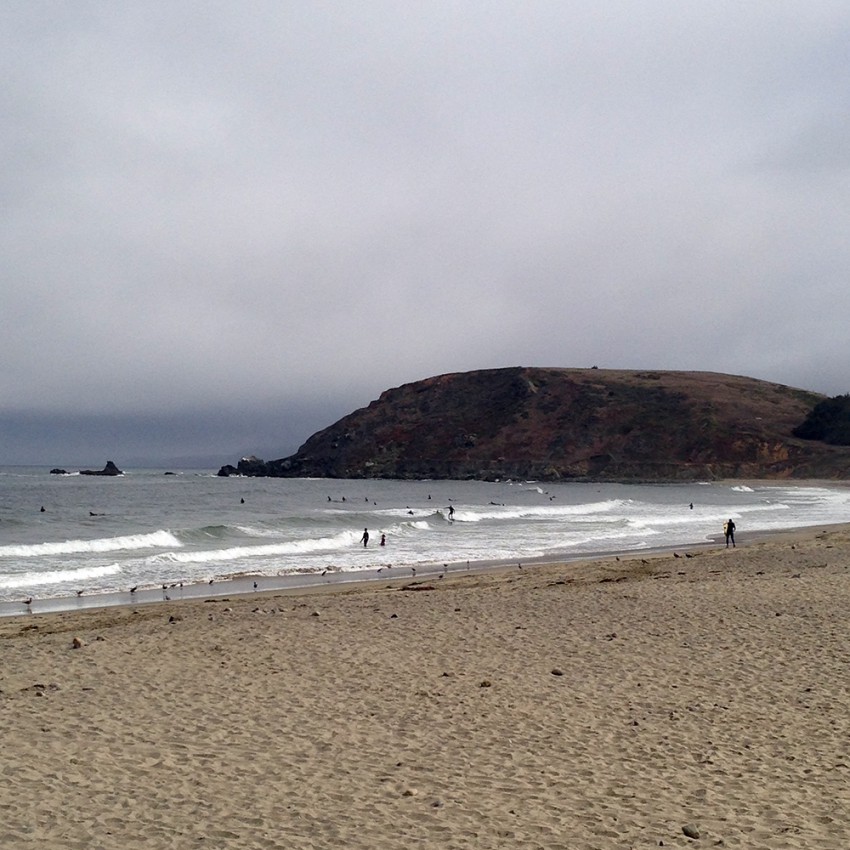