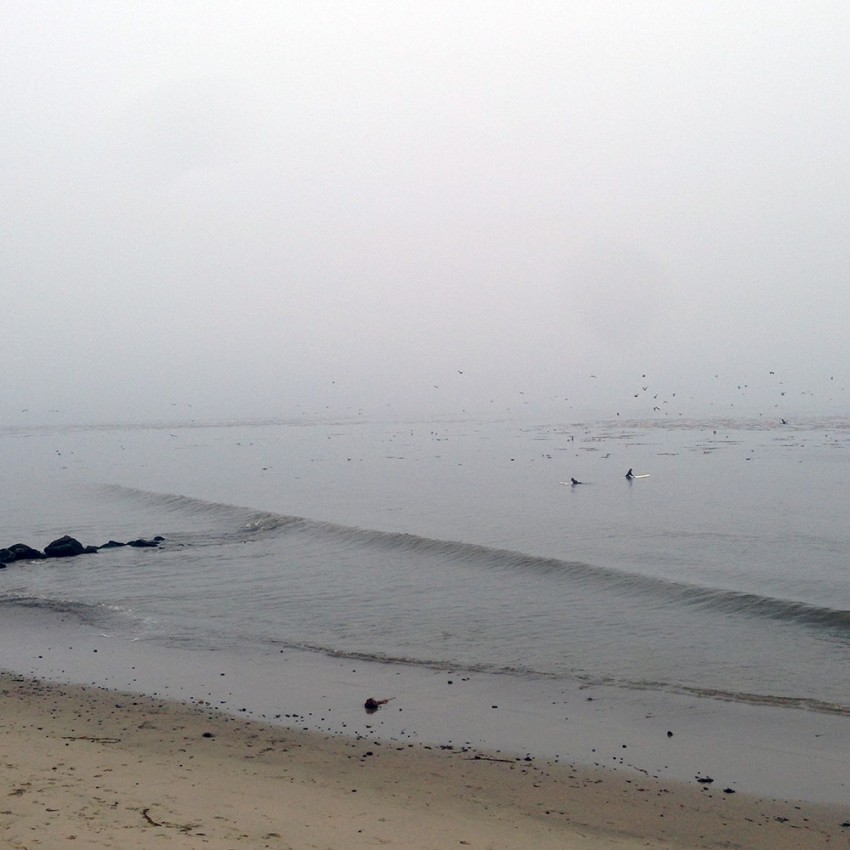 Slept surprisingly pretty well in spite of a broken air conditioner at the “Quality” Inn, only place with a room left on short notice. Got to the beach and there were some small waves as we had hoped on a 15 second period, so we suited up and headed out. Marine layer and slightly colder weather than yesterday’s 80 degrees made for an empty lineup – just Max, me, two shortboarders and the guy with the green/yellow striped board and his friend who was just learning. We were psyched to get a few good waves early on in the sesh before the tide came up too much. It was glassy peelers going right from 2nd jetty to the cove. My new board is so responsive and I’m starting to feel what the wave is doing rather than just seeing it. As the tide rose, a long lull ensued but we chatted with the two guys through most of it and laughed when we tried for party waves that looked like they would work but didn’t break until literally on the beach. By 1st jetty, a group of parents were pushing their kids off on tiny waves and having a blast. We stayed out as long as possible until the tide really slowed things down. But our last waves were awesome as a small set rolled through and we both got long rights. Came up from the beach to the Sunday ukelele band singing on the esplanade. Soon, the sun came out and we headed for Verve and tostadas.