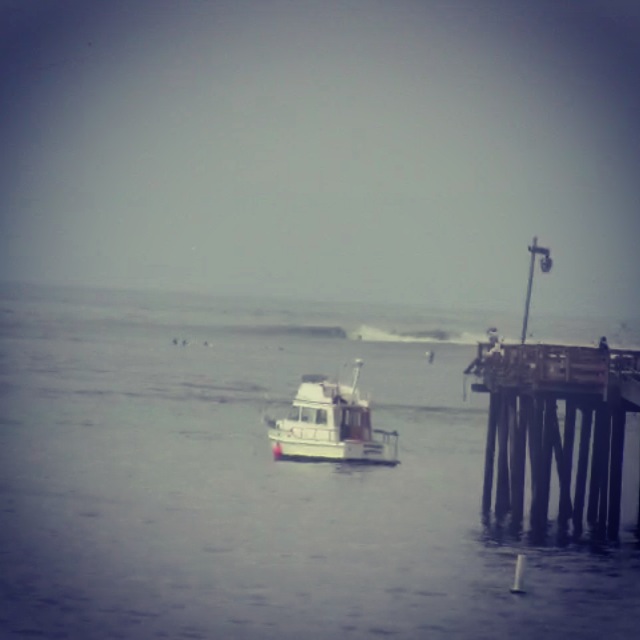 You know it’s going to be a good day when you see this on the cam at the wharf.

Another epic surf day at Capitola on this sweet SSW swell. Everything else was different about today’s sesh. It’s the annual Art & Wine festival which takes over the entire village for two days. Stayed in Scotts Valley last night for the first time. Lucked out with parking at the public lot on our second round when a nice older couple was walking up the path and said, “we’re leaving. Parked just down this row.” Score. Walked down Capitola Ave on the part we’d never seen. Really cute there. Popped out at the Village and it was swarming with festival goers clutching wine glasses. Got ready on the grass among the loud band. When we finally paddled out, it was a joy to leave all the frenetic activity behind and get out in the water. Tons of sea birds in the distance and the sky. The smell was back and the water was brownish red, which a surfer out in the lineup later explained was the red tide algae bloom. Luckily it doesn’t effect humans. A different crowd was out today, more of a random set of folks from the festival. Could more easily choose the waves I wanted today (as opposed to Thurs when better surfers were out). Saw Ryan and his friends out on their shortboards and saw one of them do a great hack off the lip on one of them as I paddled back out. On a couple big ones that I got, I heard Ryan hoot on his way back out and I dropped on the wave. Such a fun sesh. Got some of the longest outside rights ever from the outside kelp lineup, all the way in far south to the cove. Lots of speed and control on the ones today. Only had one wipeout while trying to get over a set and got pushed back. After about an hour, Max got hit with a board when the surfer bailed. I was paddling back out after a wave and could see him holding his head and laying on his board. Paddled over there quickly and glad to see there wasn’t any blood. He had a bump but it wasn’t increasing. He went in after getting another one and I stayed out. Got another fun one that he saw me ride from the beach and called it a day. Great waves on this swell. Such a blast. 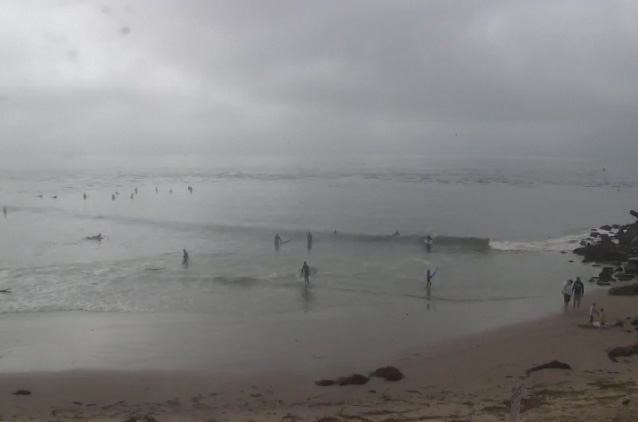 Screenshot from the cam. Didn’t have our phones to take photos today.