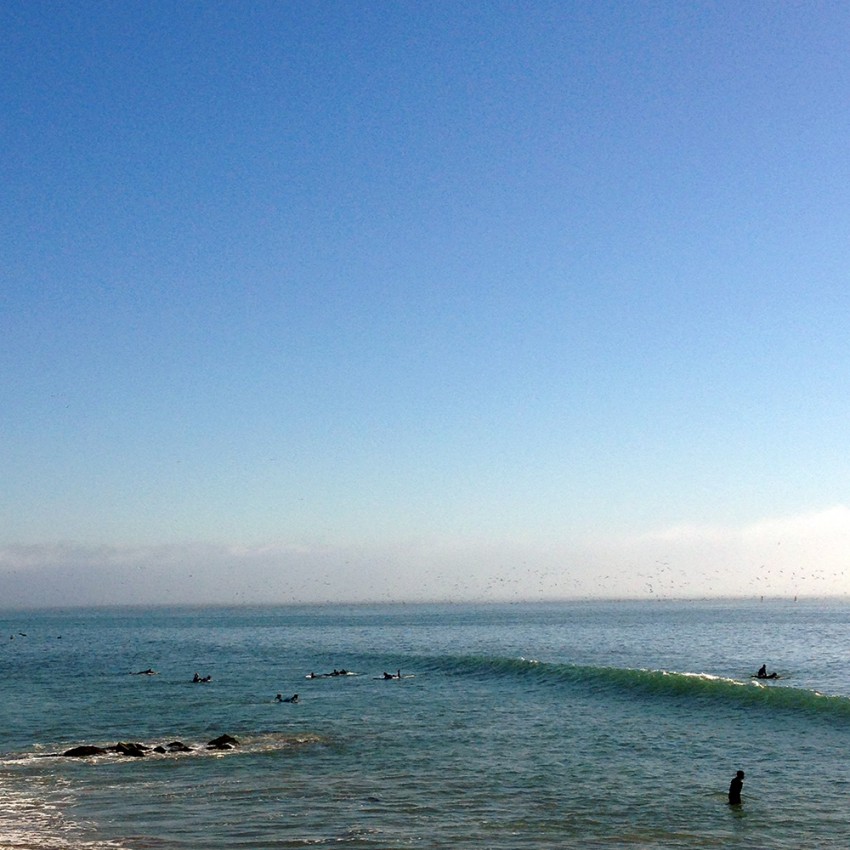 Such a good surf today! Low tide at 11:20 was just below 3′ so we weren’t sure if the conditions would hold up and just wanted to get in the water after a week out. Got there and parked in the paid lot so we didn’t have to rush. Surf check got us a bit excited as a good 2-3′ set was rolling through. Some wind and texture on the water, flocks of sea birds in the distance dive-bombing, but the smell of anchovies and muck in the water was finally gone. Paddled out to a small lineup of weekend surfers and a group of kids on the inside. Both Max and I got too many rides to count. I had several fast drops and good turns and long rights in spite of the higher tide. Rode one where I managed to pull in tight, ride it high, turn down the face and pump up and down the wave a few times before kicking out. SO FUN. Max got an epic head dip ride! My favorite thing today was just pulling in tight to the wave and touching it as I trimmed right. Friendly stoked guy on the red Freeline board was hooting after every wave. Always more fun when someone’s hooting :) Gave him a shaka when we both ended a ride. Kid on the SC board was getting good rides on the inside and a group of girls on shortboards were catching inside rights farther south of the main lineup. The weather was perfect – sunny but not too hot – and the water was crisp. Some wind made for nice spray off the lip of waves. Still one of my favorite things is paddling back out after a wave and watching other surfers make the takeoff and catch rides down the line. The waves held up perfectly through the higher tide and it was pretty much nonstop. I only remember one five minute lull. Didn’t feel that out of shape either, despite the week off and twice, I got a good wave and paddled right back out to catch another one in the same set. Also had one wipeout on a sneaker wave of the day and Max told me later that no-one that paddled made that one. Got a fun one after that to end the sesh. Surfed for over two hours. Total bliss. 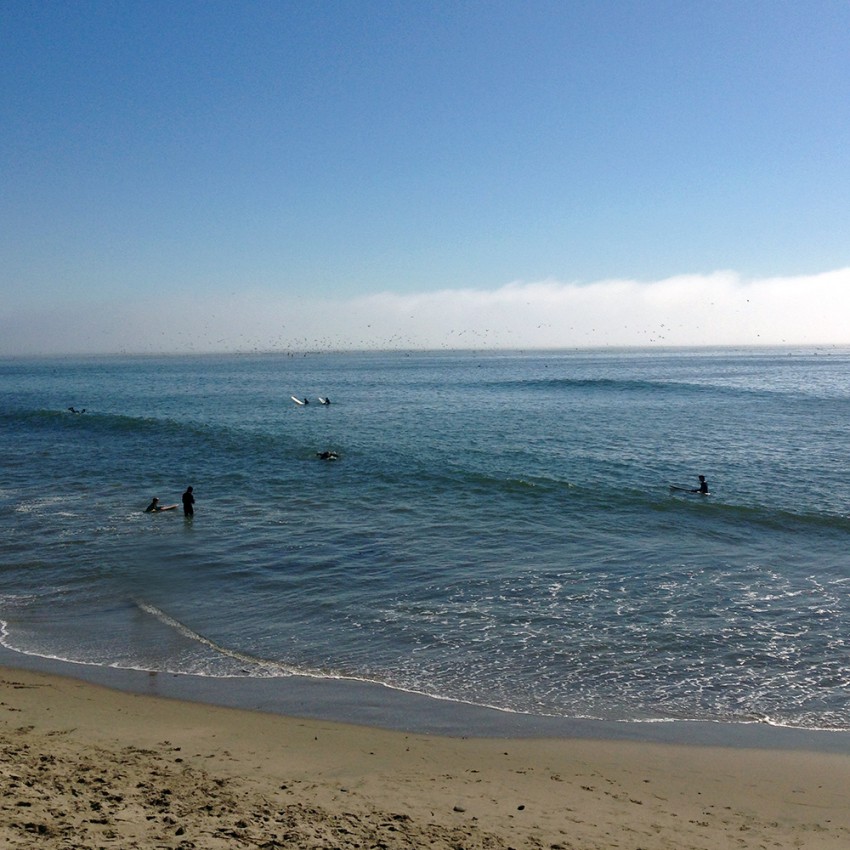