Sunday morning surf. Got up a bit later than expected but it only took an hour (!) to drive down without any traffic between 7-8am. So nice. The Mermaid Triathlon was underway at the esplanade and as we ate in the Jeep, a steady trail of women of all ages ran or walked past as they finished the 600m ocean swim at the beach and were on their way to the bike transition area up the hill. Inspiring to see the diversity. A contest organizer stood on the sidewalk in front of our shouting encouragement and directing. “Good job! You did it! Keep at it! Have fun on the bike! Stay inside the cones!” A surfer walked past us and said “you’ll have fun out there” when we asked her how it was. We knew the tide was rising past 3′ at 9am so we suited up quickly (plus, felt the first morning chill of fall) and hurried down to the water. There were just a handful of surfers out because of the triathlon crowds. After paddling out for just a few minutes with dry hair, a nice set started. The first wave steepened and rolled through, and I turned and paddled fast to catch it, saw a sizable wave as I did one final glimpse behind my left shoulder, popped up and zipped down the face, and pretty much went straight. Didn’t have much time to turn right on the higher tide. Back foot got stuck on my board and I ended up bailing. It was all a blur. Speedy way to wake up! Paddled back out and got a short one that flattened out. Paddled for several that weren’t breaking until farther in. Then we hit a long lull. Moved closer in. Waited. Max chatted with a red-headed guy whose girlfriend was doing the tri race. Waited some more. Water was definitely colder and the outer kelp was full of seagulls and a couple of seals feeding on fish. Getting antsy. Finally, after 45 minutes, a decent wave came through. I went for the first bump but missed it. Saw it was the start of a rare set. Paddled back out as fast as possible trying to catch at least one but nope. Missed that one. Feeling out of shape after only surfing once in ten days. Note to self: all I need to do is surf 5 days a week for an hour and I’m in shape. Another set started and I waited, let the longboarder next to me have the first one, then got in position for the next. Caught that one, turned right, saw the wave and spray next to my head, saw the guy on the blue San O Harbour in front of me, kept going right, running out of wave before the wall, kicked out in the foam. Stoked! That wave really made the day. 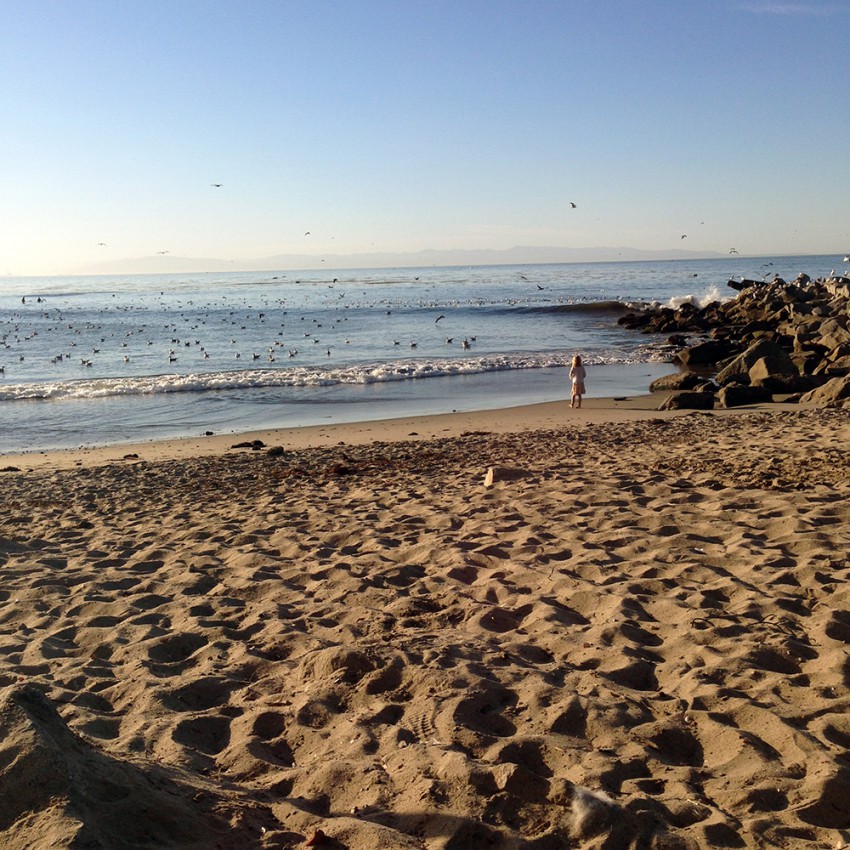 A little girl looks on as seagulls float in the water and a perfect mini tube rolls through at 1st jetty. 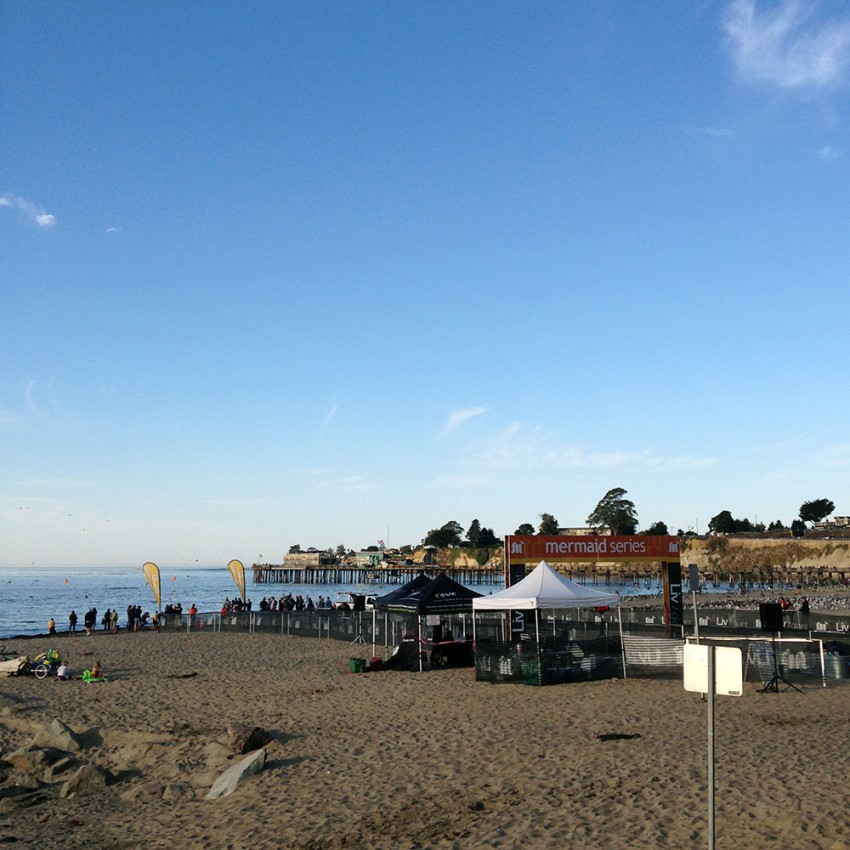 The Mermaid Triathlon set up on the beach. 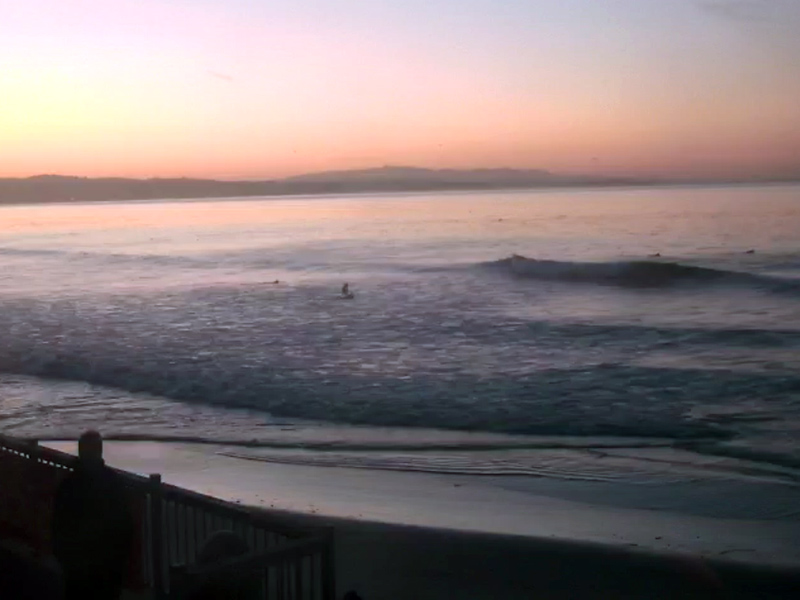 As the old surf adage goes, “should’ve been here earlier.” 7am on the cam.