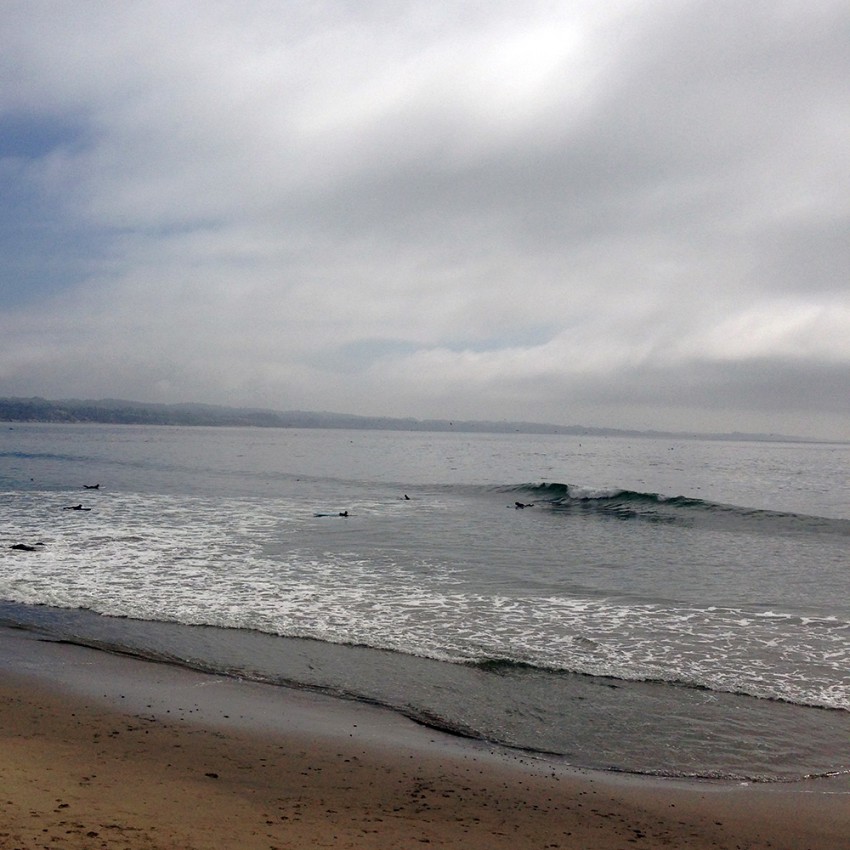 So much fun today. Surfed for two hours with fun, mellow, consistent waves. Low tide was at 2.5′ at 11:30am so we got to sleep in before driving down from SF. Barely any crowds because the swell was forecasted as small, the temps felt like fall, and marine layer hung over the coast the whole morning. Then, miraculously cleared just as we paddled out. Whenever I’m out of the water for a week, that first step into the ocean is always a relief and instant stoke. Finally back to the ocean.

Small group of surfers over by 2nd jetty: the surf coach from Capitola Beach Co with a student, couple of longboarders, two Dads and kids, and the old guy on the SUP that later got the outside wave of the day. Saw Max catch his first ride on his 9’6″ Pearson Formula One – a clean right all the way south – and knew it was going to be a great sesh. The waves were soft and slower but still perfect. Started waiting until later to paddle for the oncoming rise, paddle fast, catch it with a few strokes, popup going right. In between mellow waves there were a several sets that rolled in with more size. Got a super clean one near the end that was long and smooth. Lines rolling through. Surfers sharing the lineup. Relaxing, rejuvenating session. Ate at Dharma’s, then stopped by Pearson where Max got a 9’6″ performance board (as a backup for his just-dinged-on-the-nose Pearson). Bonus whirlpool room at the Fairfield afterwards. Wee.