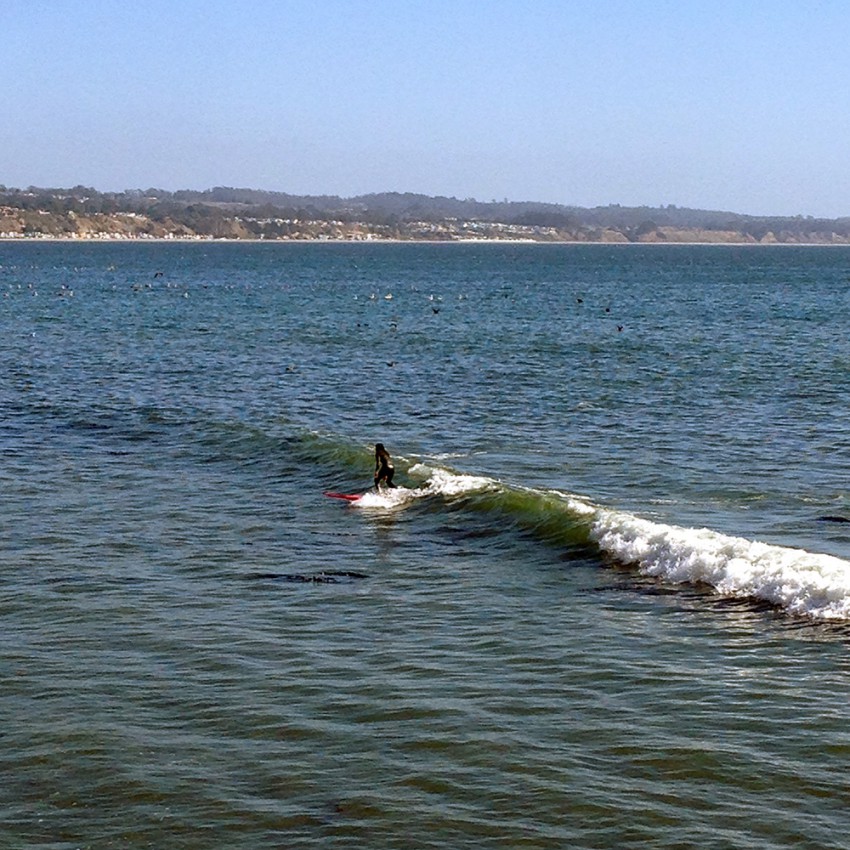 SO GOOD TO BE BACK IN THE WATER after 17 days. Life’s been good/busy with work and had a fun week in VA spending time with the whole family and meeting little Maya, but I’ve been waiting for this day to get back in the ocean. Turned out to be just as fun as ever. Though at first glance, it didn’t seem like there were any waves. Only two surfers were out when we looked. Waves weren’t quite breaking until pretty close in. Everything looks different when you’re in the water, though, and the waves turned out to be great. Small conditions and surface chop from the windswell, but the waves were easy to catch and there was only one other guy out. When we headed out, sea birds had filled the lineup from 1st jetty all the way over. Wacky! Waves were pretty much nonstop and Max and I got five or six within the first 25 minutes. Small peelers that formed into perfect rights with just enough power to do some swoopy turns. So relaxing and exhilarating at the same time. Paddle back out, sit for a few seconds, catch another one. Max went in after a bit because he has some nose bug and is stuffed up. I stayed out for another half hour or so and took turns catching waves with the other guy. Beautiful weather and fun waves. Thanks to Max for the photos. 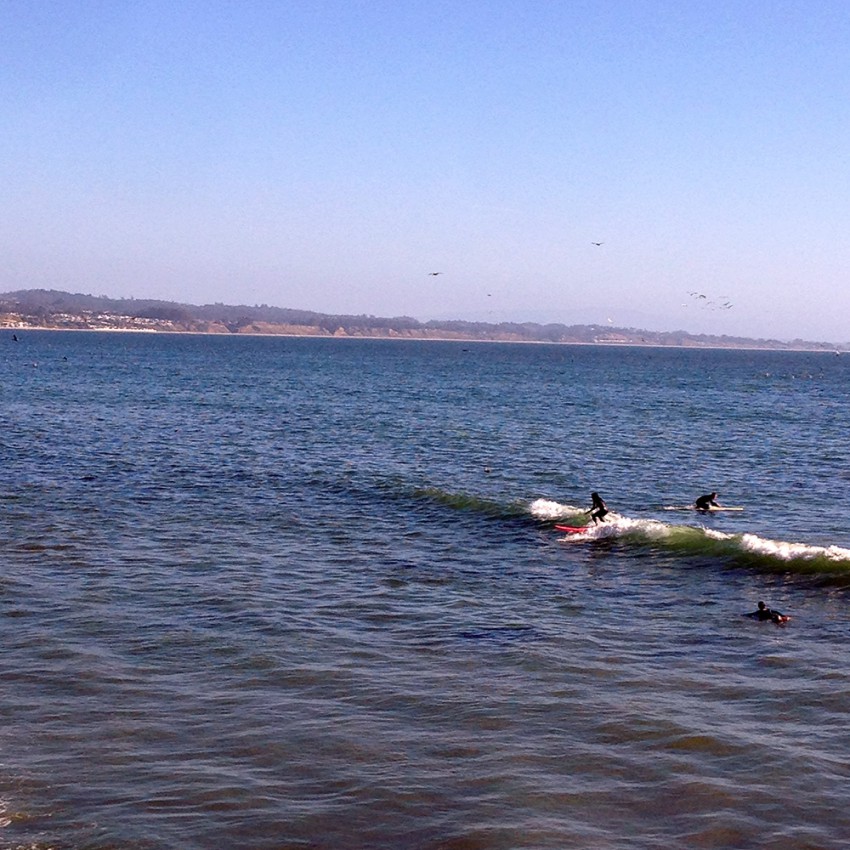 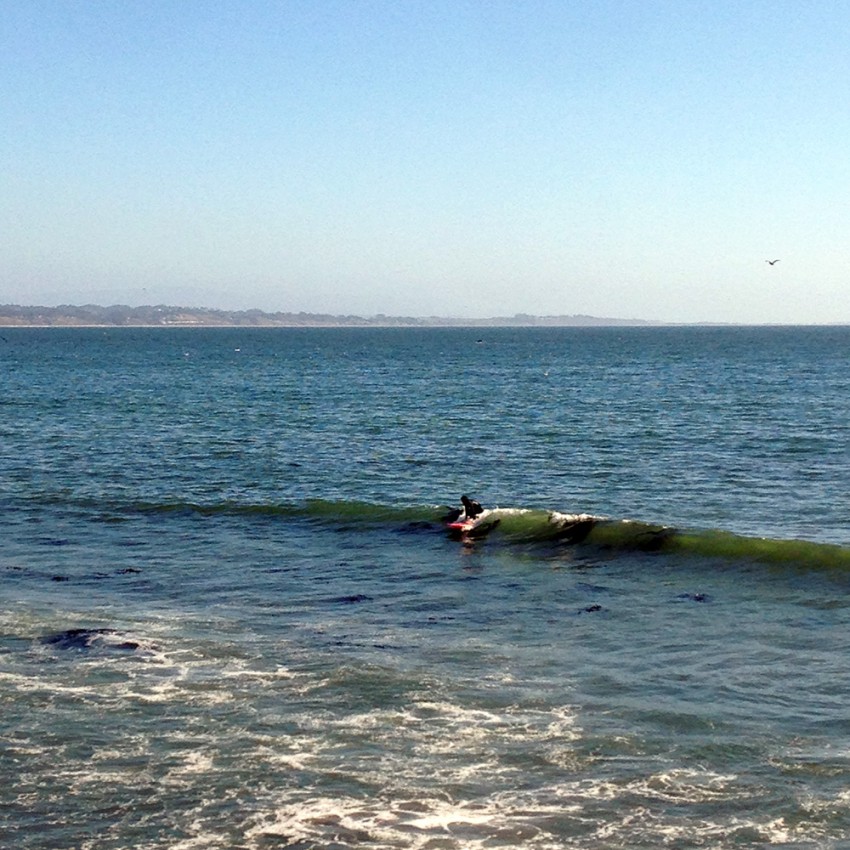 #286 / 12pm / 2′ dropping / 8′ Revolver
[Regional Summary: A mix of mid-period and shorter-period WNW swell with very minor SW swell is the main source for waves today across the region. Most breaks are in the knee-waist high range while the better wintertime spots are producing the occasional chest/shoulder high set, especially North of town. Most of town will have a difficult time pulling in the shorter period energy, so breaks without a good view to the WNW direction will be much smaller. Breezy NW-WNW winds will pick up throughout the day but should bypass most of town due to the steep direction. Incoming tide this morning reaches 5.74 feet at 8:52am and drops down to -.54 feet at 3:38pm.]
0-1 ft
1ft 11s W (265°)
1ft 12s SSW (206°)