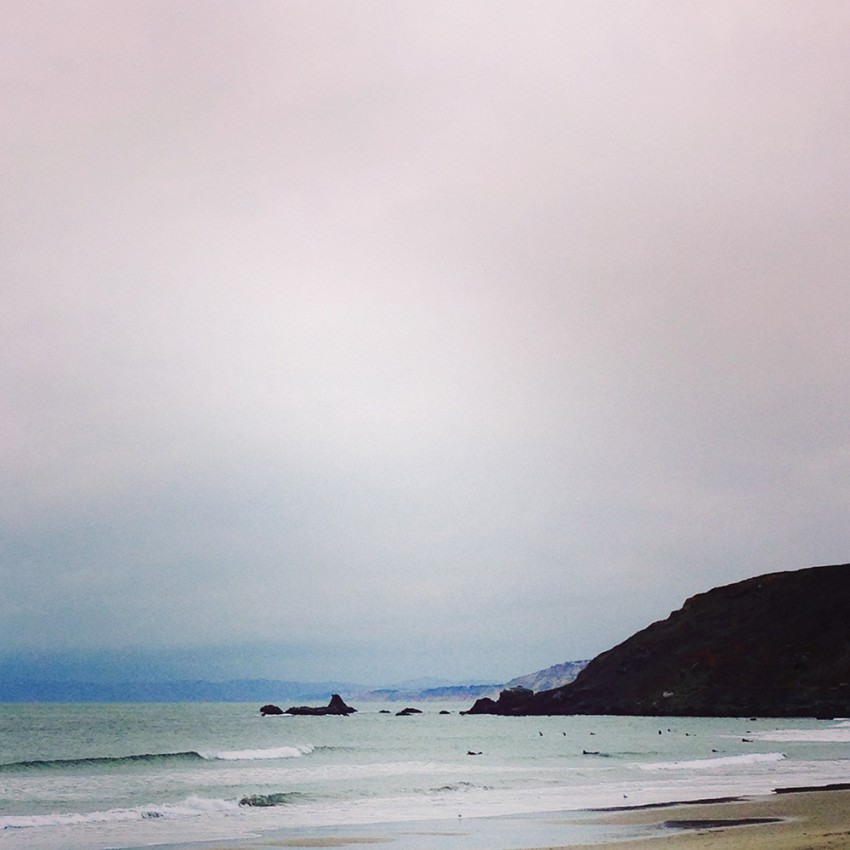 Needed a brain reset after too many days out of the water – both of us were sick before, during and after Thanksgiving break and occupied with work. To top it off, the weather has dropped to wintery-for-SF temps of 30-40. Late this afternoon I only had a window of about an hour to make it down to Pacific before dark. After several days of stressing out and working on our presentations, I really needed a brain break. After watching the cam, it looked manageable at LM with only a handful of surfers out. Max wasn’t feeling well and opted to stay home. Grabbed my down jacket, surf bin and a PBJ sandwich and headed down to the beach. Only a few cars in the lot. Asked one surfer how it was and he replied, “pretty fun at the north end.” I suited up quickly – only had 40 mins before dark and it was COLD and getting really windy (but changing in the O’Neill robe for the first time was awesome. Also glad to have it in the Jeep because I had forgotten my towel.). Wind was picking up. Headed out north of the pumphouse where I hadn’t been before. Water was freezing and the wind was whipping spray everywhere. Saw a guy on a longboard catch a nice right. Headed out near where he was. Paddled for a left but didn’t quite make it over the lip. Paddled for another, got it, popped up and the wind pushed me back! There were only three of us in that area paddling around as it started to rain, the skies darkening with dusk. On another wave I popped up but didn’t quite make the wave and a seagull flew right in front of my head. Started to hail a bit, I think. Or I was possibly hallucinating ;) Current pushed everyone north. I paddled farther south. A guy paddled by me and said, “I don’t have my contacts in. Is that a wave? Or is it just a dark cloud?” I replied, “it’s hard to tell. Think it’s a dark cloud.” It was getting dark quickly. Saw a possible wave approaching, paddled and to my surprise and total delight, caught it and rode it in. Paddled into the beach. The wind was blowing so hard I could barely walk my board back up to the lot. A guy jogged by me with his M10. Back to the Jeep. Moving as fast as possible. Quite an effort to get the board back into the roof rack. Missing Max! Called him, got some tacos, and drove home in the dark and rainy evening totally stoked. Cold, dark, offshore – felt so alive. 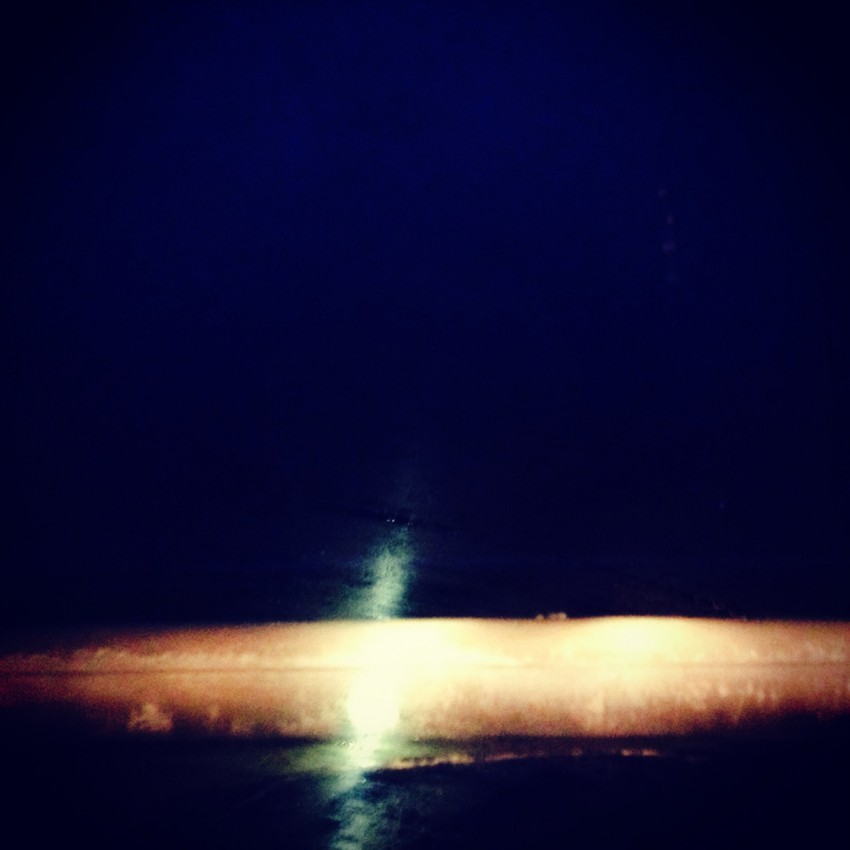 View out of the Jeep window after getting out.