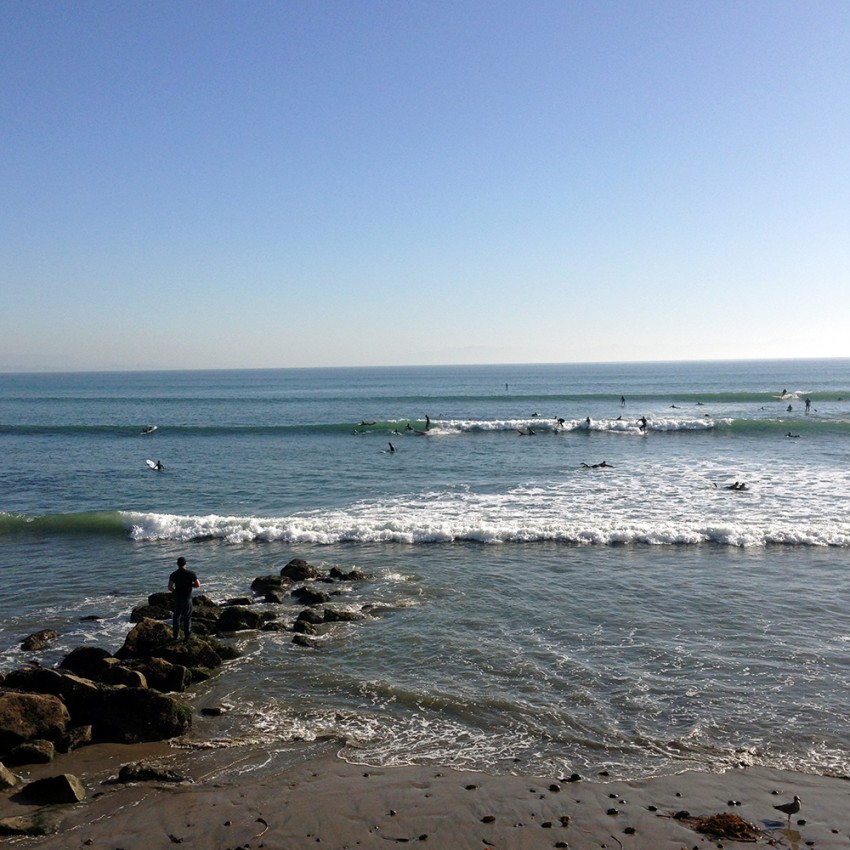 Woo, I’ve been waiting for this day all week – some WNW swell at Capitola! Drove down this morning for a two-night stay to catch this mini-swell. Got a bit nervous when we rounded Wharf Rd and Max saw a big breaking outside set. From the esplanade, though, it looked much more manageable and really fun. Loooong lines wrapping around from the outside all the way down to the cove, with those two spots down there working as well. Not as huge as last winter’s 5-6′ WNW, which is great. Beach was packed and so were the lineups (left way down in the cove, middle cove spot, outside of 2nd jetty, farther out, and farther out still) but that’s to be expected with some swell and a Saturday over the winter break. Once out, it was easy to navigate the crowds. Chill group of surfers out and I was psyched to see several really good women surfers ripping it up. Saw the brown-haired longboarder woman from last weekend’s small wave sesh. “Not small now, is it?!” she shouted. Max and I both got rides right away. He was out on his 9’6″ performance Pearson and not really used to it after the shorter boards of the past sessions. He got a couple of good rides but said he had mostly waves that he would paddle for, then pearl. The first one that we both got were slow-motion rights all the way right into the inside kelp. Super relaxing. After that, they were faster from farther out. Got so many rides today – some blasted off the inevitably breaking outside set that rolled through, but many that were clean, fast, dodging through the inside lineup, so loooooong. My best was a wave where I saw the peak curling over at me, popped up and got a clean takeoff right, turned left, then did a fast “check” turn to go right again. Not sure what it was. Never did it before. Felt so good. Today’s great rides were marked by more intentional turns, looking at the wave, going around surfers on the inside, judging the speed and pace, pulling up high, standing more vertical to turn left, crouching down low to shoot ahead on the right. Feels like at some point in the past few sessions, I’m using my body more to do stuff. Got a ride-by shaka from one surfer when I turned left to avoid him so hopefully, that’s a sign that these new moves are actually good and not just good in my head. Ha. 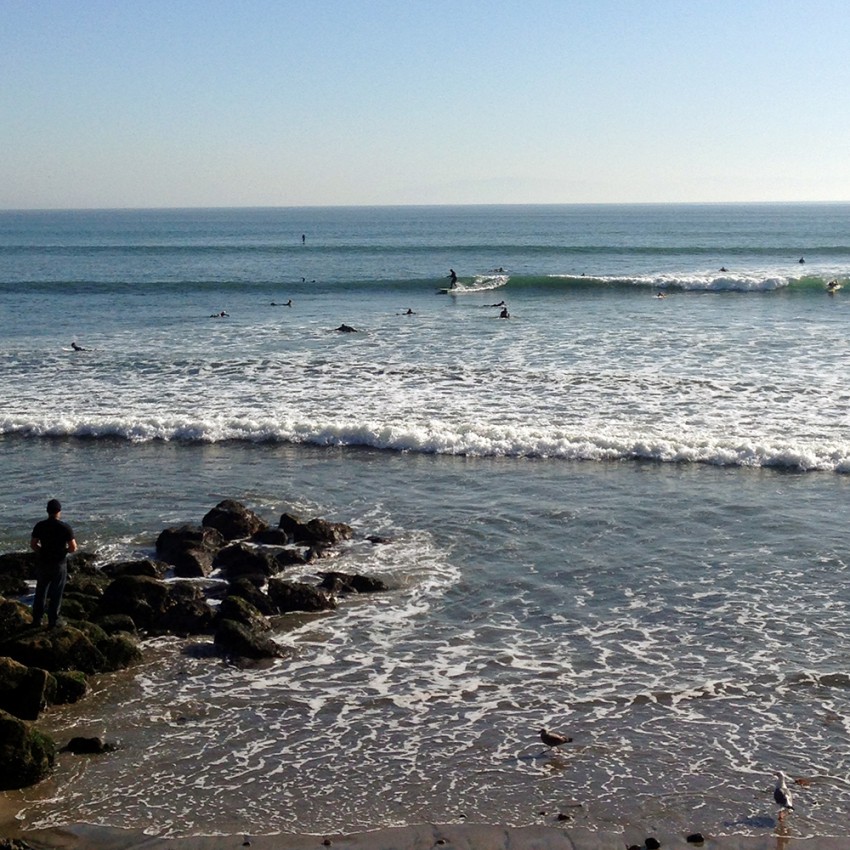 #295 / 2:45pm / 1′ rising / 8′ Revolver
[Regional Summary: Surf looks pretty fun today as a relatively solid WNW swell fills in while the old one continues to fade. Look for this new swell to provide exposed winter breaks with head high waves, while standout spots see sets up to a few feet overhead. Breaks North of town go even bigger, potentially hitting double overhead at times. Some breaks may be a little sluggish early this morning as the tide recently peaked at 6:04am at 5.79 feet. Look for a little more size as the new swell tops out and the tide drops throughout the morning to 0.09 feet at 1:17pm. Clean conditions right now with light winds, go surf!]
2-3ft
3ft at 15s WNW (291°)
0ft at 9s SSW (193°)
0ft at 0s N (0°)