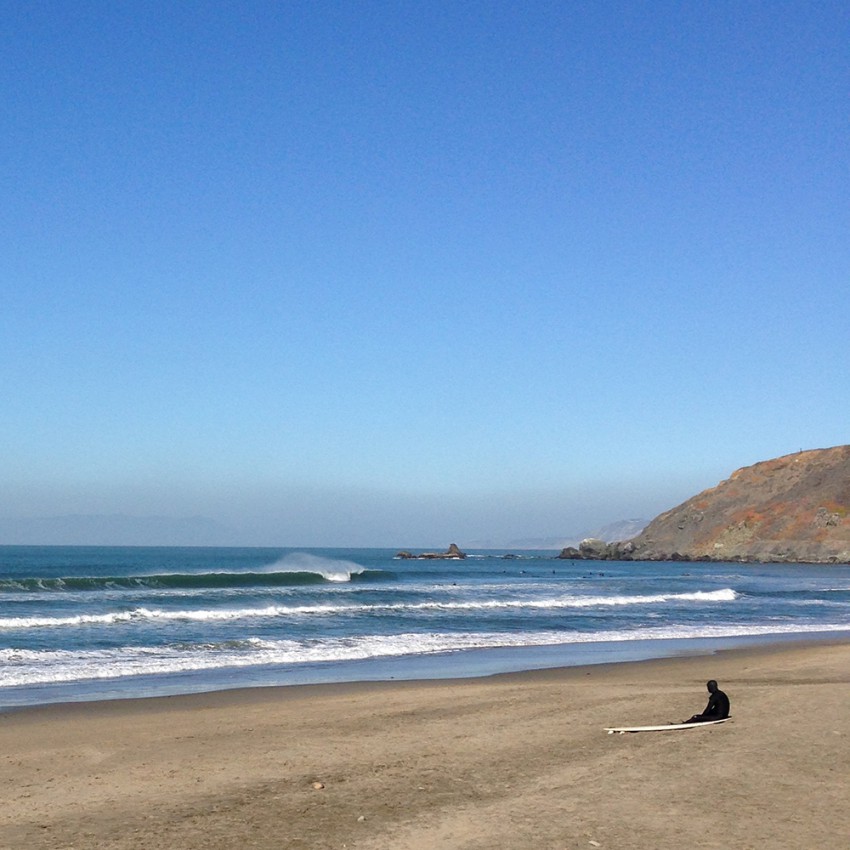 Facetimed with the fam this morning. Miss them. Then we headed down to Linda Mar. From the cam we knew it was 2-3′ and offshore. Turquoise blue water. Sun. Christmas in California is still weird and awesome to me even after a decade. The beach was crowded but we found an upfront spot. More surfers out than appeared on the cam. Long lines for LM. Not too many closeouts. Spray shooting off the peaks. Beautiful. Paddled out to the north of TB. We were too far out for a while, with waves not breaking until pretty close in. Repositioned farther north lined up to the cyprus trees. Current pushed everyone south. I paddled for a bunch that didn’t break. Got two standups but wasn’t on the face. Realized the waves coming in were hitting a deep spot. After quite a workout, I opted to keep paddling north to where the better surfers seemed to be getting waves. The local group that knew each other – the woman longboarder with the baseball hat, the younger guy that ran to the nose, the old guy, the bearded guy with the ponytail – were the ones getting most of the good rides. Finally I waited my turn as they each picked off one of the set. I was in the right spot for the next one, paddled, caught it, turned hard right (the bearded guy with the ponytail was paddling back out to my left and I didn’t want to run into him), pulled up high on the line and went right, did a turn back left and a couple of pumping turns. Maybe because I had worked so hard to get that wave, or maybe because of the offshore spray, or maybe because there was a crowd in the lineup watching, but that ride was probably the only time I’ve been more aggressive/powerful with the few maneuvers I can make. Felt really good. Later I had a near run-in with the longboarder to the left of me when I saw him take off at the last second, pulled back, but the lip of the wave still pushed my board forward and into his. Luckily, no harm done. Saw Max near the end of the sesh (he’d been farther south than me on his blue Junod). Just wanted to get one more good one. Max went into the beach to hang out. I waited. The woman with the baseball hat caught one inside of me. I moved farther in. Waited. Finally saw one lining up from the north, paddled, caught it, wobbled a bit but regained my balance and rode it in. Fun, invigorating, workout sesh. Merry surfmas! 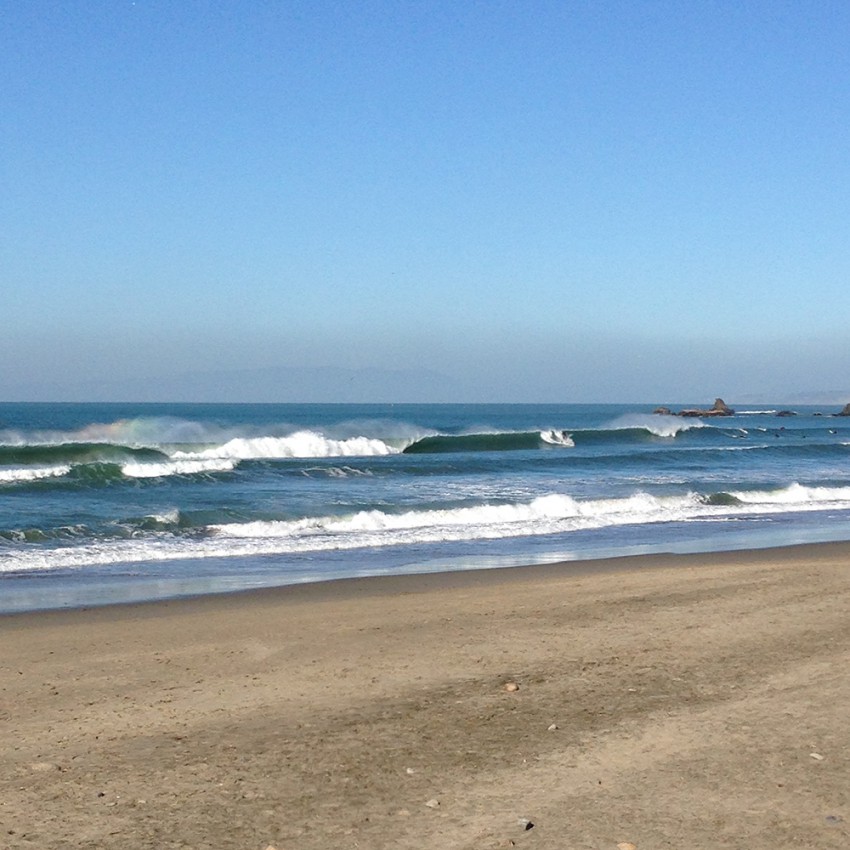