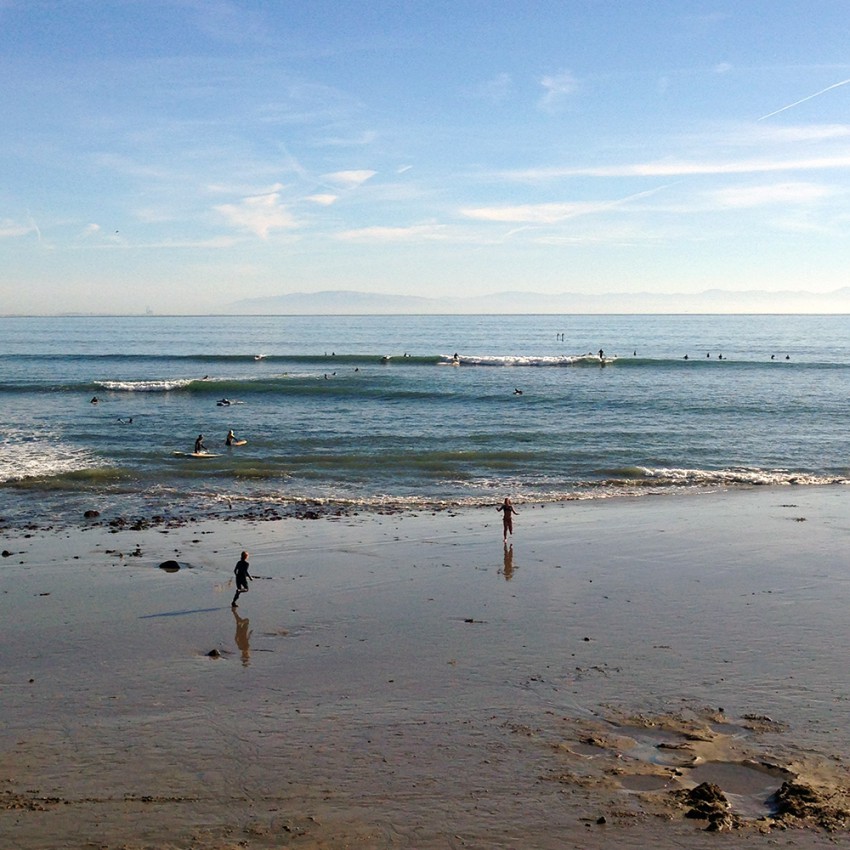 Crowded at the beach today, the second to last day of the year, with sunny skies and warm temps. After missing two spots, waited 20 minutes in the paid lot until a car pulled out. Phew. Finally go to eat. Hadn’t slept well at the hotel last night. On surf check, an outside set was coming through and the outside jacked up and the line stretched all the way from the pier-side down towards to cove. Turned out to be bigger than forecasted, with the WNW swell building (the one that was originally supposed to be here Sunday will be here tomorrow). Lots of different lines coming through on a negative low tide. Paddled out together. Max went for one closer to the 1st jetty where the outside lefts were reforming. I paddled farther south to the outside to see if I could get one of those outside rights. Saw a few familiar faces from last week. First one I went for I almost got but one of the longboarders that parked next to us was already deeper than me and charging right down the line, so I pulled back. The second one was a steep outside wave without anyone near me. I made the steep drop and went right but then fell off the right side of my board. That would’ve been one of those long, epic outside rights if I had stayed on. Still happy to have made the big drop. Max said he saw me paddle hard, pop through the lip and come flying down the face. Then he lost sight of me as he paddled over a wave. Paddled for lots more, but it was tricky to find any of those inside ones that were working. Between the negative low tide and the multi-directional swell, lots of bumps and waves that broke into each other. Went back over towards 1st jetty and got a good party wave with Max. Just had to paddle a few times, caught it, went zipping left. Then realized 1st jetty was pretty close and a Dad and his son on longboards were on the inside so I straightened out. Dad waved thanks. Decided to try farther out for a longer ride. The outside of 1st jetty had more shortboarders catching lefts. That was a clue to watch out for more hollow waves. A bigger set rolled through and I watched the surfer to the right paddle for it but he was too deep. Another surfer to my left paddled for another one but he was too far on the shoulder. The next line rolled in and I thought I was in position. Paddled for it, didn’t make it. Got pitched upside down and did some backwards somersaults under water. Relax. Hope my board is ok! Finally came up for air. In retrospect, I think I paddled too early and got too far ahead of it. Maybe should’ve waited for it to approach more, then paddled faster. Or, maybe I was too deep. Headed in after that. On the time clock to get back to SF after our two day stay in Capitola. Was stoked to get a fun, inside wave to the beach. Max was having fun getting waves on his 8′ Intruder. So glad he’s liking that board. He also ran into Kristofer from work in the lineup when I had just gotten out. As we walked our boards back to the beach, a family was getting out of their car and one of the little kids said, “look! Surfers!”. Wonder if that’s the first time they’ve seen one :) 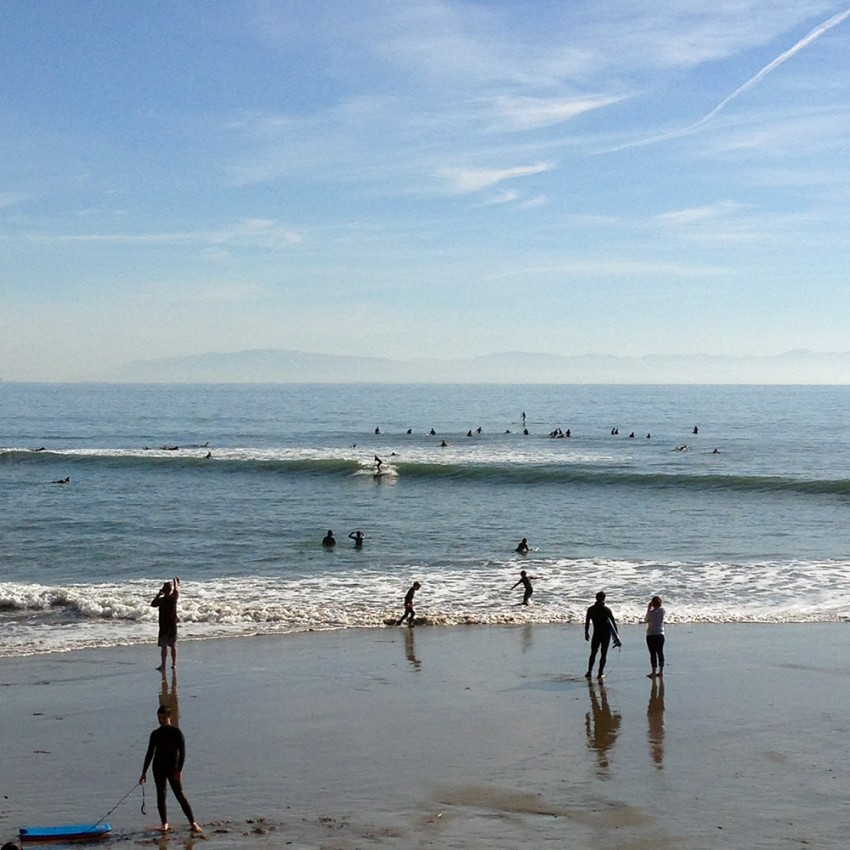 [Santa Cruz Afternoon Regional Overview: Solid, building WNW swell sets up lots of head high waves for the region with standout spots through town running 2-3′ overhead on the best sets. Winds remain light and conditions clean. Surf should only improve over the next few hours with a dropping tide and building swell.]