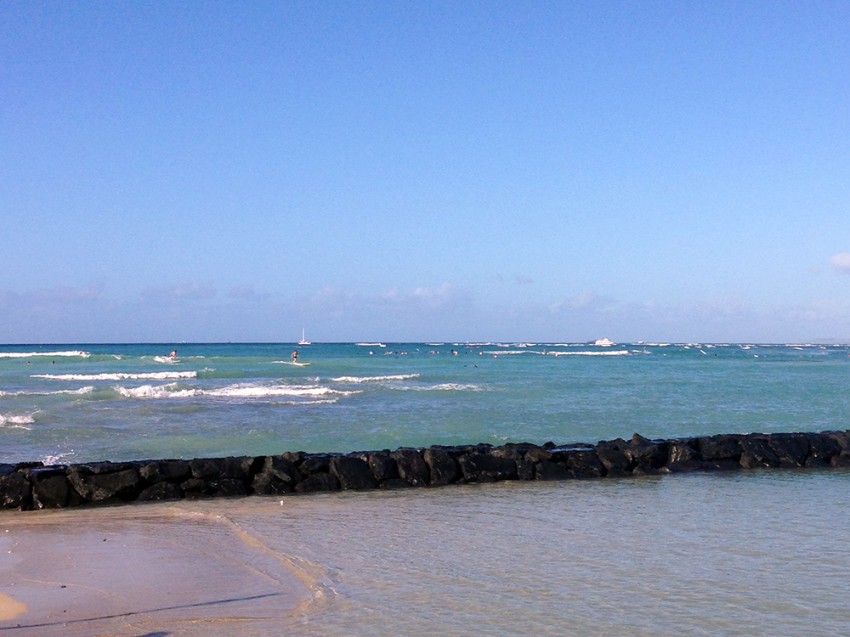 Happy new year from Hawaii! Arrived yesterday to overcast, rainy weather, but yes, it was warmer than I’ve felt in months. I could see whitecaps far below in the ocean from my window seat as the plane approached. Hadn’t seen the surf blown out by 15mph onshore SSW winds here before – looked as psycho as a super blown out Pacifica when the NW winds are bad. We opted to eat lunch and get settled in. Looking forward to being here for nine days. Surf is small on the south shore as expected, but today still turned out to be fun. Low expectations meant we were just having fun catching mixed waves in different lineups. Pretty crowded at times. Could see Pops on the far outside when it broke. Might have to try that tomorrow. We started off lined up to the Royal Hawaiian, catching a few fun inside rides. Then moved over to the inside of Canoes, outside of Canoes (long lull), back to the inside/outside Royal Hawaiian area. It was only supposed to be 7s so waves would bump out an flatten out when it hit the next reef. I got an early longest one of the day. Some middle mushy ones that fizzled out. Almost got those two outside ones at the end. Glad I had the Revolver with the bit of extra weight to push through some of the chops and bumps. Water was warm but afterwards without sun, it was a bit chilly. Funny that I’m usually warm (in my wetsuit) at home and now I’m in the tropics and a little cold. 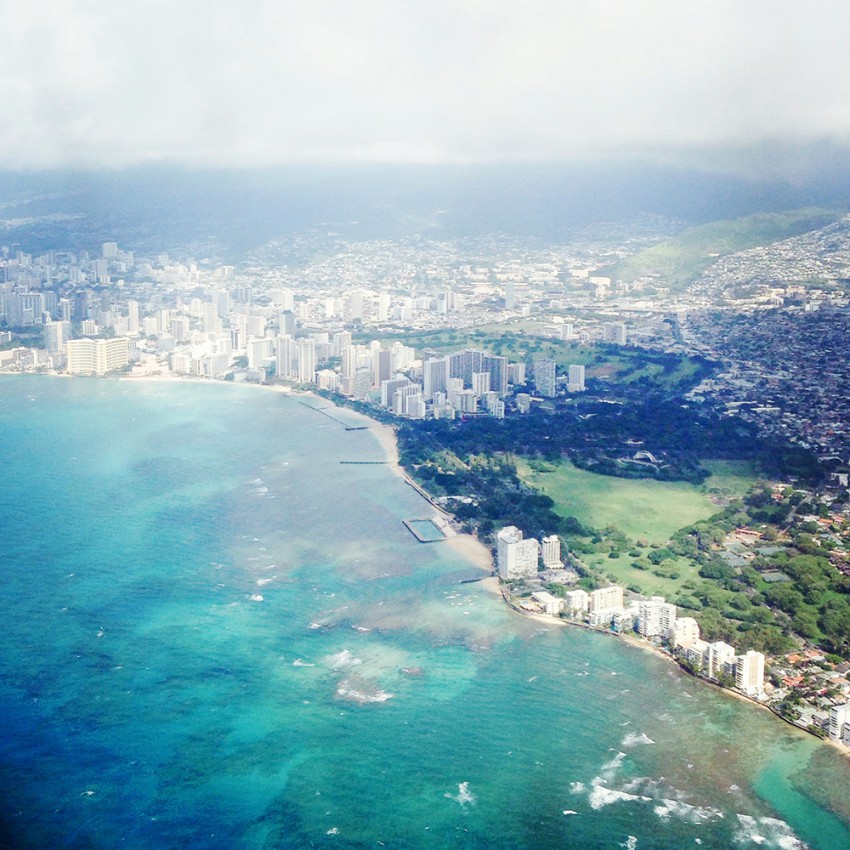 Yesterday as the plane approached. 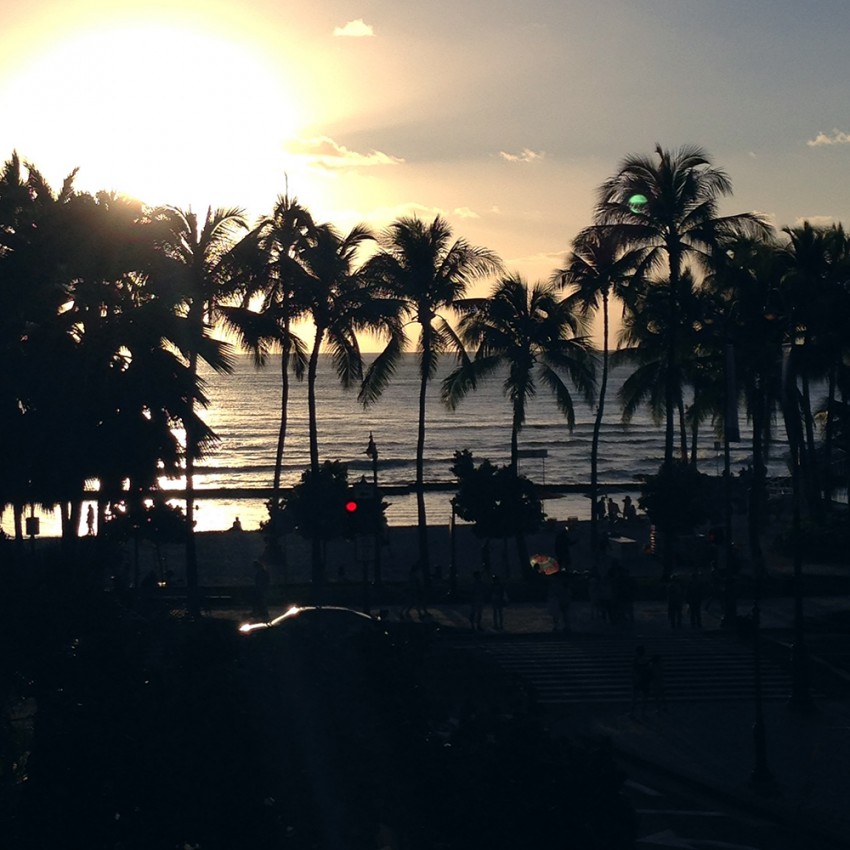 #298 / 11:30am / 1′ dropping / 8′ Revolver
[Regional Summary: Slight bump up in SSW swell energy today with crisp NW winds making for better conditions than yesterday. Waves are in the knee high range with some inconsistent larger sets at select locations. Brisk NNW winds are providing stiff side to offshore conditions for town shorelines today. Are there any more late season swells on the near horizon? Check our extended forecast for all the details. ]
1-2ft
1ft at 5s WSW (257°)
1ft at 11s SSW (205°)
1ft at 15s SW (214°)