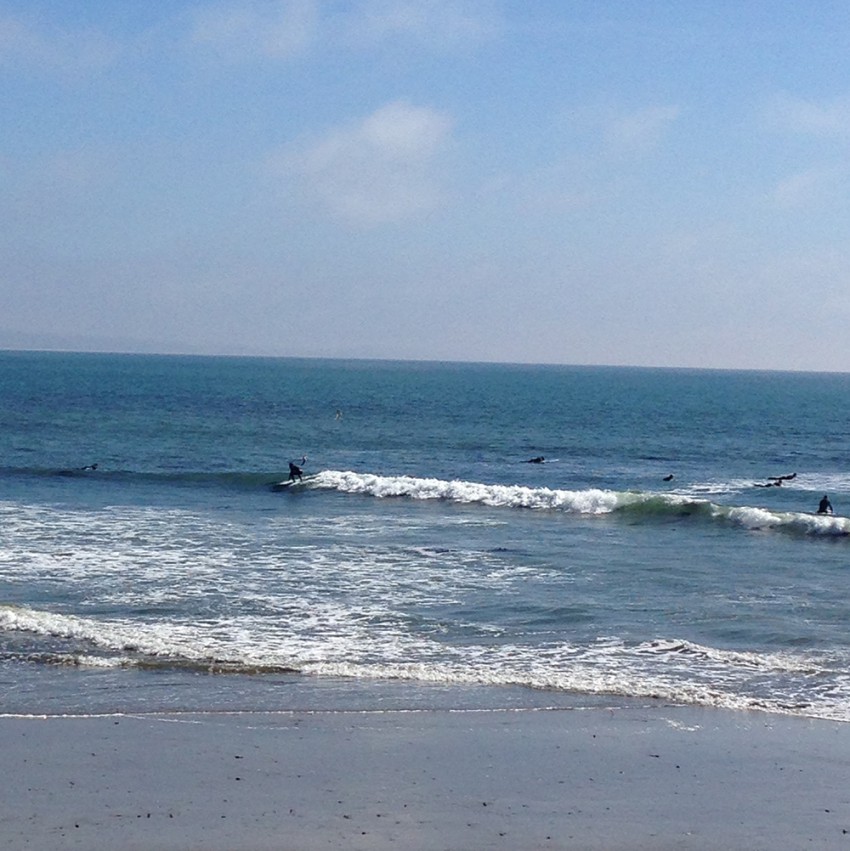 Worked the past two weekends so we got to take this Monday off and savor a rare, uncrowded weekday surf in Capitola. Slept in at the hotel and arrived at the beach at low tide around noon. The wind had picked up, an unusual thing for Capitola, and the water was textured and warbly, made more so by the low tide. Still, a handful of locals were out in the water and I saw the woman from yesterday catch a fun inside left. Later, she was coming in as I was on the beach about to paddle out. We said hi and chatted about the strange, windy conditions and I said I just saw her catch the wave of the day – another nice left all the way in. She smiled but shrugged it off. Good surfers are usually really humble. Her last words were “get out there! It’s always better to go out!” Today turned out to rank up there with some of my favorite sessions ever. Max decided to try his new 6’2″ Ebert “Po” board and went back to the car to get it so I paddled out alone. Said hey to three (!) surfers in the lineup. Can I say again how much I love weekday surfs?! Lots of cross waves and jumble, but when the set started, there was a clean peak that steeped up. The two guys went on the first one and I was perfectly lined up for the next. Paddled and caught it with total glee. Had a fun drop and turn right. Lots of kelp and the inside was really shallow. Saw otters eating and swimming around. Max said a seal was watching me as I paddled for a wave. Got so many waves today to make up for yesterday and restore some confidence in my wave-catching ability ;) The lefts were fast and memorable. Always rights at Cap. So fun to go left. Got two longer, outside ones that took me swooping around kelp and up and down the wave a bit. Took turns catching waves with the guy on the blue longboard, the other with the hat, and a woman with dreadlocks. Max got several rides on his Simmons-inspired board! So stoked for him. Now I’m kinda jealous and might need to break my strict one-board-at-a-time policy and get one. Hmmm. Today was a long, mind-clearing, soul-filling kind of session…the few surfers, the wind, the spray, the jumbled waves that turned into just enough of a peak to give you a great ride. When we left, the other two guys were getting out too, leaving just one stoked longboarder out there to catch his fill of endless waves. Amazing. 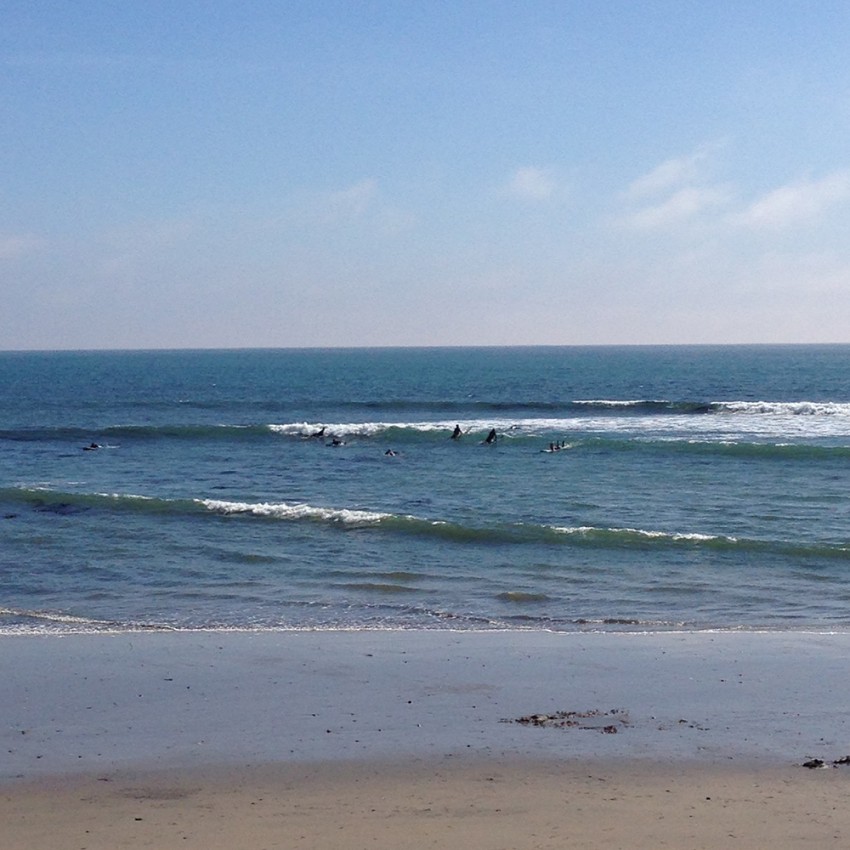 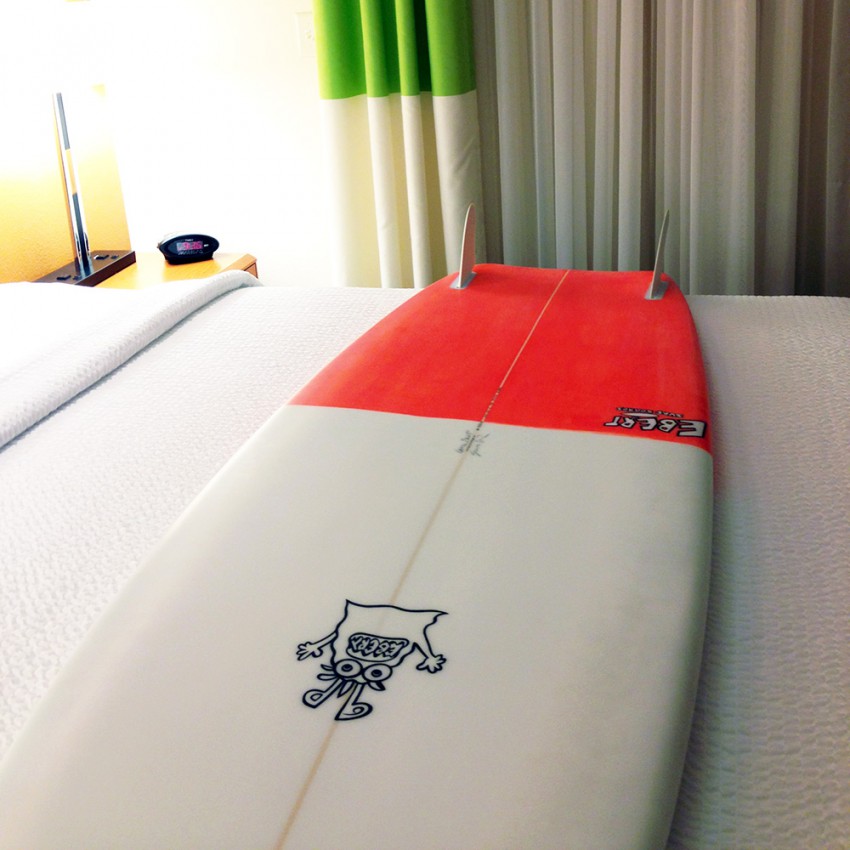