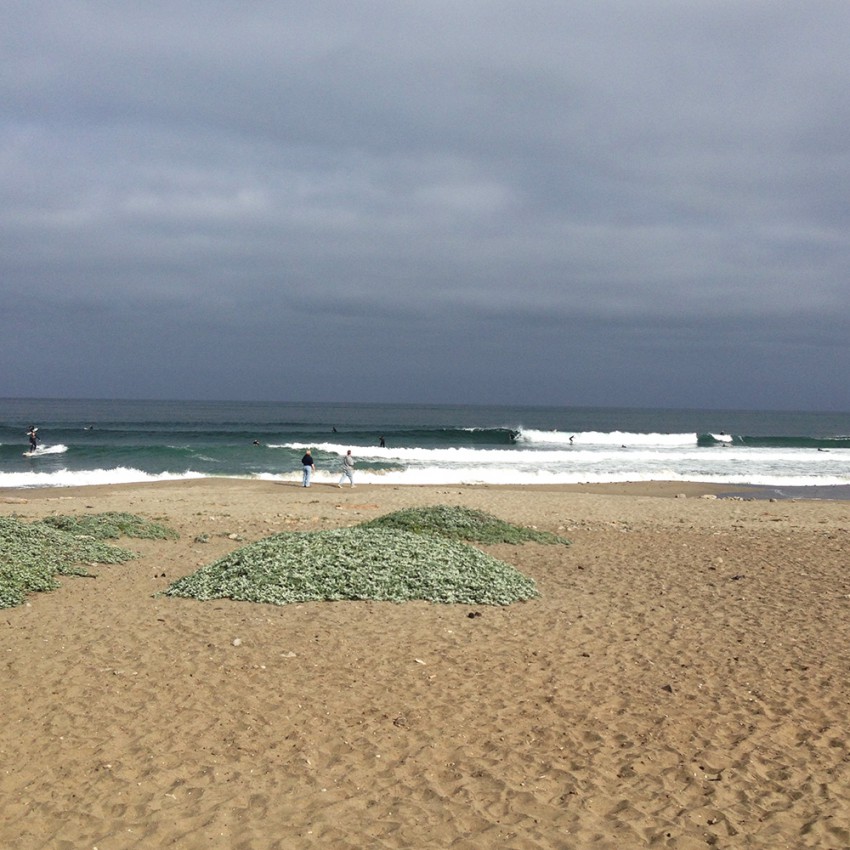 Tide times didn’t work out for Saturday morning in Capitola, plus it’s been really small, so we opted for an early LM surf instead. Arrived around 9am and it looked good – slightly offshore and cleaner-than-usual lines. The right and left from yesterday in front of the lot were still holding up. We chose to avoid the crowds on those two peaks and parked in the south lot and headed out there. Pretty pleased to have my own space to look for little waves. Max had fun on his Ebert catching inside waves. I sat on the outside and was thrilled to not have a rushed pre-work session. I lucked out and caught some good rights, fast enough to turn and just long enough to pull up and cruise. More crowds showed up as the morning progressed and the sun came out. Max went in to the beach after getting a cut on his toe. After that, a lull ensued and I waited it out. Managed to get a short left. Got another clean right but my foot was caught in my leash and I fell off. Lull continued and the wind shifted onshore. Got a little ride in. Fun, relaxing Saturday sesh. Stoked to get more water time and some good turns.

#316 / 10am / 4′ high / 8′ Revolver
[Regional Summary: We have a blend of NW windswell and small to modest SSW swell on tap this morning. Waves are in the knee to chest high zone for most of the region, while standout spots that favor the shorter period see a few peaks in the shoulder high plus range. A 4.7′ high tide at 9:52am will slow things down a bit and there is already some texture from onshore winds this morning. Expect the surf to speed up as the tide drops out later this morning/afternoon, however conditions should deteriorate with rising onshore flow.]
4ft
4ft at 10s NW (318°)
1ft at 8s WSW (232°)
1ft at 12s SW (226°)