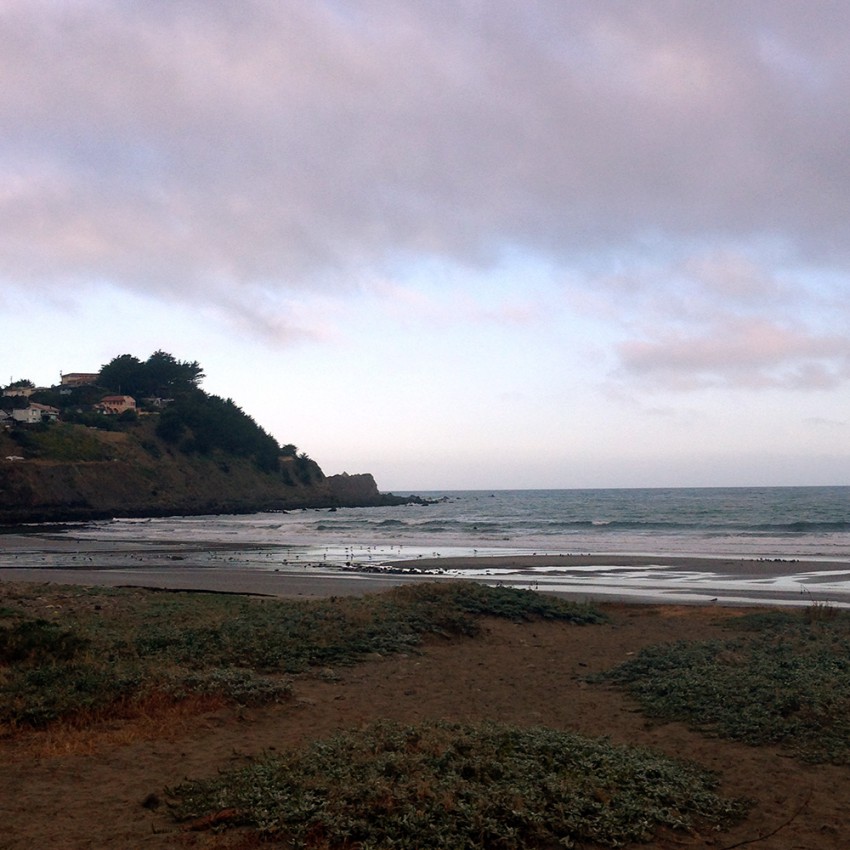 Busy week at work before launch and I really wanted to get in the water this Friday morning before the weekend crowds. Wasn’t supposed to be great conditions with the negative low tide and some 8kt WNW winds, but I still wanted to go. Max had a weird night of sleep and stayed in bed while I jetted down to the beach. The main lot had a few cars but the south lot was completely empty when I pulled into a beach-front spot (and ran to the bathroom ^_^). Only one guy was out with his shortboard. I was the second one in the water! First time for that. I had Max’s Po again while my Revolver is still out. Caught a couple of whitewater rides to get going. With the tide pulled back and some windswell, it was pretty jumbly but uneven waves also steeped up as it hit the sandbar, then closed down in the shallows. Lots of kelp and rocks exposed. Decided to paddle farther out. Set started and had to keep going south to avoid the bigger/deeper rolling waves coming in that didn’t break until right on shore. First time I really paddled the Po to any extent and I got used to it quickly under the pressure of bigger waves coming through. Got to a good spot far enough south and sat up. Tried for one lumpy one and got up for a second. Repositioned and waited for another one. Paddled and surprisingly caught the wave, popped up and rode it right! Loving the Po. Stable and floaty enough, and fast when you’re up. Stoked. Got a burrito and headed back on time.