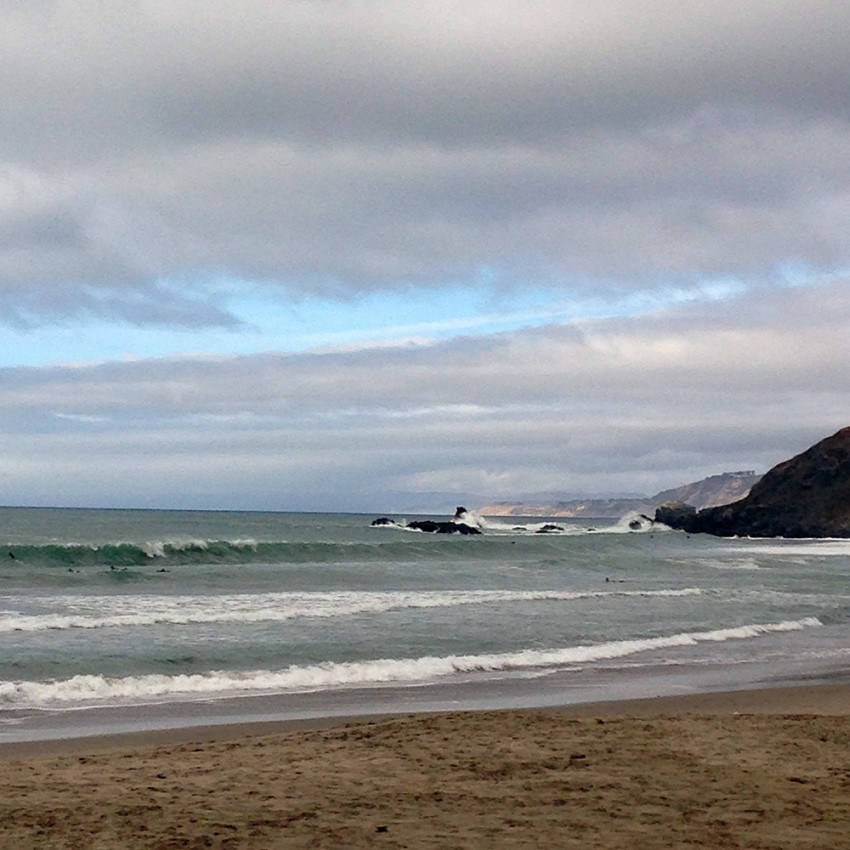 Big swells this past week, staring at offshore closeouts on the cam, and lots of work unknowns. TGIF. Max’s finger cut is still healing so I headed down solo. SF was sunny but Pacifica was overcast and windy with 16mph SW winds. When sets came through, there were steep lines that looked like they would be perfect until they hit the sandbar and became a big ol’ closeout all down the beach. The north end looked challenging and there were groups of surfers down there. I saw one guy get a huge right. Made the giant drop, then the wave caught up to him and just obliterated on top of him. Impressive nonetheless. Didn’t see anyone really make any waves in the middle section. Did see a few rides wayyyy down south. Between sets, it was pretty calm. Opted for the south end. Decided to take the Po because of the wind. Thought maybe I’d get some inside waves but after paddling out, seemed best to head for the outside and not get caught inside. Pretty shallow on the inside with the dropping tide too. Was stoked to feel good paddling on the Po and seem to have found the right spot to feel super balanced when I go for waves. Fun to lay on. Small group of surfers on the south end. One guy swimming and bodysurfing. A college-aged girl on her longboard on my inside. Waves weren’t really breaking until the shore, but it was fun to paddle over some bigger outside waves as they rolled through. Tried for two near the end that I thought would break, but they didn’t. Still, felt good paddling for them. Most of the sesh was moving around, feeling the water, staring at the horizon, soaking up the ocean. Near the end, the sun broke through the clouds above Pedro Point, lighting up the water and silhouetting the mountains. The sun busted out as I was getting out of my wetsuit and the sky turned blue. Stellar. A much-needed respite from the city and the regular world. 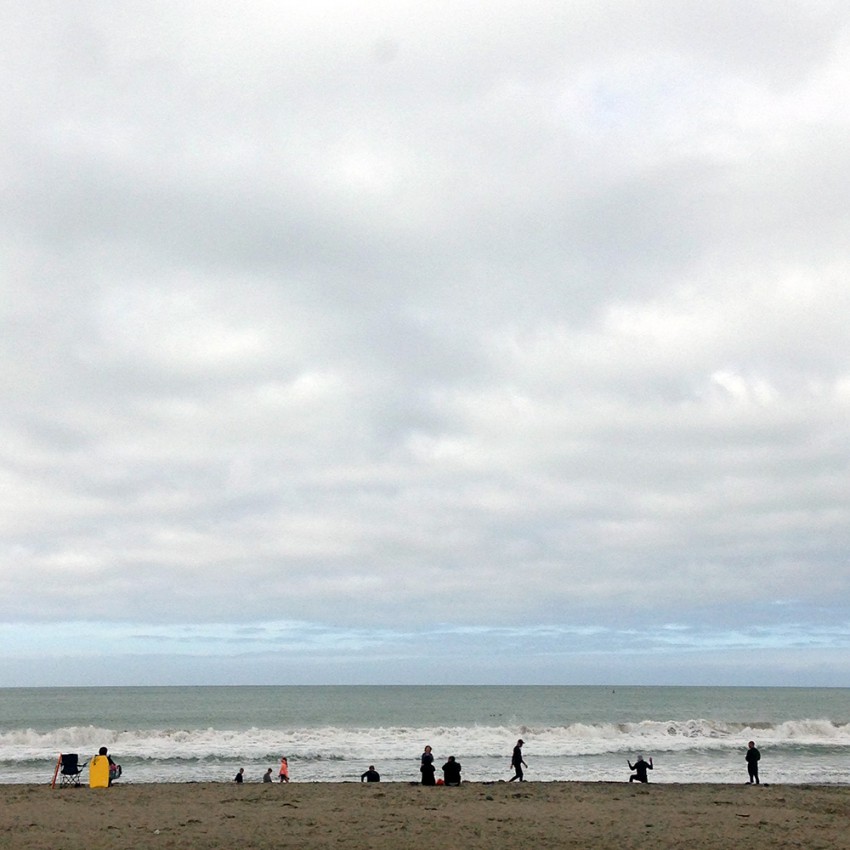 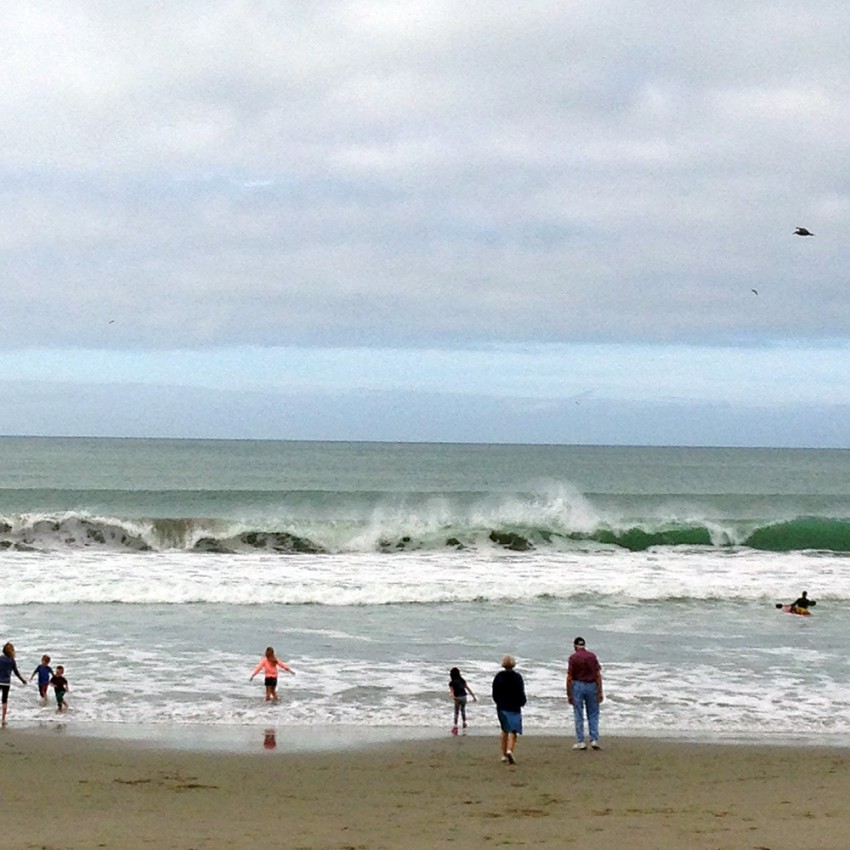