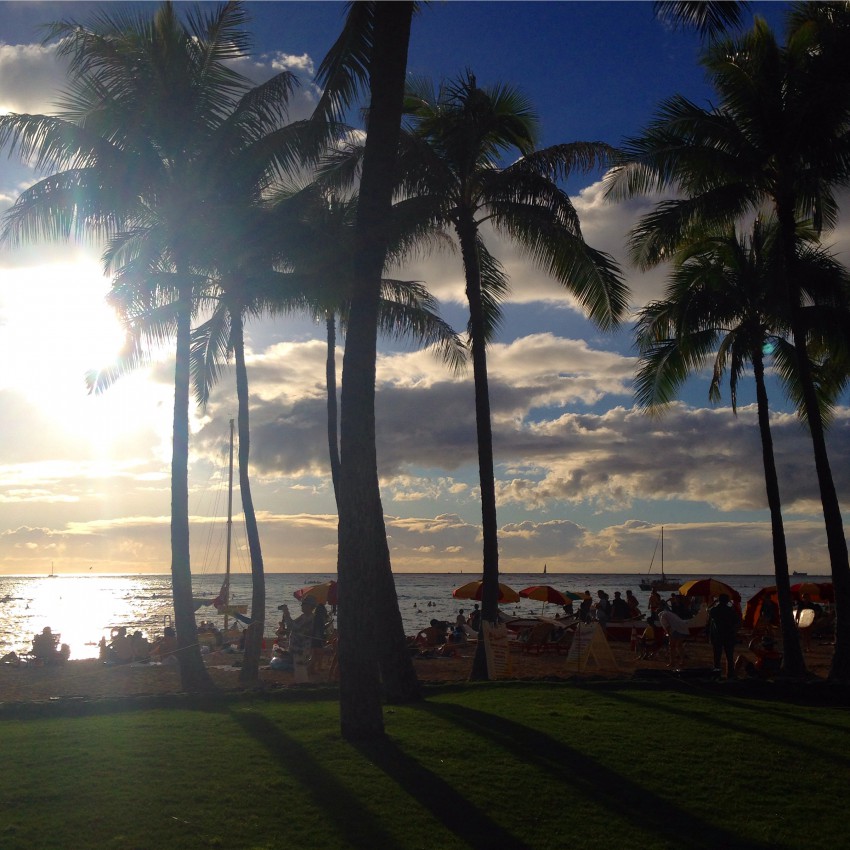 No chop today and much fewer crowds. The SSW swell has all but faded but there were still some small peelers. Sun was shining and the water was so blue. We caught lots of little waves on the outside by left tower. Even snuck in a good left farther over on the outside sandy spot. Later we moved more towards the right tower as the outriggers and classes came out. Managed to snag two good ones over there, including one party wave with Max. We took off as the outrigger paddled out and we rode past it giving them a shaka, then went left for a bit. I stayed on and the wave just keep reforming through to the inside until I was almost all the way in. Fun one.