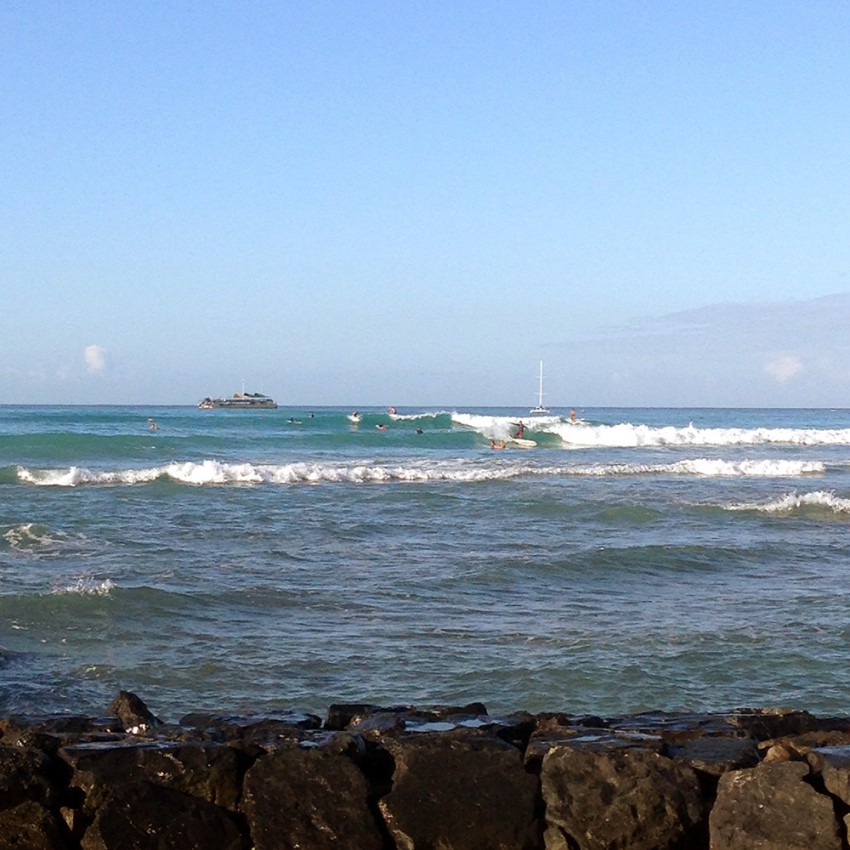 The rare off-season SSW swell did materialize and on surf check from the 24th floor window this morning, waves looked cleaner than yesterday and steady. Not as big as that day in July, but looked super fun. Max had a knee tweak when we woke up but luckily the Ibuprofen erased the weirdness. We ate some bananas and headed down to the beach. My yellow Takayama was out but Tony suggested the gray one, his other favorite. Turned out to be so much fun. Narrower than the yellow one, less dings and waterlogged, easier to turn and felt great. The waves were clean and the water was so blue today under the bright sun. As I paddled out to the left tower spot, I saw a blond guy pop up on a longboard and go right. It was Josh Kerr, with a big smile on his face. So awesome. Max said hey to him later and Josh smiled and gave him the peace sign. Also spotted Joe Turpel over by left tower on a longboard. Max chatted with him on a paddle back out later too. That’s one of the great things about Waikiki, home of surfing. Generations have shared these waters and you never know who’s going to be out in the lineup on any given day. To surf the same spot that Duke did is still pretty epic. And the waves. Today’s waves were dreamy. Clean, no chop, steady peaks that steeped up, easy to catch, fun drops, fast and powerful long waves that keep peeling right or left, inward and rolling, effortless. Whereas yesterday I had some glitches trying to get the yellow Takayama to go left, today was all smooth turns and managed to do some tail turns too. Nothing like cruising on waves swooping left or right. Fills the soul. Standing up, gliding along, feeling the power of the ocean, seeing Diamond Head or the buildings on the shore. Got so many waves. Max had a blast too. Chilled out on the grass afterwards soaking up the sun. 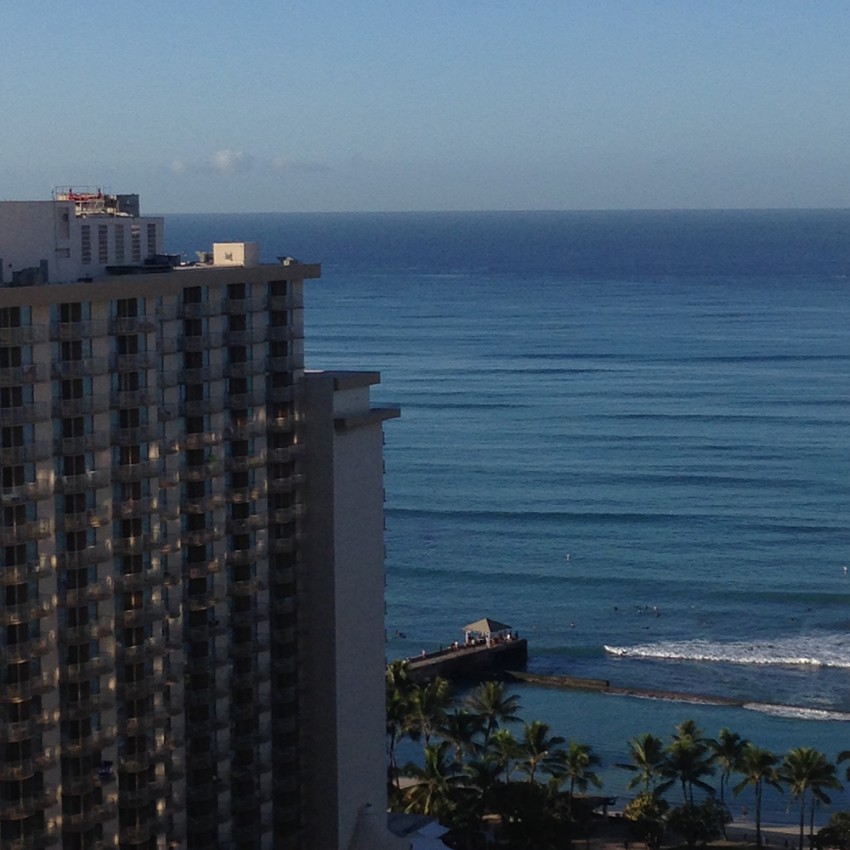 #362 / 10:10 (1.5) / .5′ rising / 9′3 Gray Takayama
2-3 ft- knee to waist high
FAIR TO GOOD CONDITIONS
AM Report and Short-Term Forecast for the South Shore: Another out of season SSW swell gracing town shorelines this morning. Waves are in the waist high range with some larger sets at the better exposed locations. Watch for some bigger sets to fill in throughout the day today. Sunny until mid morning, then partly sunny with isolated showers in the late morning and afternoon. Light winds becoming west around 10 mph late in the morning, then shifting to the south in the afternoon so get on it early. Chance of rain 20 percent.
3-4ft
2ft at 14s SSW (194°)
1ft at 11s SE (143°)
1ft at 11s SSW (193°)