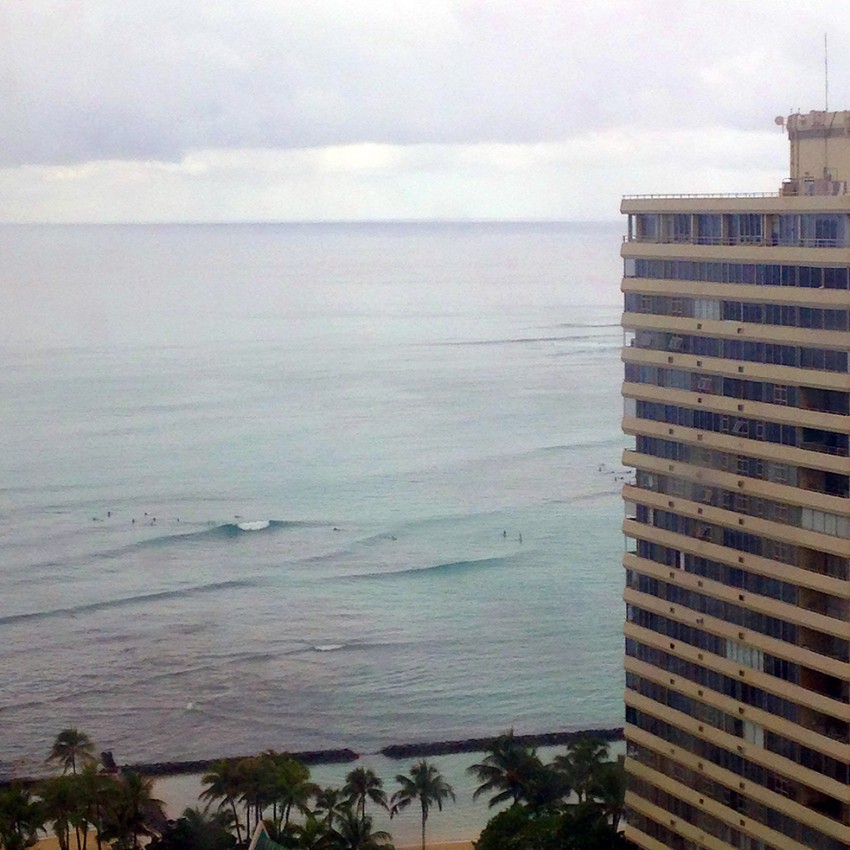 Peeked out of the window to see it was overcast and raining so we slept in a bit, for the first time in weeks. Ahhh. Had a leisurely buffet breakfast downstairs and chilled out in the room afterwards. From the 24th floor window we could see the amazingly sparse lineup at Queens and Canoes and still some clean waves rolling through. We headed out to an empty beach and looked out at a pleasantly almost-empty lineup. Such a rare thing at Canoes. The Takayama boards were locked up and the owner didn’t have the key so Ray suggested a 9’6 Walden Magic instead. Sure, why not. Waves looked small so a 9’6 might be fun. He picked out the new one and I waxed it up. We paddled out to our usual spot – left tower. Got my first wave and knew it was going to be a super fun session. Easy paddles back out. Pretty glassy without wind. Overcast, some rain. Lost my $4.99 ABC store hat paddling over the first wave in the first ten minutes. Believe it or not, about 30 minutes later, Tony Moniz (yes, the big wave Hawaiian surf legend) found it and gave it back. Max shook his hand. I told him we’re always rooting for his kids in contests and he said, thank you so much. What a cool guy. He’s lost a lot of weight and looked super fit. Funny to add another encounter we’ve had with him over the years in the water. As Tony said, “nothing like Waikiki.” Such a peaceful session today. Frequent easy lines steeping up in the beginning. Got lots of rides right off the bat. The 9’6 was really fun. Long but agile, easy to paddle, and did a couple of nice right turns on it. Had some lulls in the middle, but was entertained by the Faith Surf School class next to us and the stoked instructor who we’ve seen before. Max is still loving his board and his knee was 100% better today. Got a long right near the end of the sesh that keep me speeding and swooping all the way in. Another few fun ones with some speed and cruisey turns on that big board. Super chill session. 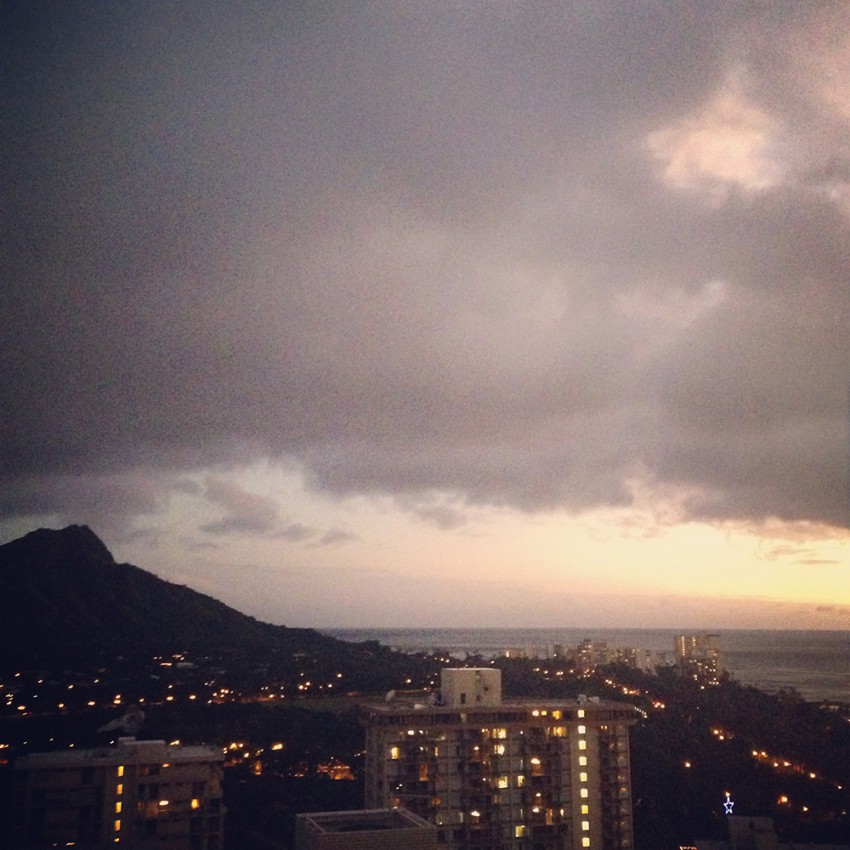 #363 / 1:45 (1) / .5′ rising / 9′6 Walden Magic
2-3 ft- knee to waist high
FAIR TO GOOD CONDITIONS
AM Report and Short-Term Forecast for the South Shore: Out of season SSW swell still providing some fun surf to town shorelines this morning. Waves are in the waist high range with some inconsistent larger sets at the better exposed locations. Watch for this swell to slowly decline as we head into the Christmas holiday. Mostly cloudy. Breezy. Scattered showers and slight chance of thunderstorms in the morning, then showers likely and slight chance of thunderstorms in the afternoon. North winds around 10 mph increasing to northeast 15 to 25 mph in the late morning and afternoon. Chance of rain 70 percent.
2-3ft
2ft at 12s SSW (195°)
1ft at 11s SE (141°)
1ft at 8s SSE (152°)