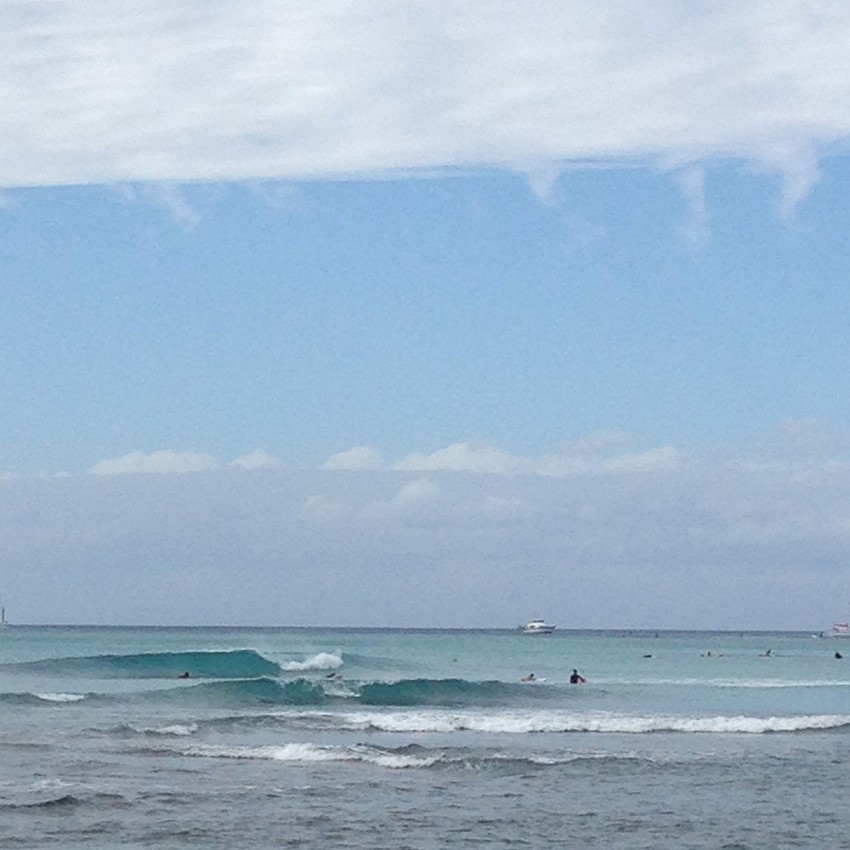 More fun today. Even though the SSW is fading, there were still some clean little peelers rolling through, especially during the first forty minutes or so. Barely anyone out again, which is so relaxing and peaceful without the crowds. We caught endless little waves over by left tower. Later the class came out and we had a long lull on the outside. Sat there staring out at the horizon and to the far right where you could see offshore spray from waves at Pops. On land, the wind was howling this morning with north winds. Out in the lineup, I didn’t really notice the wind until the spray shot off a breaking wave. So beautiful. Could’ve gotten some cool shots with the GoPro of those waves on the inside. Lots of fun lefts today. At the end, Max paddled in and I headed over to right tower. Tried for a couple that hit that deep spot and didn’t break. Waited for the next set. A clean one started to form and I paddled early to catch it. Popped up on a sweet right and zipped down the line, touching the water along the way. Paddled out for another. Waited for the next set and it came not too long after. Woo, another sweet little right towards the beach. Fun sesh. After lunch we went shopping down Kalakaua. Saw Zeke Lau and his girlfriend in the Volcom store across from HIC. He was much larger than I expected. 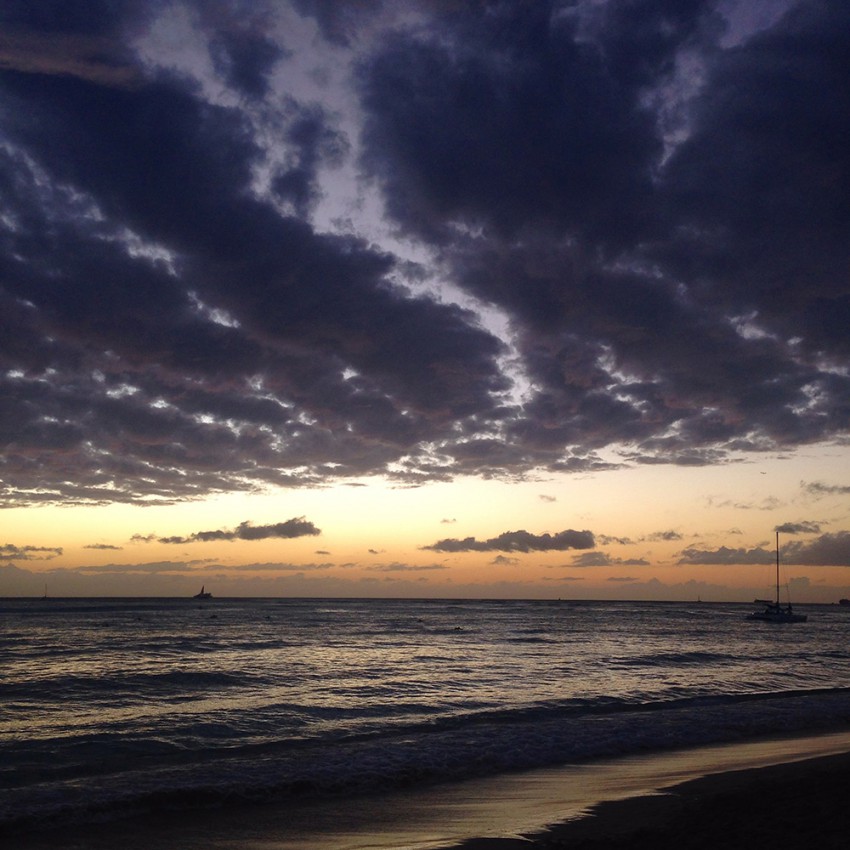 #364 / 12:40 (1.5) / .5′ rising / 9′6 Walden Magic
1-2 ft- knee to thigh high occ. 3 ft.
FAIR TO GOOD CONDITIONS
AM Report and Short-Term Forecast for the South Shore: Out of season SSW swell continues on its slow but steady decline this morning. Waves are in the knee to waist high range with some inconsistent larger sets at the better exposed locations. Watch for this swell to slowly decline as we head into the Christmas holiday. Windy. Partly sunny with scattered showers and slight chance of thunderstorms. Locally heavy rainfall possible. North winds 10 to 15 mph increasing to 20 to 30 mph in the late morning and afternoon. Chance of rain 50 percent.
1-2ft
2ft at 12s SSW (194°)
1ft at 10s SE (145°)
0ft at 4s E (90°)