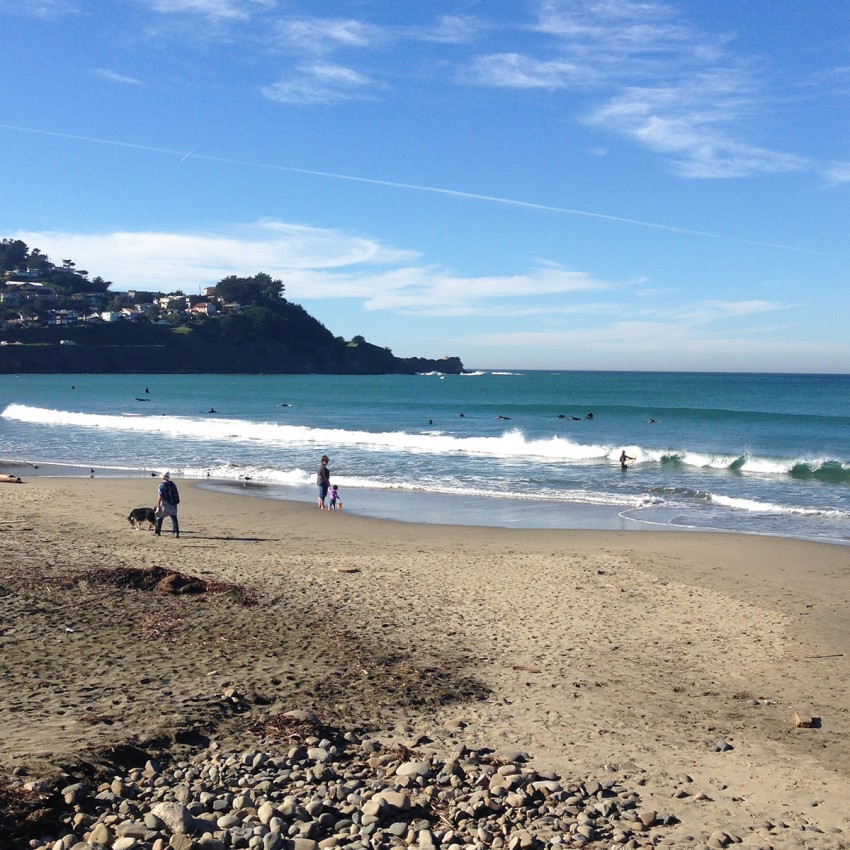 Since we got back from Hawaii last week it’s been cold here (40s-50s) and we’ve been saying we should go surf, but haven’t gotten motivated. Also getting over the lingering cough from the cold. Had a nice city day yesterday as the weather’s getting warmer. Birthday today meant we had to surf! Got up around 9 to a pleasant deluge of bday messages, got cappuccinos at Elite and had a fun call with M&D. Felt so warm even in the morning. Headed down to the beach with the sun shining. From the cam, it had that glacial-lake kind of crystal blue and the north end had lines and offshore spray. High tide had just peaked and was dropping. The lot was full but we lucked out with a beach-front spot closer to TB. Most people were on the north end. The middle looked okay but breaking steep and close onto shore. We opted for slightly south, where it was smaller but more consistent. Max took out his 10′ Mitsven glider for the first time (wee!). We had just chatted with Rick, who had made himself a 10′ glider and was mentioning how he was still working on his paddling speed vs. the speed of the wave, having found the glider would pick up too much speed while he paddled and put him too far ahead of the wave causing the board to pearl. Good insight as always from Rick. He went to get a cup of coffee and wait for the tide to drop. We headed out. I love that feeling after having been away from a spot for a while. That giddy excitement that comes when I’m in my wetsuit, board under my arm, stepping into the ocean. Finally made it back to the water. YES. Now that I’m a surfer, my view on life has morphed. There’s the time you spend in the water and the time you spend on land, doing all the stuff you need to do in order to make it back to the water ;) Paddled out near the guy on the yellow board who was getting little rights non-stop. Noted his lineup (drain pipe) to stay in the right spot as the current was pushing us south and farther out. I got a wave early on – a fun, fast right, zipping to the inside. After that, it was pretty non-stop with short lulls in between. Easy to sit too far out and miss all the waves breaking closer in. But when you saw the longer lines start to roll in, you could get in position, catch it and cruise. So fun. Had so many fun rights, pulling up high, crouching down low to keep speed, zipping all the way along and in, kicking out before the rocks. Saw Max get his first ride on the glider and watched him drop behind the wave and cruise to the right. Beautiful, peaceful, wave-full session and beach day. <3 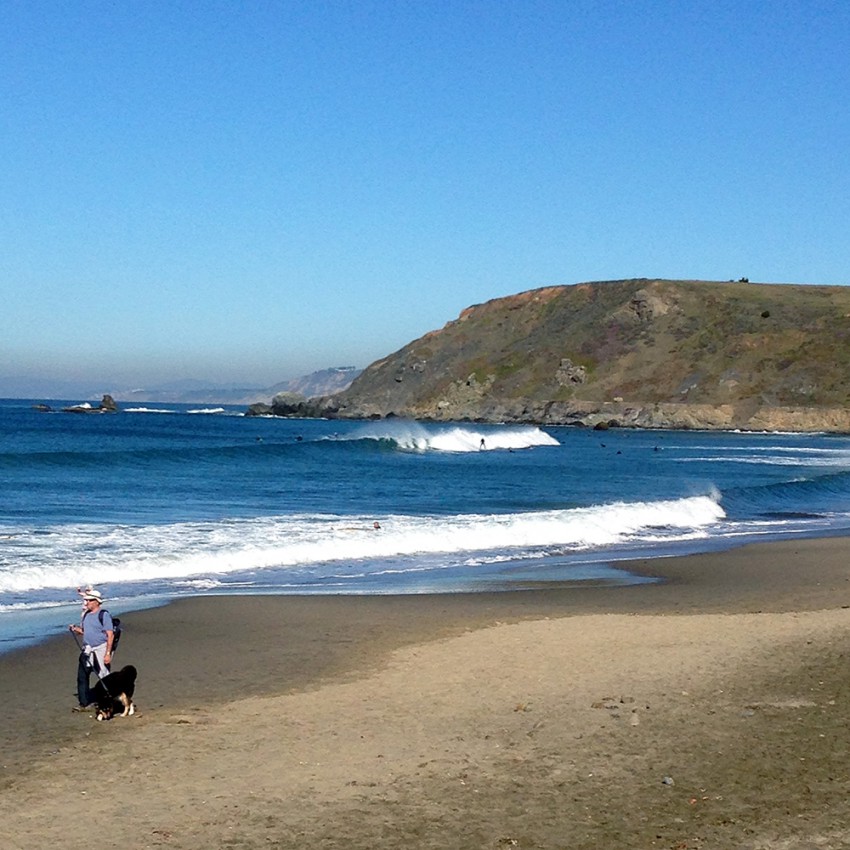 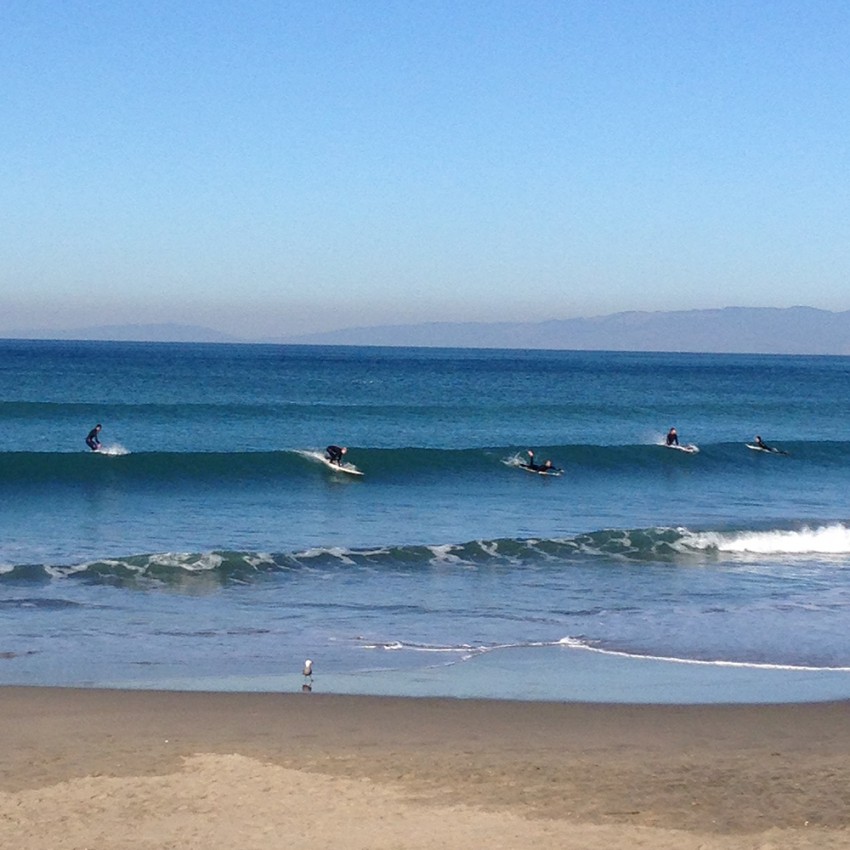 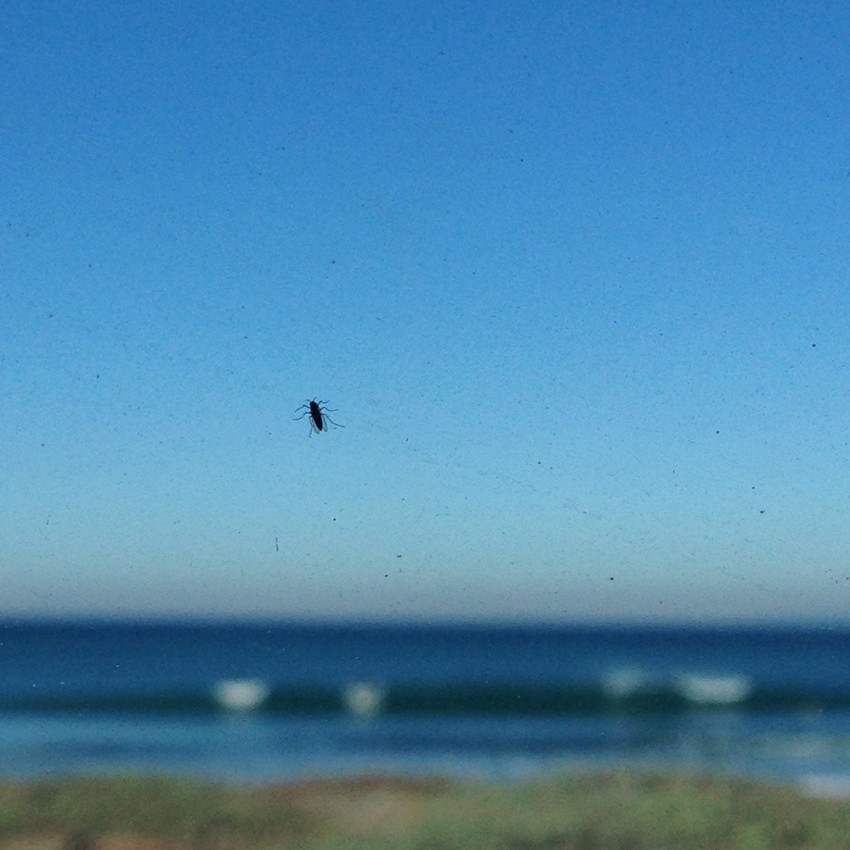 Bug on the windshield ;) 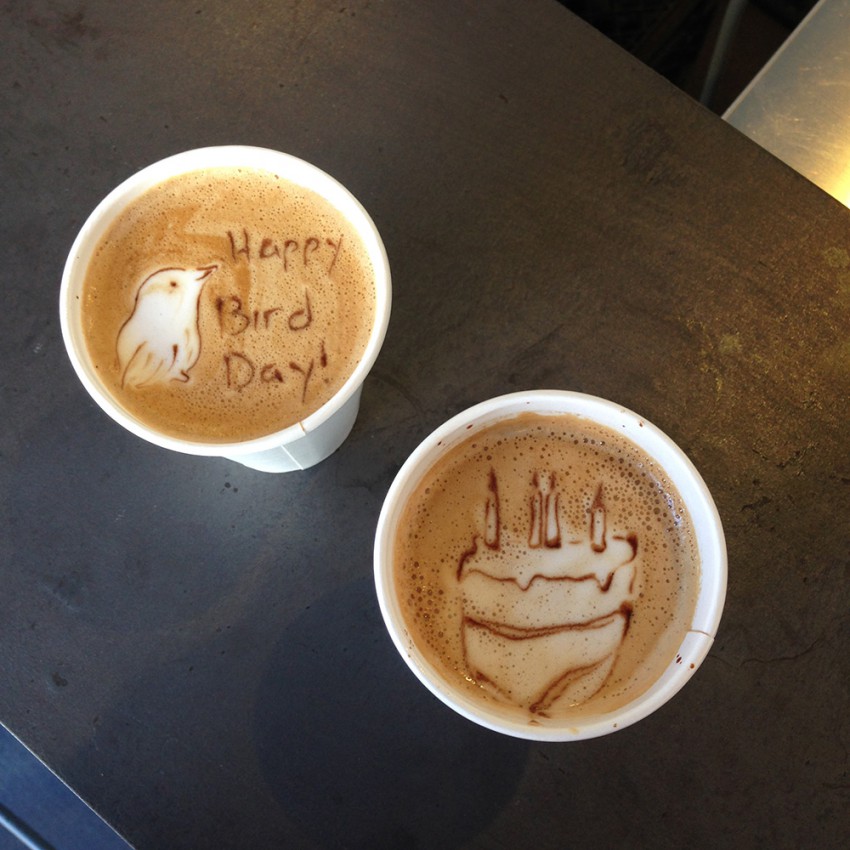 Birthday cappuccinos thanks to Max and Mel! 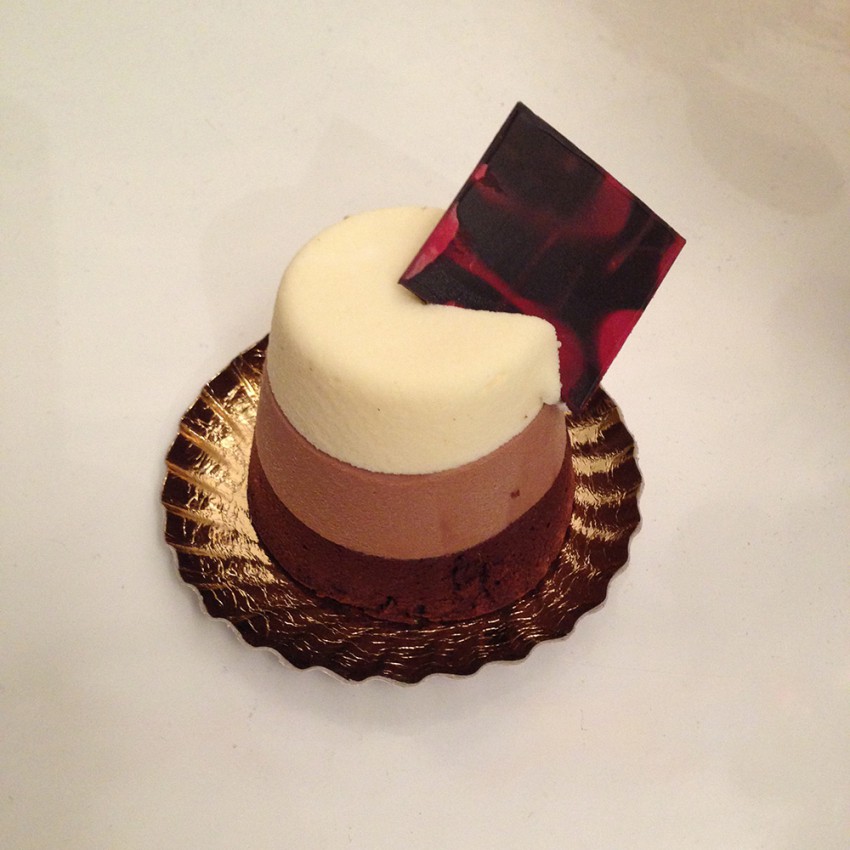 #370 / 1 (1) / 4′ dropping / 8′ Revolver
2-3 ft +- knee to chest high
FAIR TO GOOD CONDITIONS
Morning Report for SF-San Mateo County: Small WNW swell mixes with some WSW windswell to offer up some waist-chest high surf for the region. Standout breaks see some bigger sets, especially as tides permit. Winds are steady from the ESE now, allowing for clean conditions at most breaks. Tide is rising to a 5.84′ at 11:27am, then drops to a negative low after dark.
Short-Term Forecast for SF-San Mateo County: Look for the size to hold all day. Winds should remain favorable, while large tidal swings bring out different personalities from spots up and down the coast. Look for size to come back up on Friday.]
2-3ft
3ft at 12s WSW (241°)
1ft at 15s WNW (287°)
1ft at 12s WNW (281°)