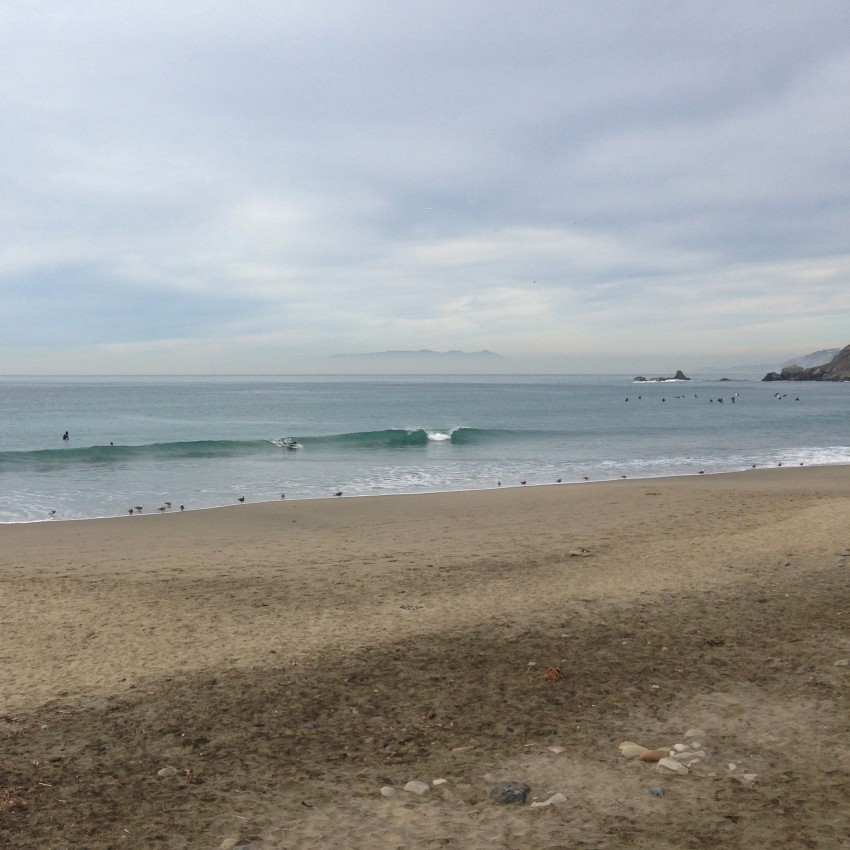 Stoked from yesterday, we made it down to the beach again today. Didn’t get down until 2pm, which now seems so late, but used to be the usual time when we worked for ourselves. New WNW is supposed to be coming in on Friday but today was forecasted as small. Overcast but still warm and the unusual offshore wind continues. Went without gloves. Ocean varied between completely flat to sudden a-frame bumps rose up, or longer lines swept in from north to south. The tide looked lower than it was and you could almost walk out to the lineup. We headed out near yesterday’s south spot. Got a fun little wave in the first few minutes. Today was all about those little lines that popped up and broke pretty close to shore. Managed to snag a few, short rides as did Max, who was trying the blue Island Fin on the glider. My best wave was later in the session when I paddled north of the short board guy and the guy on the Firewire and lined up to the drainpipe. A long wave started to build from the north. I paddled hard for it, had a fast popup, and enjoyed a sweet long, fast right all the way down the line to the south. Wooo. Water was crisp, lots of birds out. Saw a seagull-like bird with a red beak (perhaps an Oystercatcher). Afterwards, the sky was all pink and blue hues as the sun started to fade. North end was still offshore on bigger sets and the middle had cleaned up and a longboarder kept getting fast little rights onto shore. Beautiful. 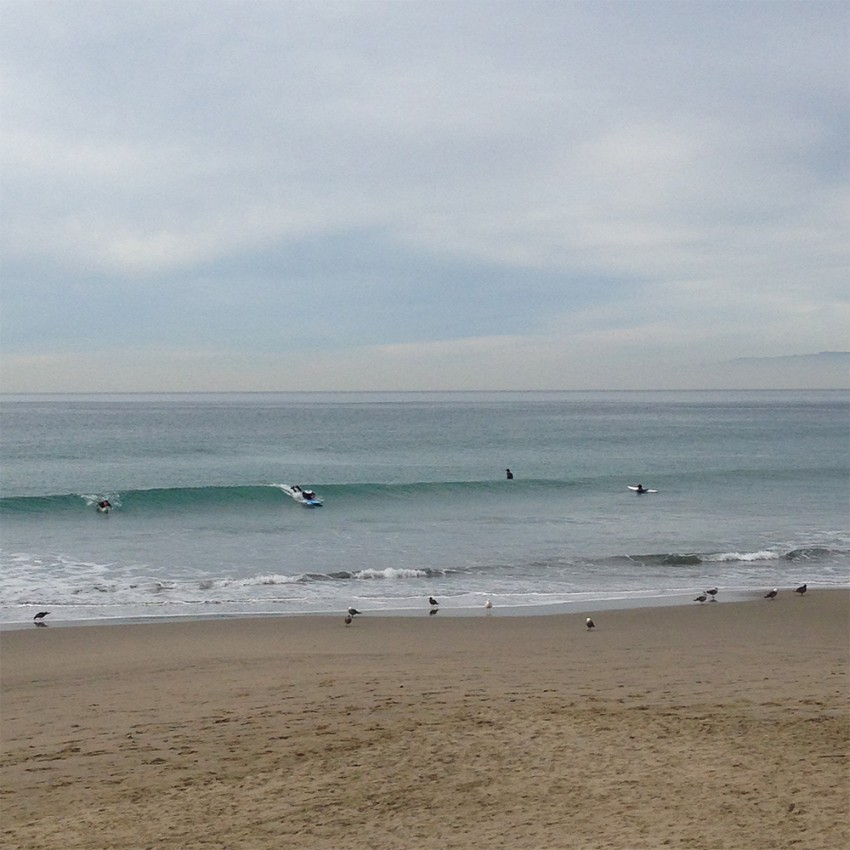 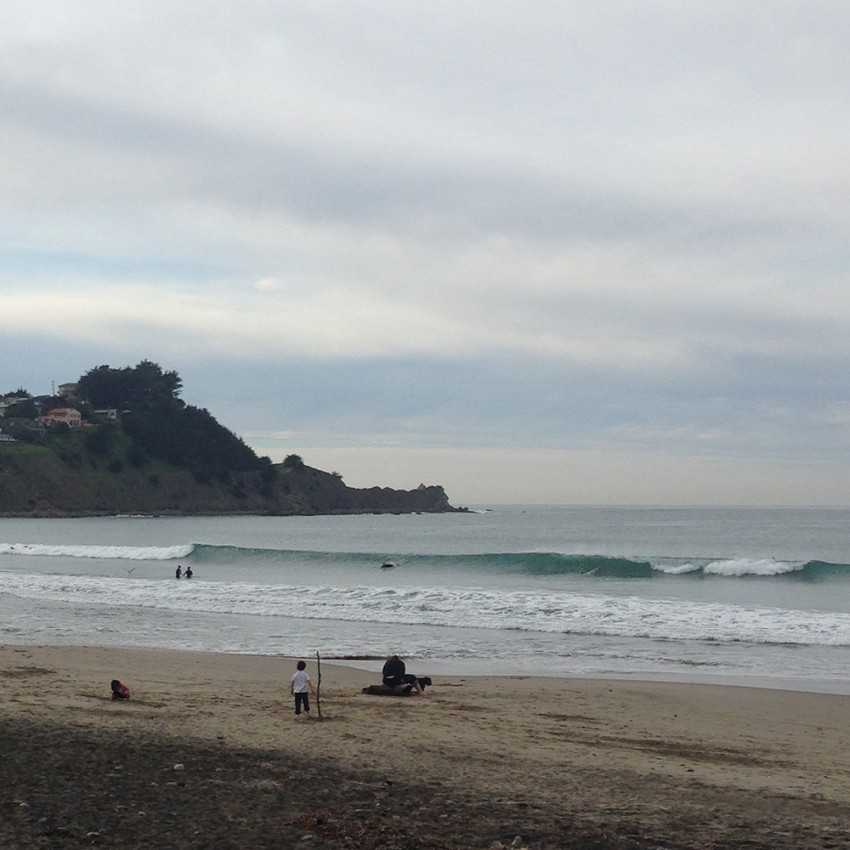 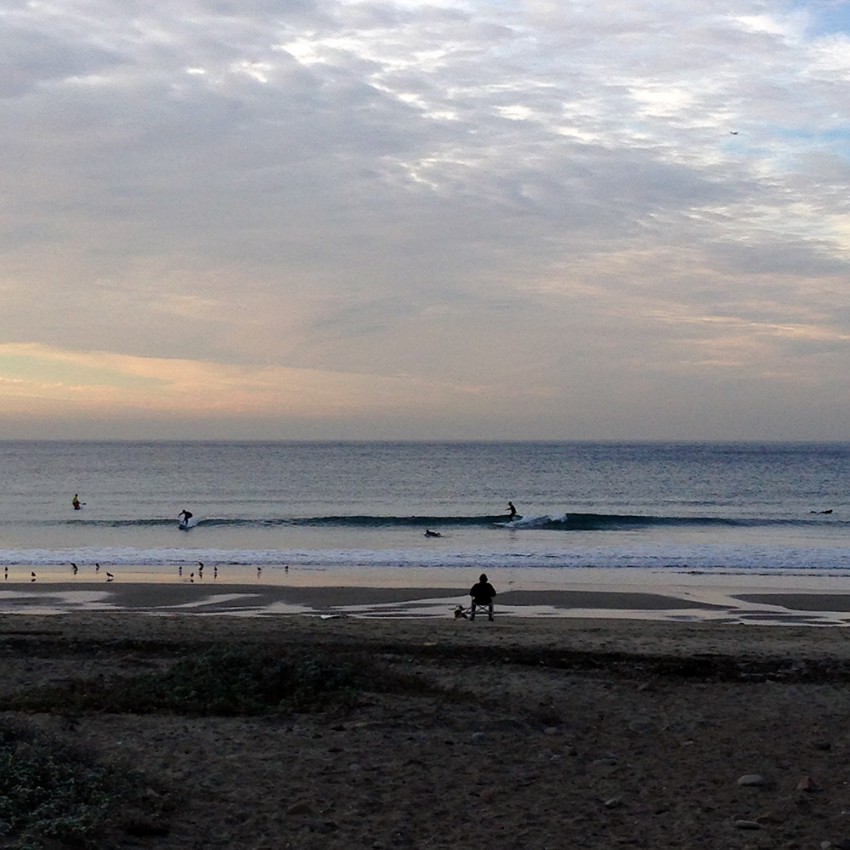