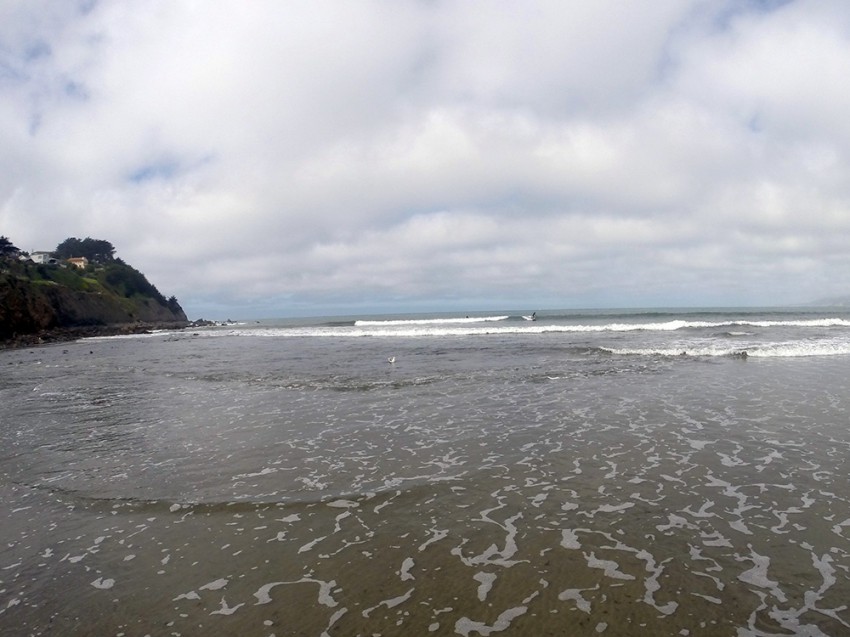 A little more size today. Didn’t see too many opportunities from the beach with low tide and closeouts north to middle. No chop today, though, compared to yesterday. Max was still on a rest-his-foot day. Paddled to the outside of boat docks where I’d seen a few surfers getting waves while suiting up. Once out there, there were only two surfers left. The older Asian woman with the helmet was the one getting all the lefts. She was super active and knew exactly where to line up. I followed her lead. After observing for a bit, I got a good one that went straight, then left. Shaka’ed to the helmet woman after we both paddled back out. Was fun being out there with just her. At one point, she said, “Set!” while staring at the horizon. We paddled farther out. She snagged one off that set. I was still too far north of where it was breaking. Big roll-y lines would come through. Love that feeling that you’re out in the wild, wide sea. Managed to catch another three waves, including one off a reform that Max saw during his walk on the beach. At one point, I was trying for a wave north of the original spot and the helmet woman waved me back over. This is the spot again, she said. Sure enough, she caught another left and I got one in after her. She saw me paddling for it and shouted, Go! Motivating and fun sesh. The last three days have proved again that regardless of how mediocre it might look from the beach, always paddle out because there really are waves out there! 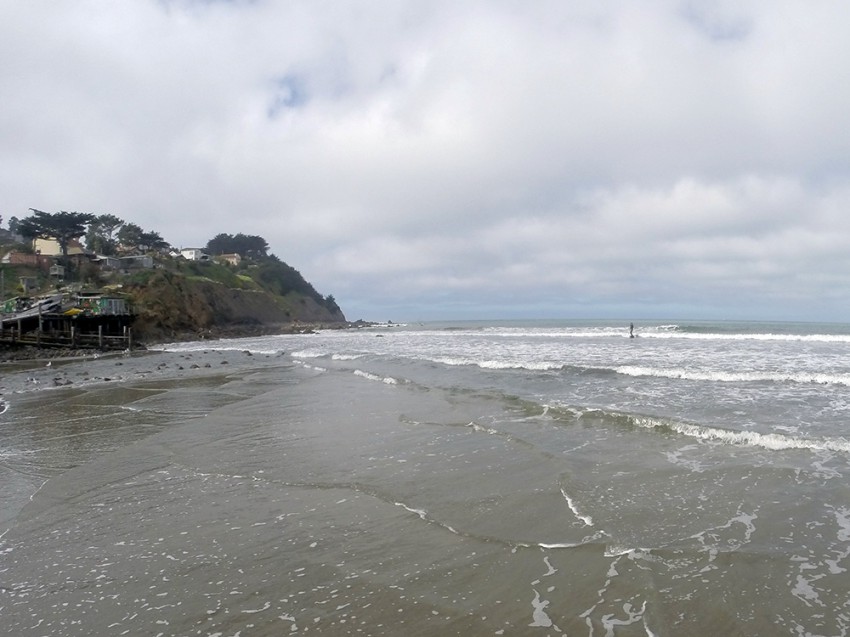 Me at the end of a ride. Photo by Max. 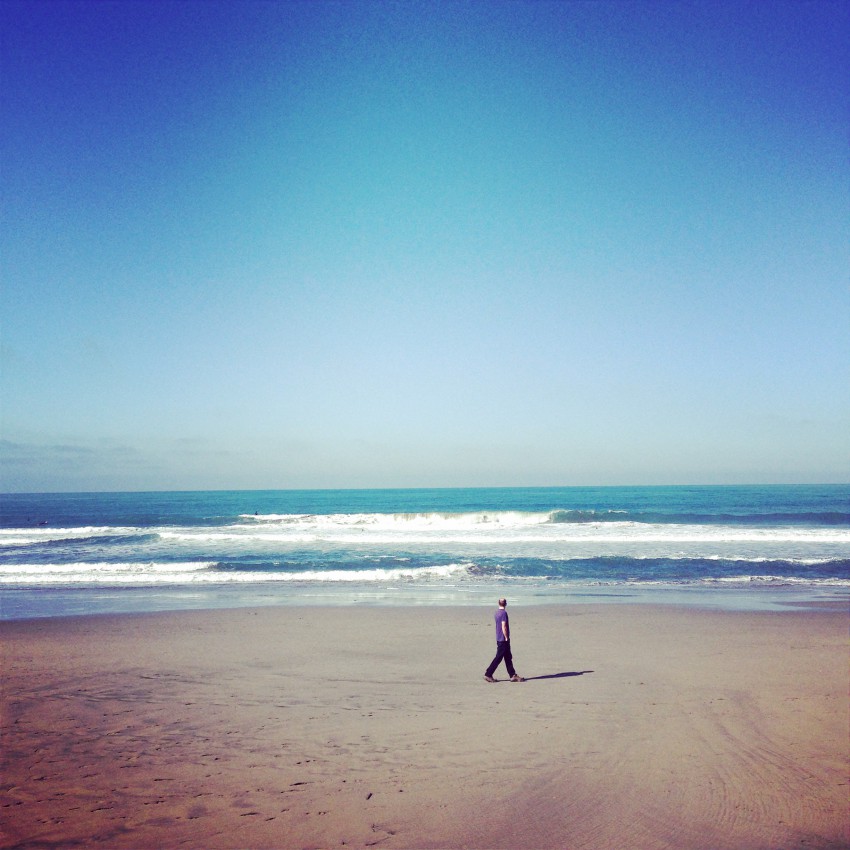 #380 / 1 (50) / .5′ dropping / 7′4 Mitsven Egg
3-4 ft- waist to chest high occ. 5 ft.
FAIR CONDITIONS
Morning Report for SF-San Mateo County: Mid-sized WNW swell to build and peak today, offering up waves in the head high-overhead range for exposures, while best winter swell magnets are well overhead. Winds are a bit mixed up now, but a WNW trend out to sea and overnight has the surf looking a mixed up and crumbly. Tide is peaking now at a 6.4′.

Short-Term Forecast for SF-San Mateo County: Swell builds all day, and then dies all weekend. Winds are likely to blow onshore on the afternoon. Tide drops to a -0.02′ at 2:06pm