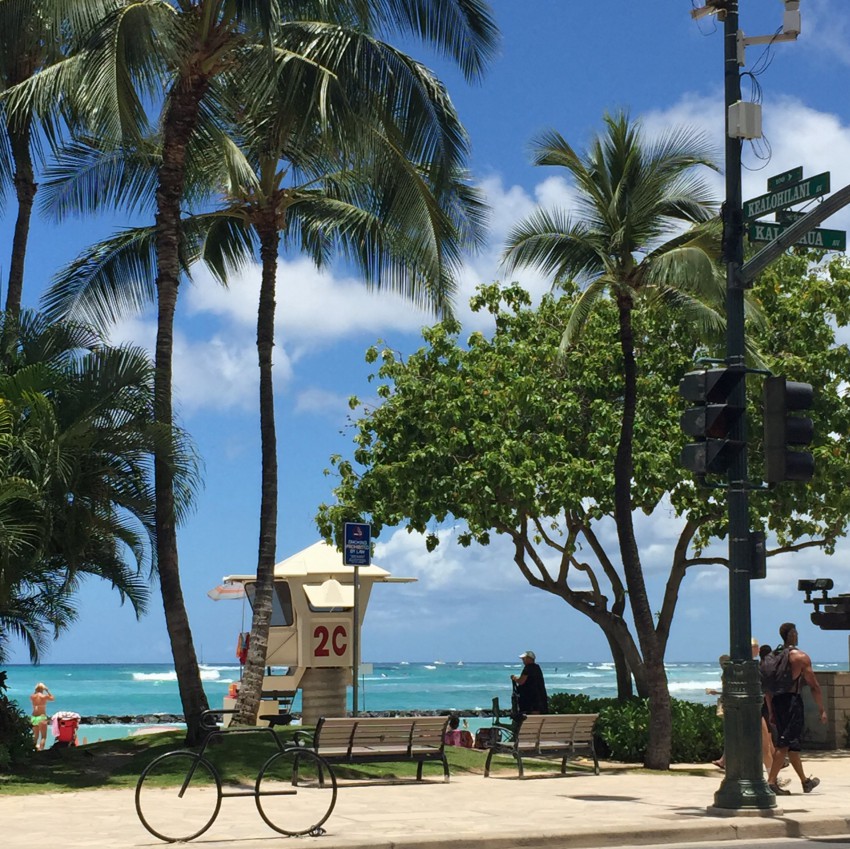 Today was all about a mixed session, getting fun, mellow lefts in the beginning, then an awesome outside left as well. Went for one with a kid on my right and he ended up turning hard and basically running right in front of me. My board went shooting into his and luckily, collisions were averted and everyone/thing came out unscathed. After that, I moved back to the right of the crowd and chatted with Max, who had gotten some good rides. He’s testing out the Ripcurl GPS watch for the first time. Interested to see the results later. There were more frequent lulls today, but the waves were still good, clean and powerful. Near the end of the session, I lined up for a fast drop and nice right, turned along and face and pulled up high. Max saw that one from the inside and said it was awesome. Wee. Feeling so great and in the zone after surfing for a week.

#405 / 2:45 (1) / 1′ dropping / 9’1 Mitsu
4-5 ft- shoulder to head high
FAIR TO GOOD CONDITIONS
South Shore Morning Report: The incredible run of early season summer surf continues for town shorelines this morning with some solid waves still rolling in. Surf is in the shoulder high range with some sets easily nearing the head high range from time to time. There are even some larger waves to be found but you will have to know where to look. Check our short term forecast for more details on this southern hemisphere swell. Breezy. Mostly sunny with isolated showers. Highs 85 to 90. Northeast winds 10 to 20 mph. Chance of rain 20 percent.
5-6ft
3ft at 15s SSW (197°)
1ft at 8s SE (142°)
0ft at 8s WSW (243°)