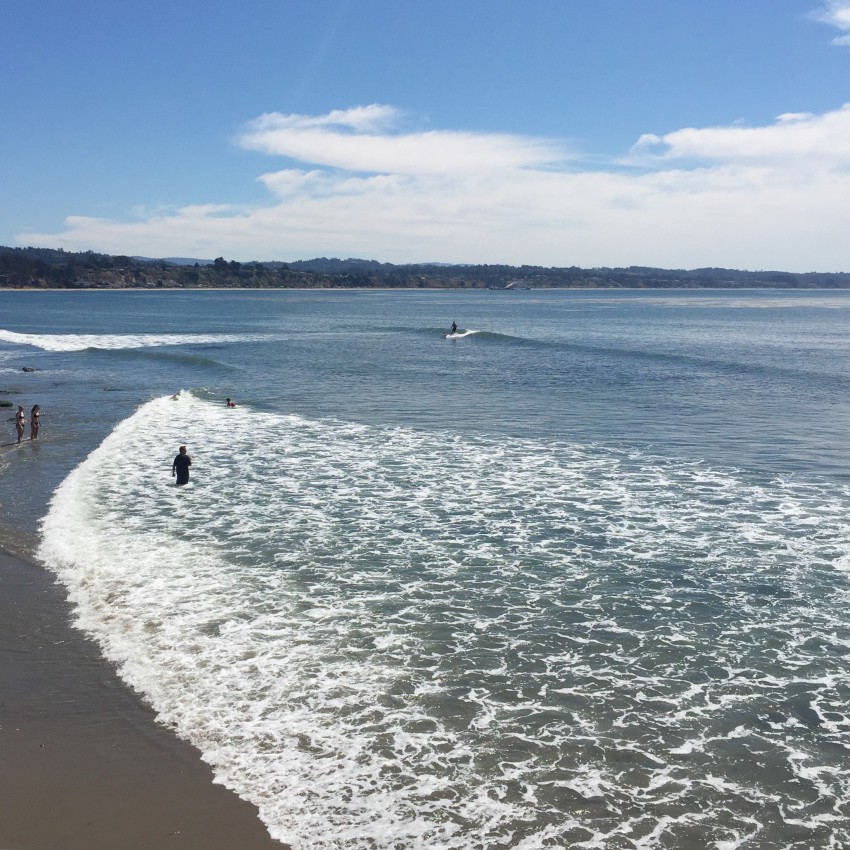 So stoked to go down to Tola. Arrived later than we planned. Lucked out with parking on the first try. Lots of summer beach activity and a crowded lineup with the class out. Waves were coming in and breaking just before 2nd jetty. When we paddled out, the class was gone but even more junior lifeguards were out kinda hogging the lineup. I got a couple there but on the second wave, two of the lifeguards foamies were on either side of me and they both fell off coming across my board. Eeep. Paddled over to what we thought was Bombora but turned out to be Toes Over, according to Kennedy, the girl with the Strive board and her chatty guy friend. They hung out near us, avoiding the crowd and chillin. Caught a bunch of fun, small ones over there. Didn’t count on my watch of course, since it was higher tide and so short before the rocks. Would love to surf that spot when it’s lower tide and bigger swell. Peaceful over there. As it started to flatten out on the higher tide, we headed back to 2nd jetty just in time for some of the crowd to thin out. Yew. Clean rights all the way to the rocks before kicking out. I made sure to kick out and grab my board but there were definitely a few where the wall of water and beach were narrowing – I shot over the back of the wave but my board shot inward towards to the rocks. Luckily no dings, phew. Keeps you on your toes, these high-tide waves. Overall, just an amazing session. So many good rights – smaller ones that lumped up, and some bigger set waves. Ahhhhhhh so fun. Easy take-off, fast turns, pulling up, cruising along. So clean and fast, even on short, high-tide waves. Remembering the awesomeness that is this wave. I’ve missed it and want more! 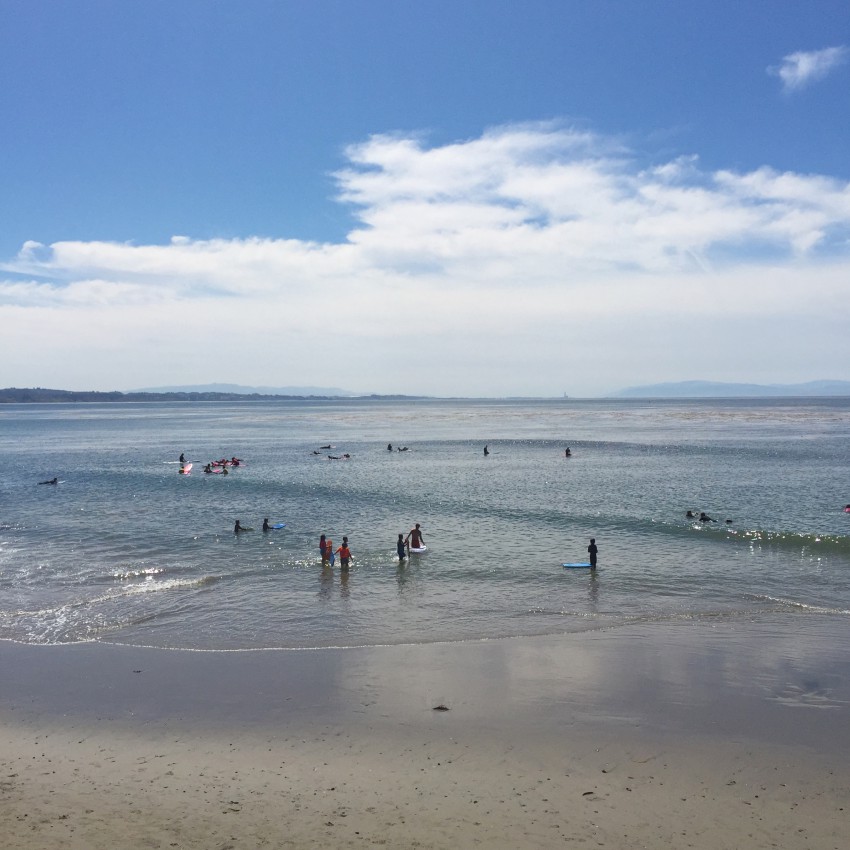 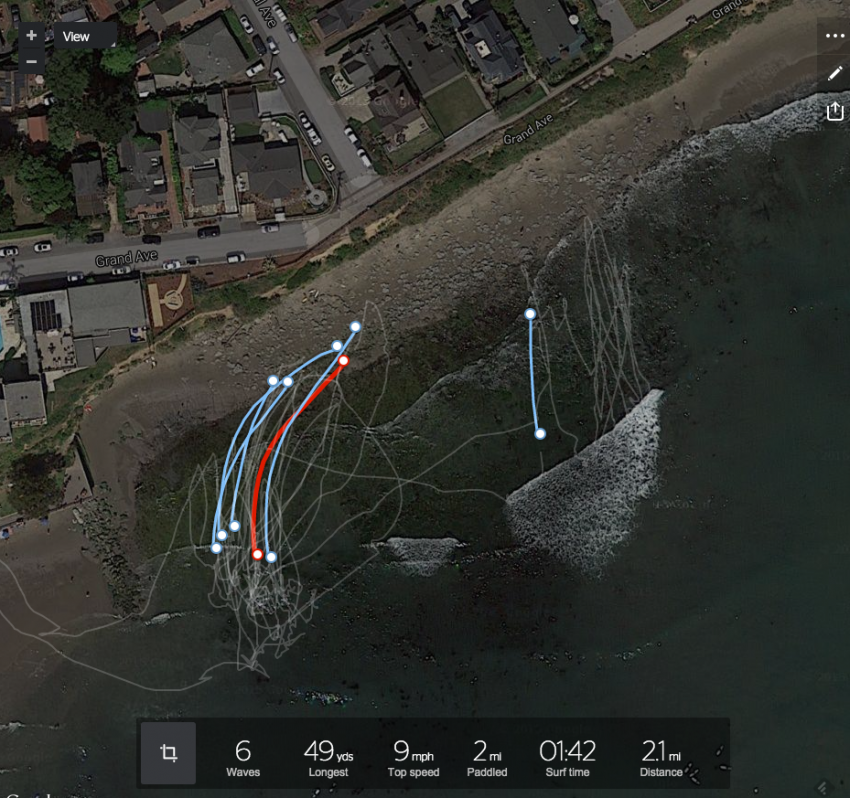