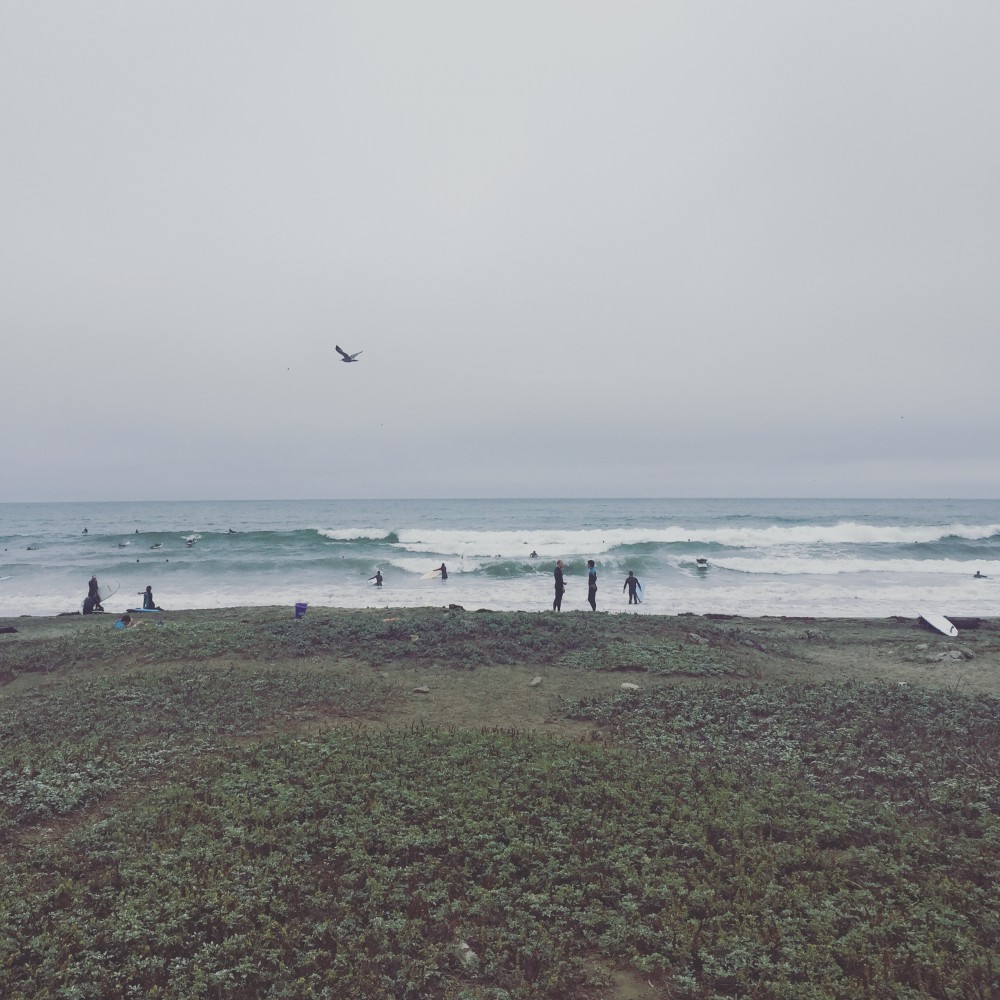 Foggy for the first time in a long time and cooler by probably ten degrees this morning with onshore winds and it sure felt like winter! We kinda shivered and wondered if we should go out with the hordes of crowds and jumbly closeouts. Still, I saw people getting rides and I can’t pass up a surf so I wanted to get out there. We headed out to the south end, and south of the crowd. Thick kelpy soup to paddle through with clumps dragging your leash down. Once out there, I started trying for ones but it was tricky with the weird waves and high tide. Paddled for lots that didn’t break, but also got some really sweet ones. The first two didn’t count on the watch and were short, but the next few were awesome. A fast outside left that took me so far in, with some fun swoops. Couple of rights through the bounce, down onto another section and kicking out before kelp-land. The sets were pretty big and I was inspired to see a little girl on a foamie with her Dad in the water. He would hold her board and tell her when to go, but she was trying to paddle into waves on her own, without him pushing her board. We chatted with them later – Dad and Margo, the nine year old little charger. Max said his Dad said she liked how I was surfing. That made my day. Later in the sesh, as I paddled back out, an outside wave broke and her Dad told her to go for it. She paddled and disappeared behind the breaking wave and foam as I popped out the back of the same wave. I sat up to see if she got it and was ok. Sure enough, she caught it. Woo! I asked her Dad who was swimming into shore if she was coming back out because I would’ve paddled in to help her out. He said thanks, but no, they were going in. I looked towards shore and saw Max walking up the beach to where she was in the water and saw him help her with her board and get her to the beach. What a sweetie. Later, Max said the Dad told her to thank “Mr. Max” and shake his hand. So cute.

Stoked to get the fastest recorded wave at 10.8mph so far! 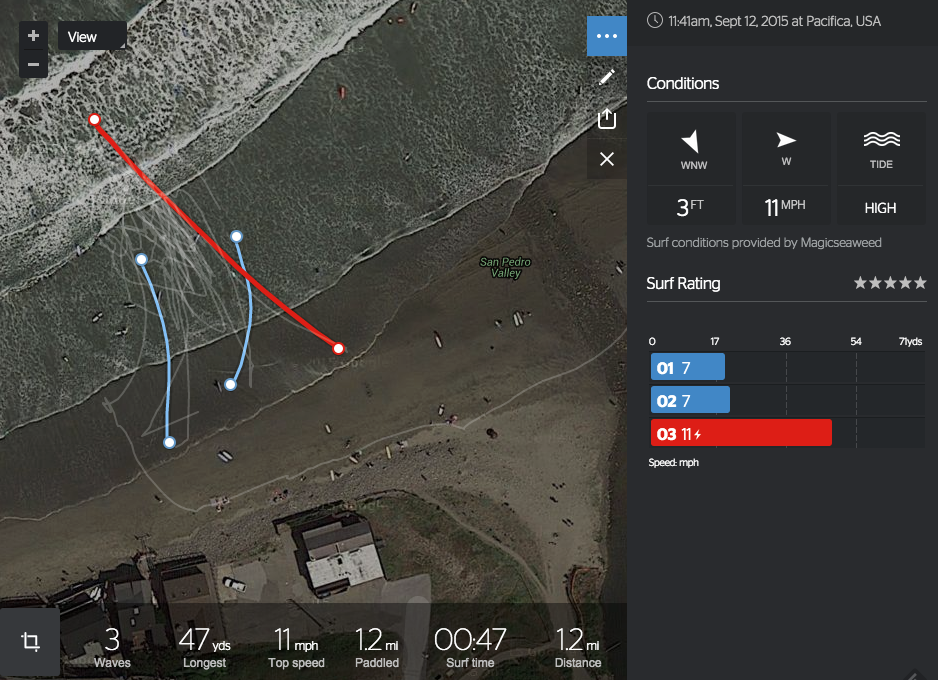