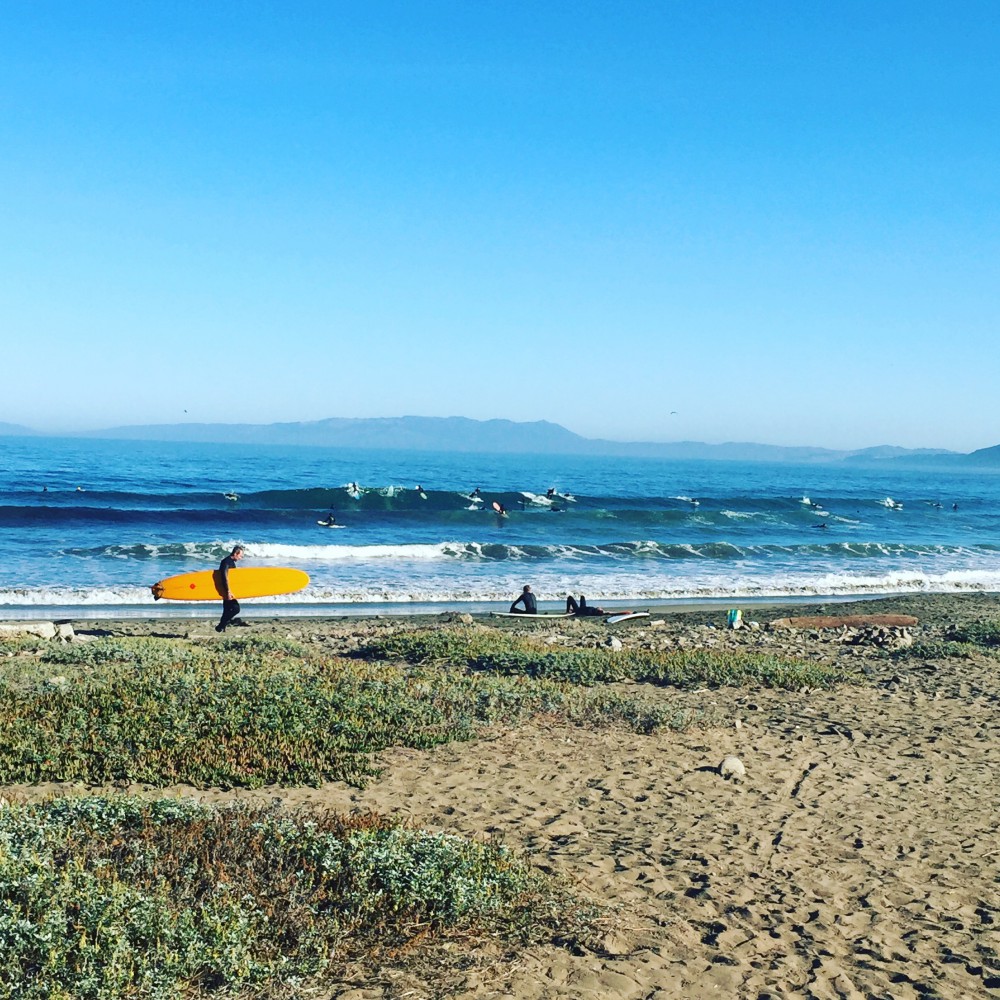 Got down to the beach “early,” just in time to wait and get a beachfront spot in the south lot. Pretty crowded in the water as expected. Mostly surfers everywhere and no beachgoers yet. Looked a bit bigger than yesterday with this tide and some closeouts in the middle. Saw Greg catching several just north of boat docks and thought I’d start there. After going for a few that didn’t quite break, I joined Max over at boat docks where a crowd of about eight surfers sat. Soon after, the earlier shift paddled in and we started getting small, fun lefts. The first ones didn’t count on my watch, but then a set started up and I caught a fast, angled left that turned out to be 9.9mph (the fastest recorded so far at LM) and 72 yards (the longest recorded here so far)! Waves felt different today with more water on the inside. Several times I shuffled to the front third of my board for more speed. Surprised to see the stats after that most of them were 8pmh+ because they didn’t feel that fast compared to yesterday’s few. That’s a fun thing about the Ripcurl watch, the data proves that what the wave feels like is sometimes what it is, but sometimes not. Max caught a bunch of waves and was enjoying the Bruce today. Water was still colder. Joe said he thought it had dropped to 62 degrees. Sun was blasting. When we came up to the car, I forgot we had gotten there early and couldn’t believe it was only 10:32am! Got some food and an ice latte from Safeway and chilled at the beach. Chatted with the guy next to us, Jared, who liked Max’s log and mentioned Jed Noll’s boards. Labor day fun.

Watched missed a few of the shorter ones but counted the 6 good ones. 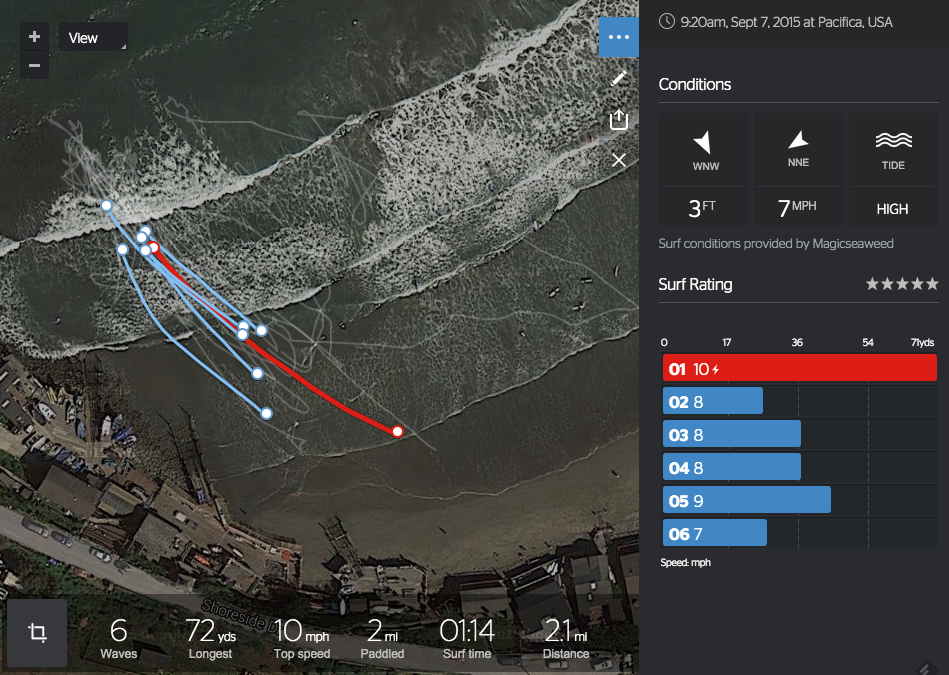