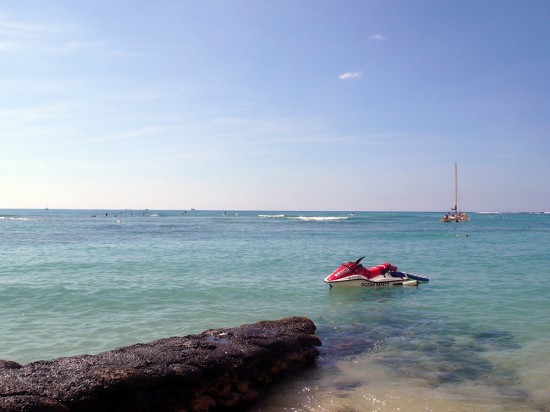 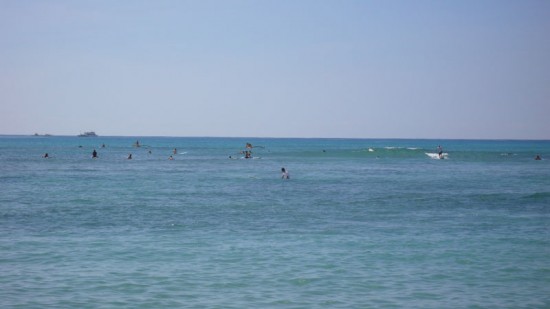 The conditions were considerably calmer during today’s surf sesh at Canoes. Max took his new 9’0″ T&C board out for the first time and he loved it! He’s been using the green Mitsu 9’1″ but never really felt stable on it, nor did it paddle smoothly for him since it was custom shaped for a smaller female (Hawaii’s longboard champion Crystal Degas). I was psyched to see him loving his new longboard.

After surfing five days in a row, I’m feeling in shape again and today was proof of that: paddled easily to the outside break, ribs aren’t sore, and my overall stamina is up. Got two satisfying short rides despite the flat conditions. Tomorrow we’ll head out in the morning when the conditions are better/bigger. Hope to get in an afternoon sesh as well.