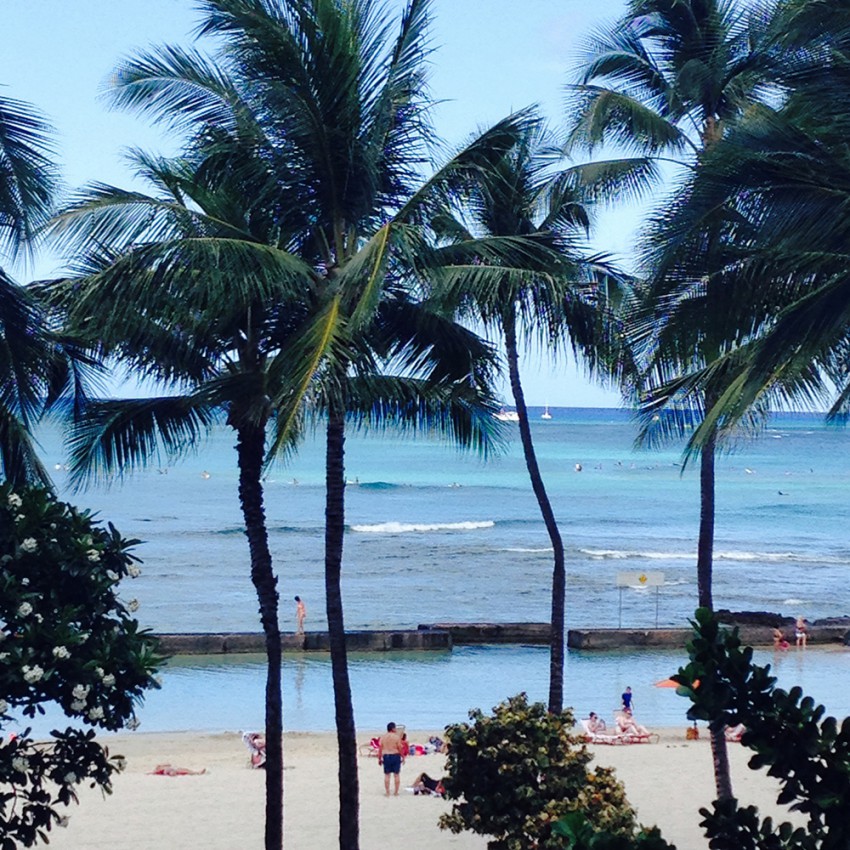 Filled up on buffet breakfast pre-surf. Last surf before we head home. Stayed out for 2+ hours yesterday and our knees were sunburned to prove it. Had to wear my Xcel leggings today and Max had to watch his knees. Smaller today but still some fun waves. Started out at our usual spot and caught a bunch of rides. Max was on a 10′ today but he mentioned later his 9’2 was more fun. Psyched that he loves his Wander Inn board. My usual “in the pink” Takayama was out today so I rode its “brother board” recommended by the beach boys guy. An awesome board as well, with a 2+1 fin setup. Allowed me to do two really fast, swoopy right turns. We moved over more towards the right tower later on as the crowd lessened. Twice, I’d see a good one coming and paddle to meet the wave, only to get snaked by the outrigger canoe! Didn’t want to get run over so I had to pull back. A local older woman was getting good rides. I snagged a long right over there that went almost all the way in. Long and fun. At the end, got a rare, long ride all the way in. Blazing sun. Warm 78 degree water. Beautiful. Such a great trip. A hui hou, Waikiki! 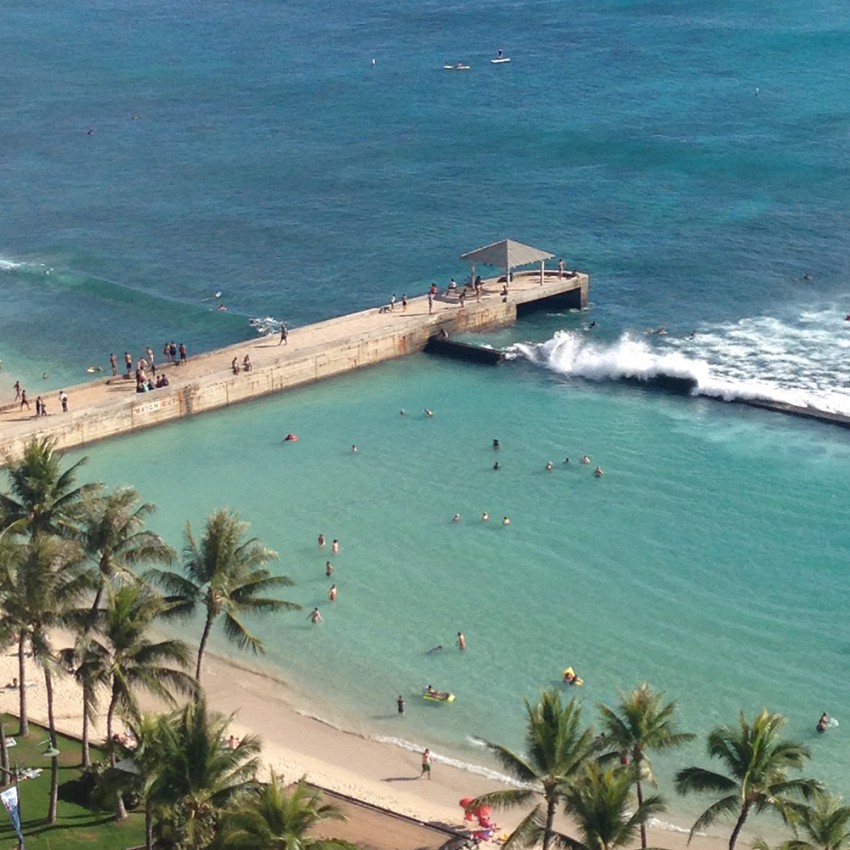 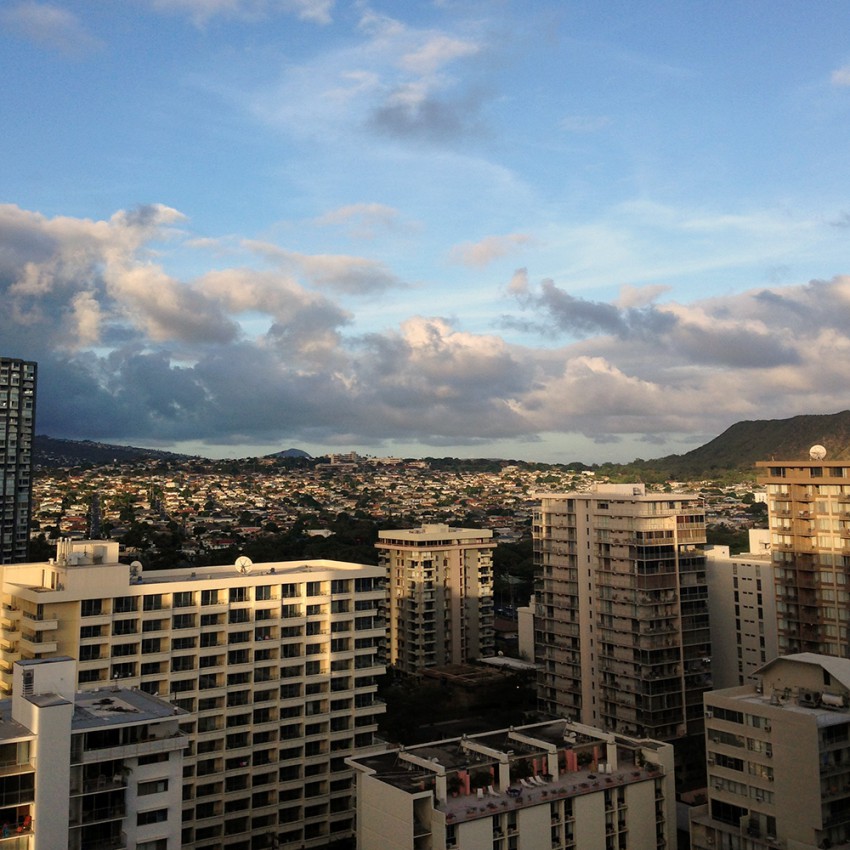 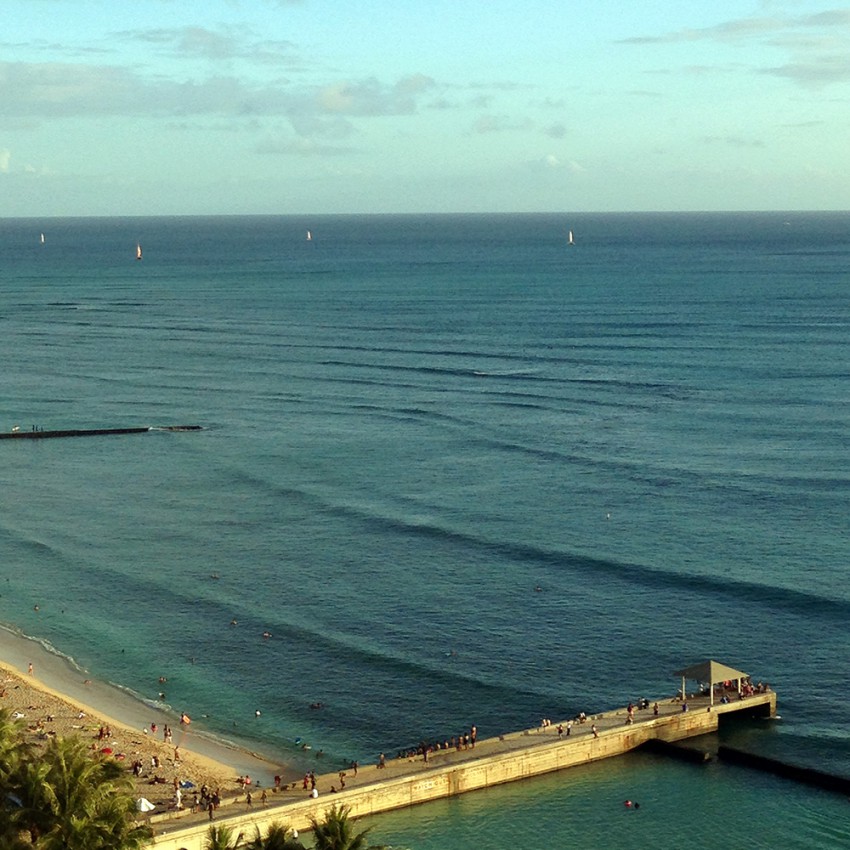 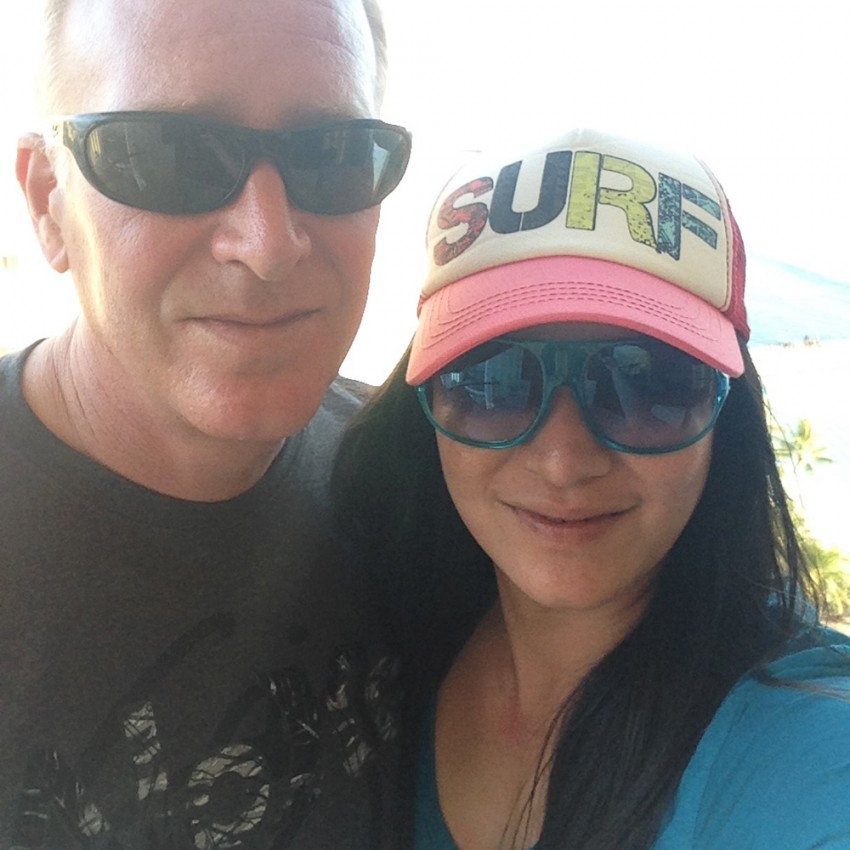 #326 / 11 (1) / 0′ rising / 9′3″ gray Donald Takayama
1-2 ft- knee to thigh high
FAIR TO GOOD CONDITIONS
[SOUTH SHORE AM UPDATE AND SHORT TERM FORECAST: Small but rideable surf still on tap as that SSW (200-185) swell continues on its slow but steady decline. Surf is in the knee high range with some slightly larger sets at the better exposed locations. Watch for a reinforcing southerly swell to fill in later today into tomorrow. Sunny. Isolated showers in the morning. East winds 10 to 15 mph. Chance of rain 20 percent.]