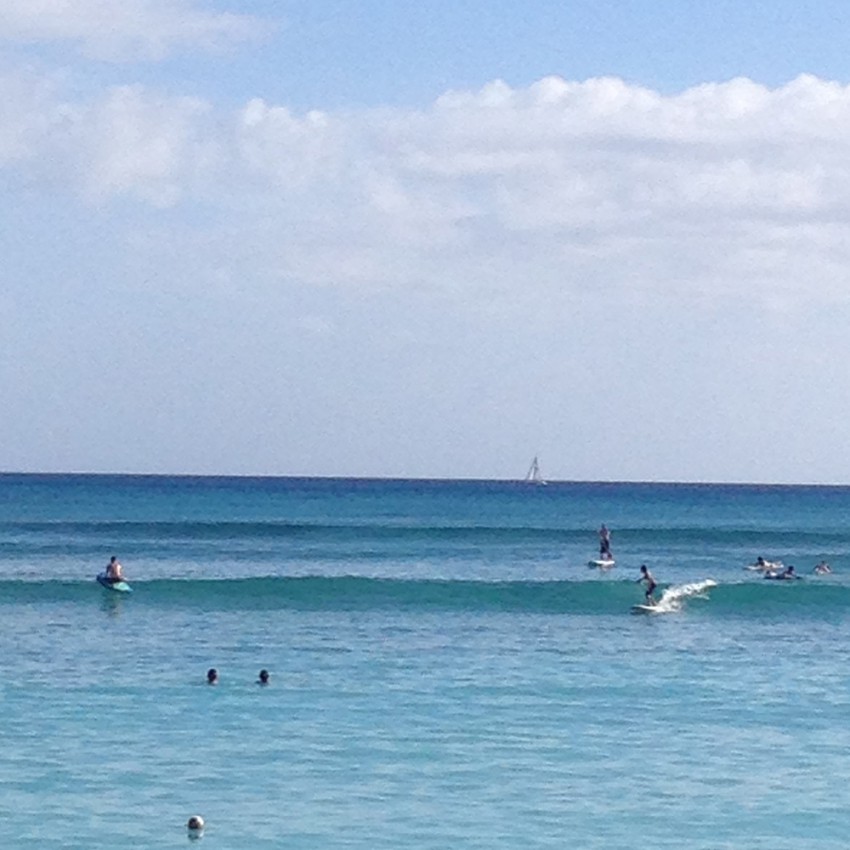 Another sunny, beautiful day in Hawaii. Supposed to be smaller today but there were still some good waves. More of a crowd at first so we opted for 2b, and caught a bunch of rides there. At some point, we found ourselves farthest out and the crowd diminished (lunch?) and we moved over more between the towers. An older local lady was catching good rides and after she took off on one, I stole her spot, lined up perfectly for the next one. Got a nice long left, then right, almost all the way in. The next one was great too – waited for the first wave to clear most of the surfers on the inside, then went for the second wave of the set. A fast take-off and turn high on the wave to go right, slid down the wave and kept angling hard right to avoid the people on the inside. Kept going and going, scooted up on my board for speed, then back again to slide down the face again as the wave reformed. Went so far in I could’ve just gotten out at the beach, but nope, I wanted another one! Another wave had a nice drop but fizzled out as it hit that deep spot. We stayed out for more than 2 hours and had a blast. Guy didn’t even charge me for the extra time. You’ve been coming every day, Chang,” he said. “Aloha, see ya tomorrow,” I replied. 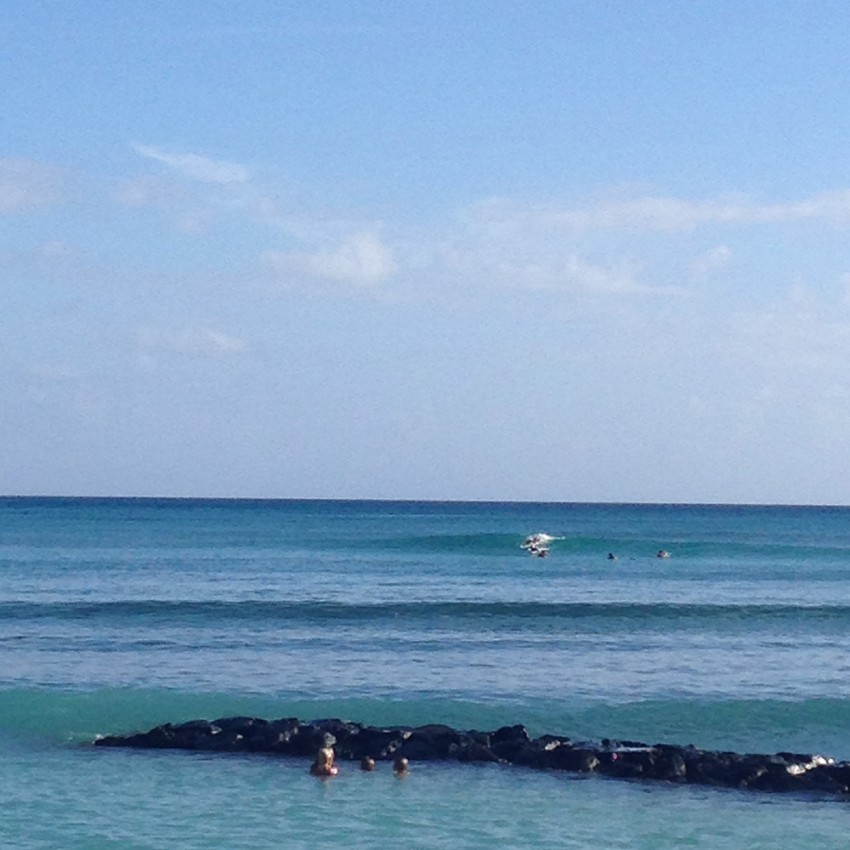 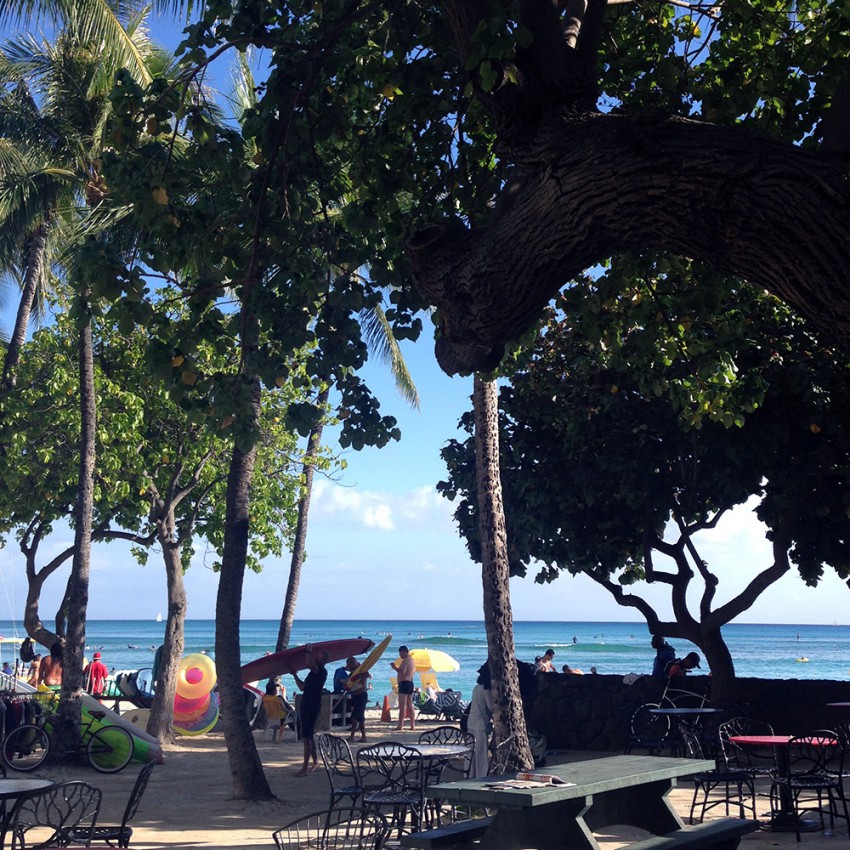 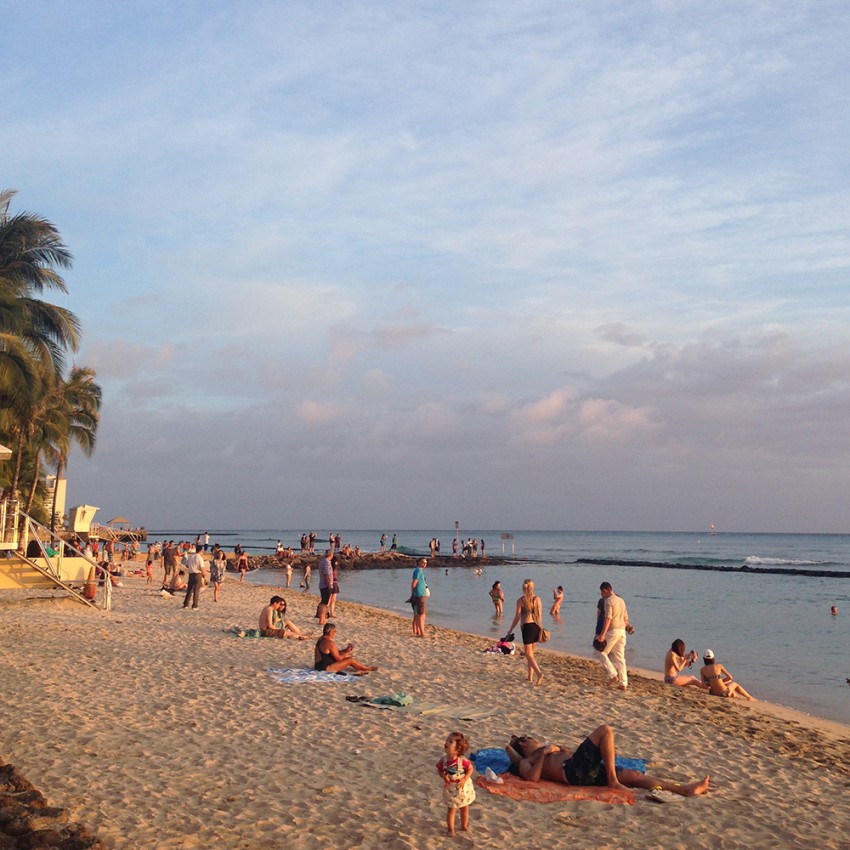 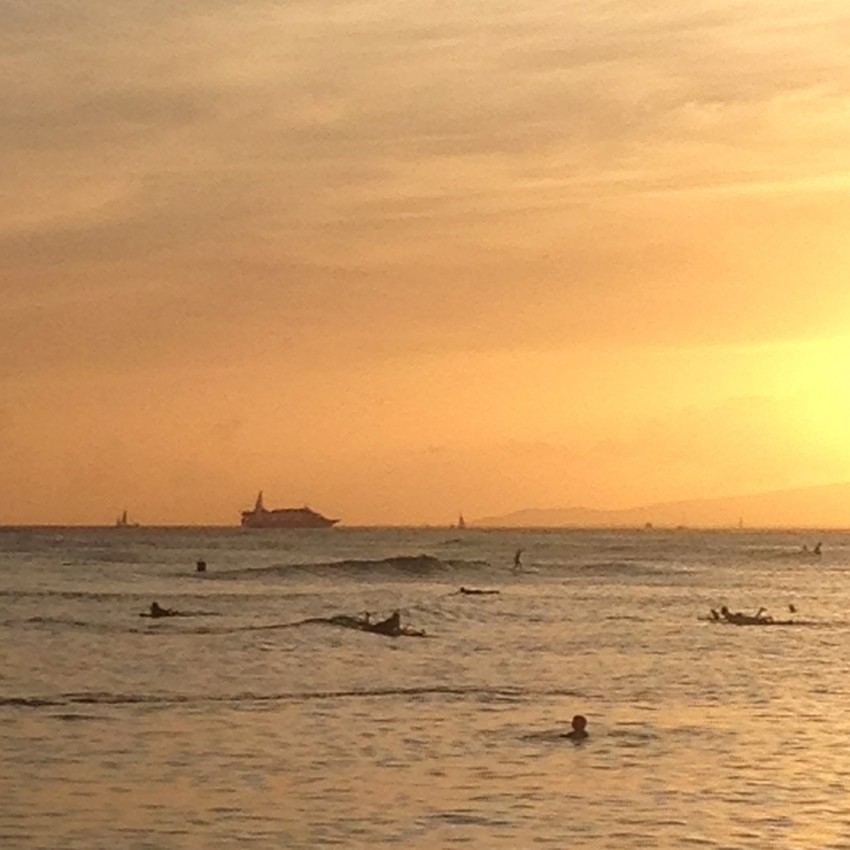 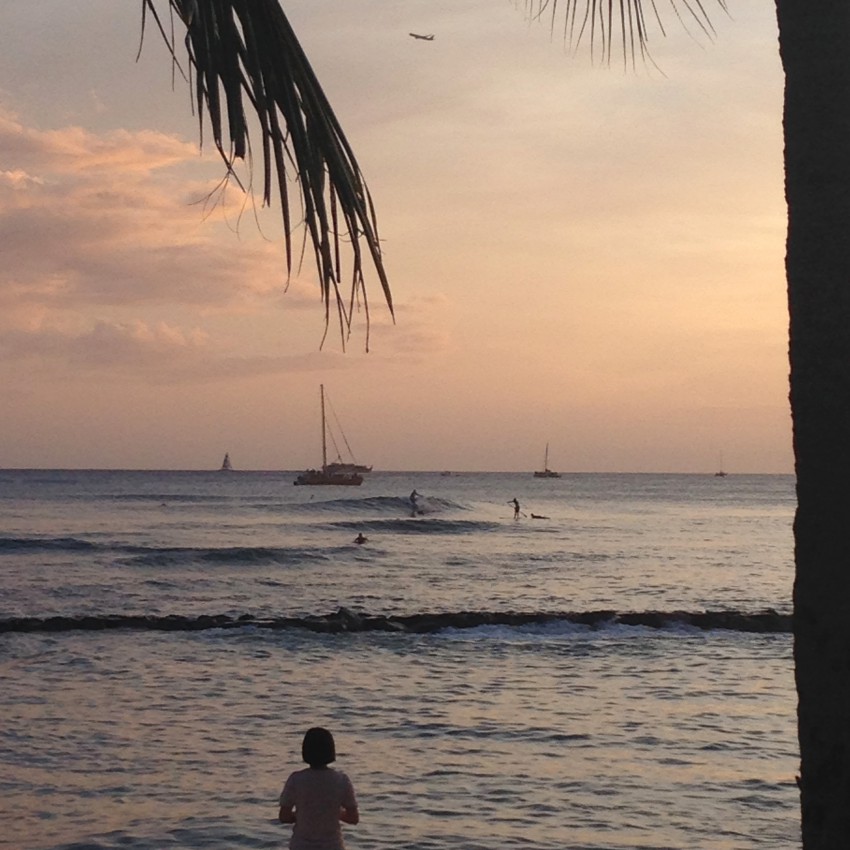