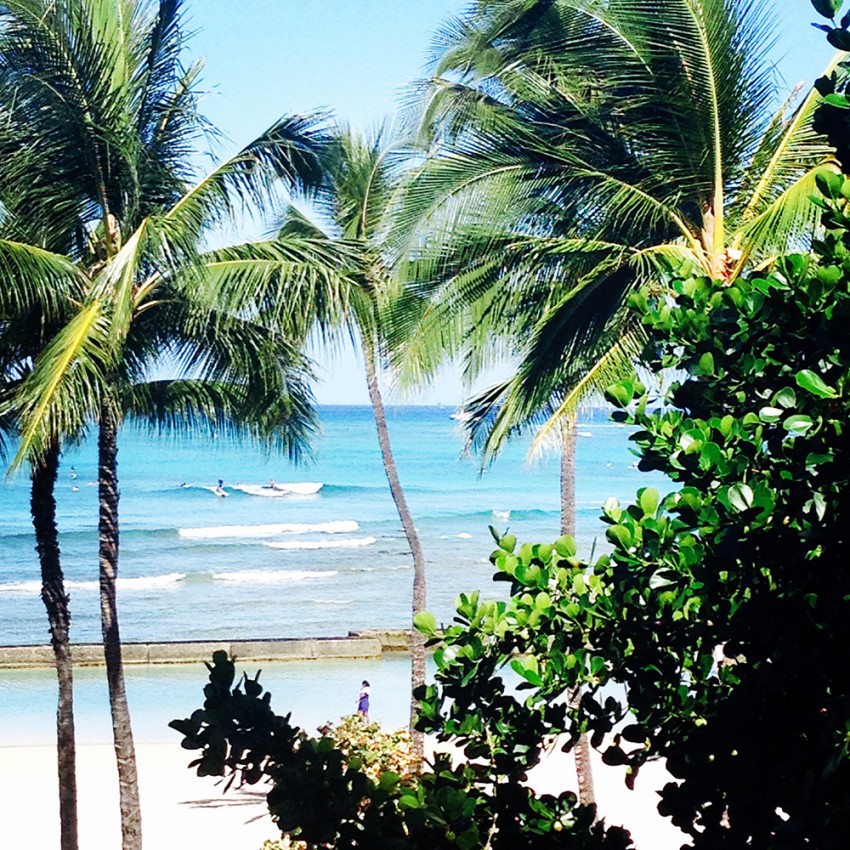 Fun surf today after a big buffet breakfast. Sunny and clear. Smaller conditions as expected but still lots of fun catching small waves in our same 2B lineup. Not as crowded either. The Takayama board is so easy in these conditions. Some lulls but the first half hour was consistent with swoopy, fun waves. Water was so blue and warm. Ridiculously relaxing. Afterwards, we were sitting on the fake grass spot as we do after surfing, and a tan, built, older Hawaiian guy wearing red Beats headphones and red shorts asked about Max’s (red) Wander Inn board. He noticed Max had his leash off his board and he commented how so many people wrap it around their board (like we used to when we were noobs) and how bad that is. Then he showed Max his leash trick – keep it attached to the board and stretch it up to the nose, wrap it around and secure the velcro leash into the cord so it forms a Y. Cooool. We chatted and he said his boards were handmade too, by Wade Tokoro and Dick Brewer. His name is Kiki and he’s from Maui and surfs 60′ Peah’i. Respect. He said his mom used to have a food concession stand right in that spot we were sitting. I said I wished there were more food stands at the beach and he held up his big ziplock bag of “raw oats with some coconut and almond slivers.” Some people call it bird food, he laughed. Judging by his physique I think I might try eating it too! 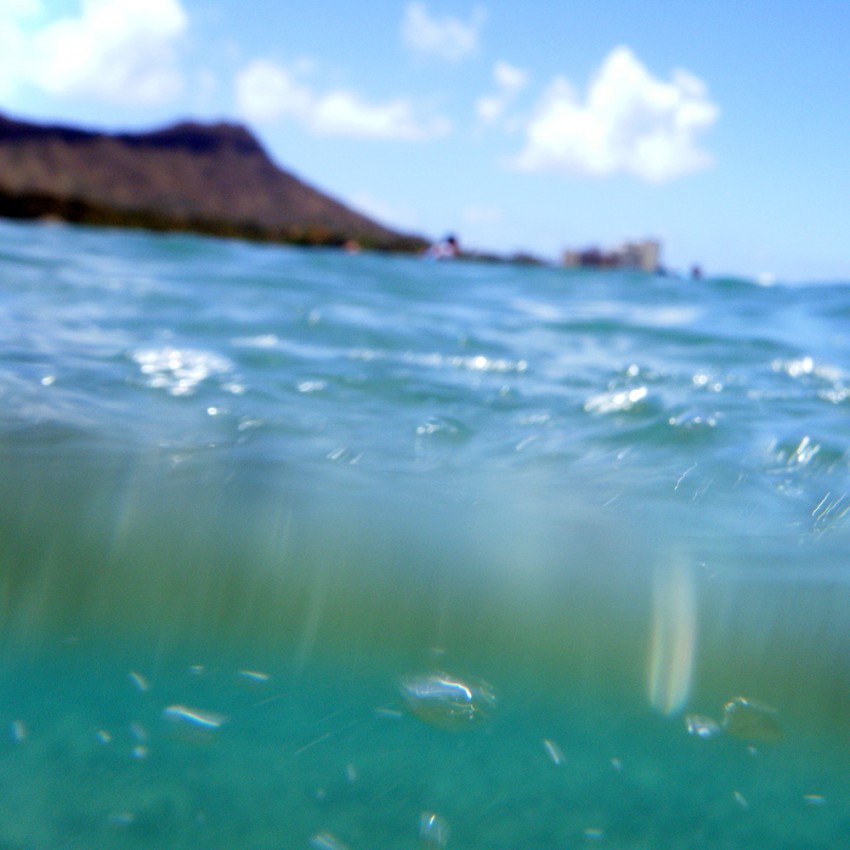 From the water. Taken with the Fuji. 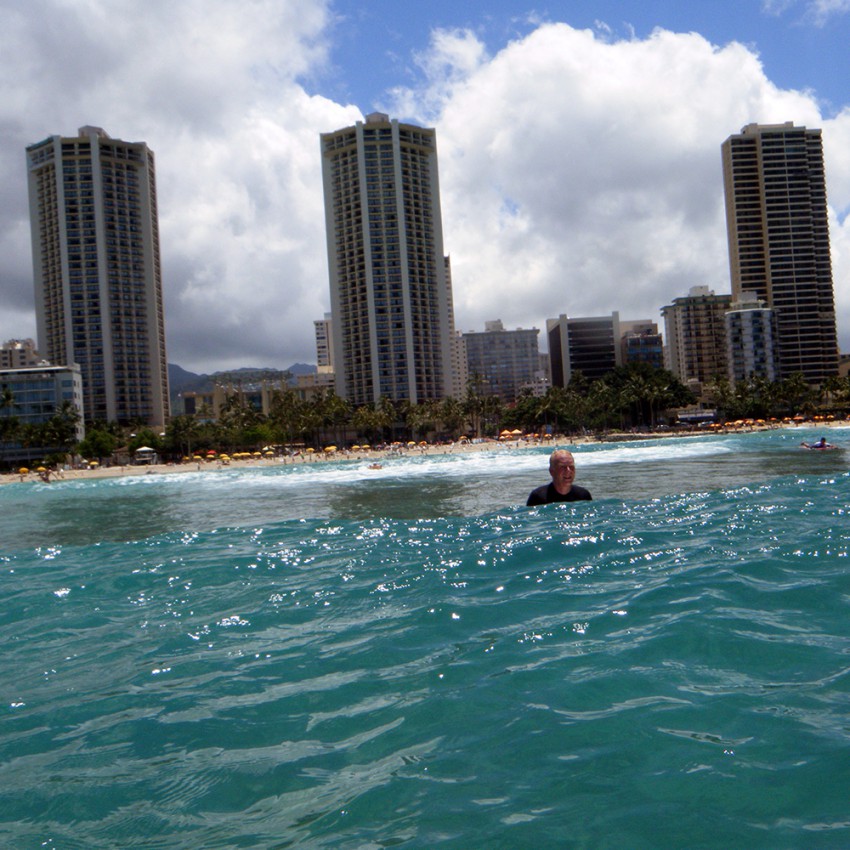 Looking back at Max and Waikiki from the water. 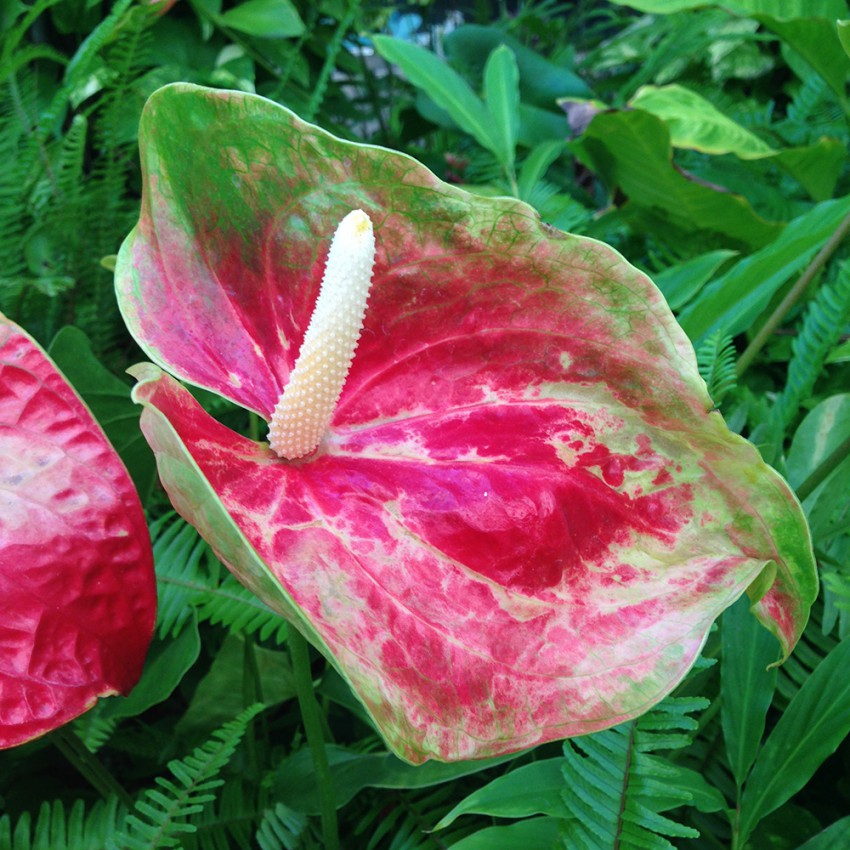 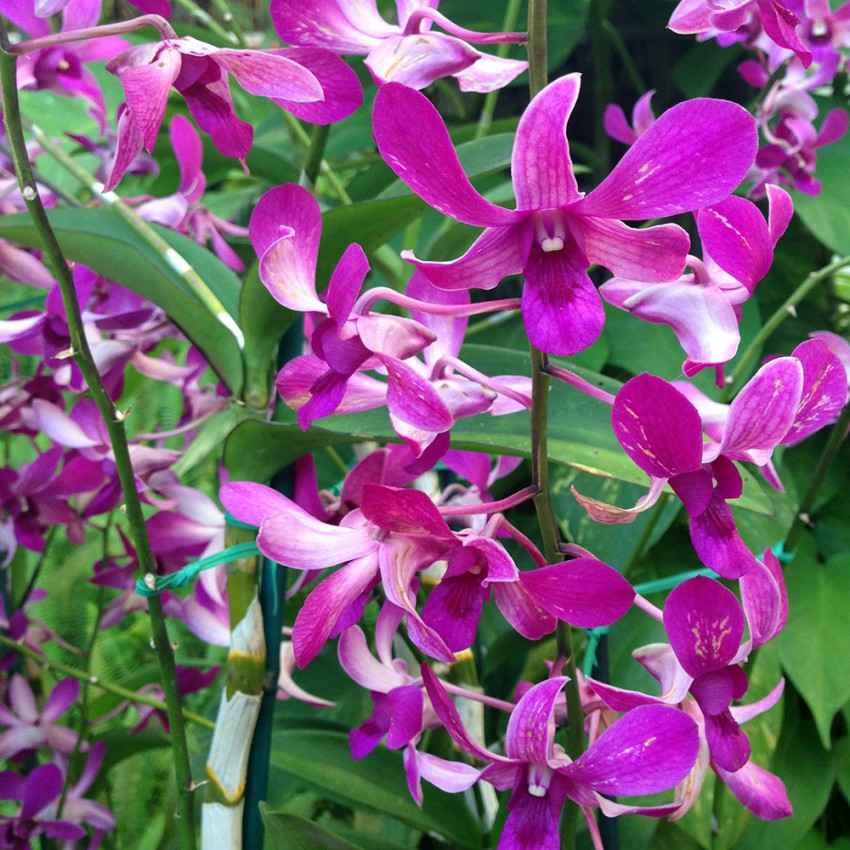 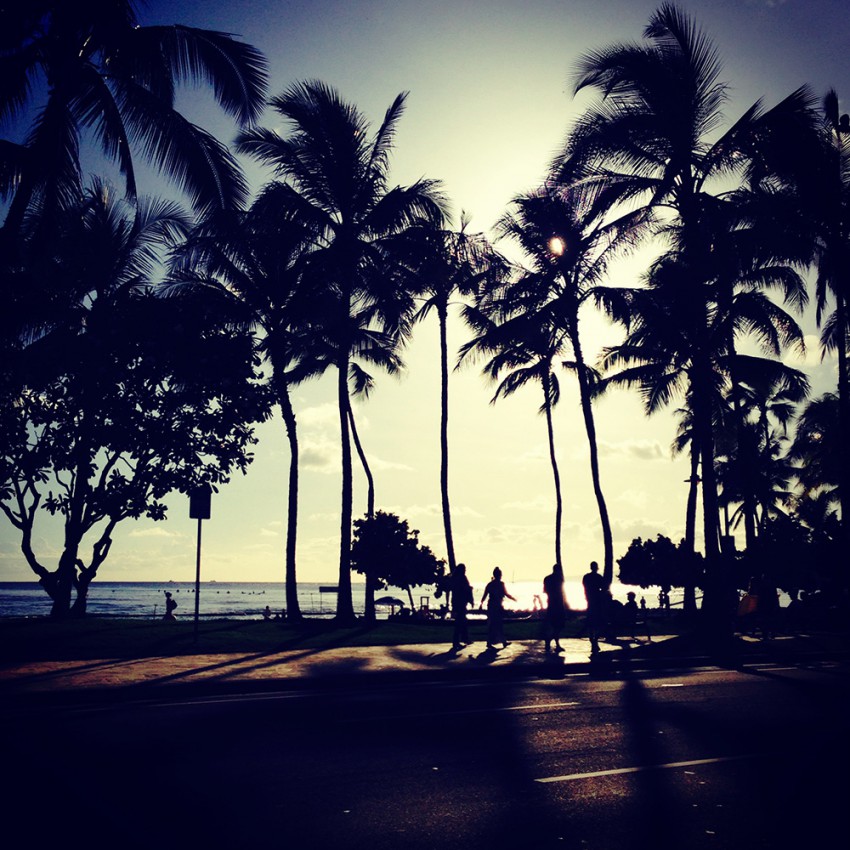 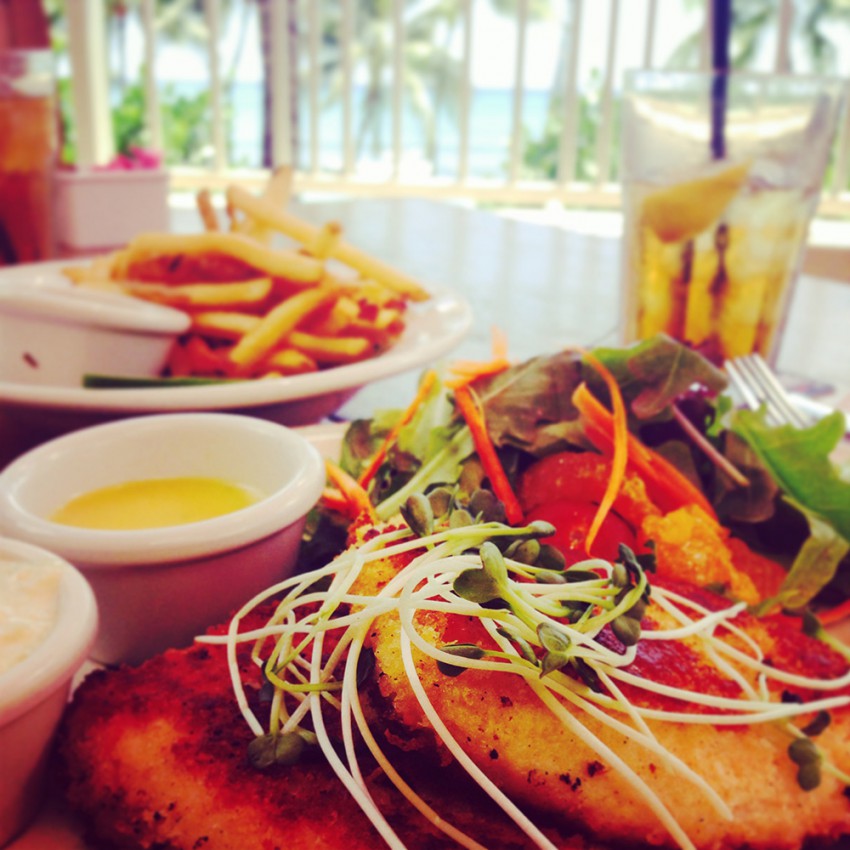 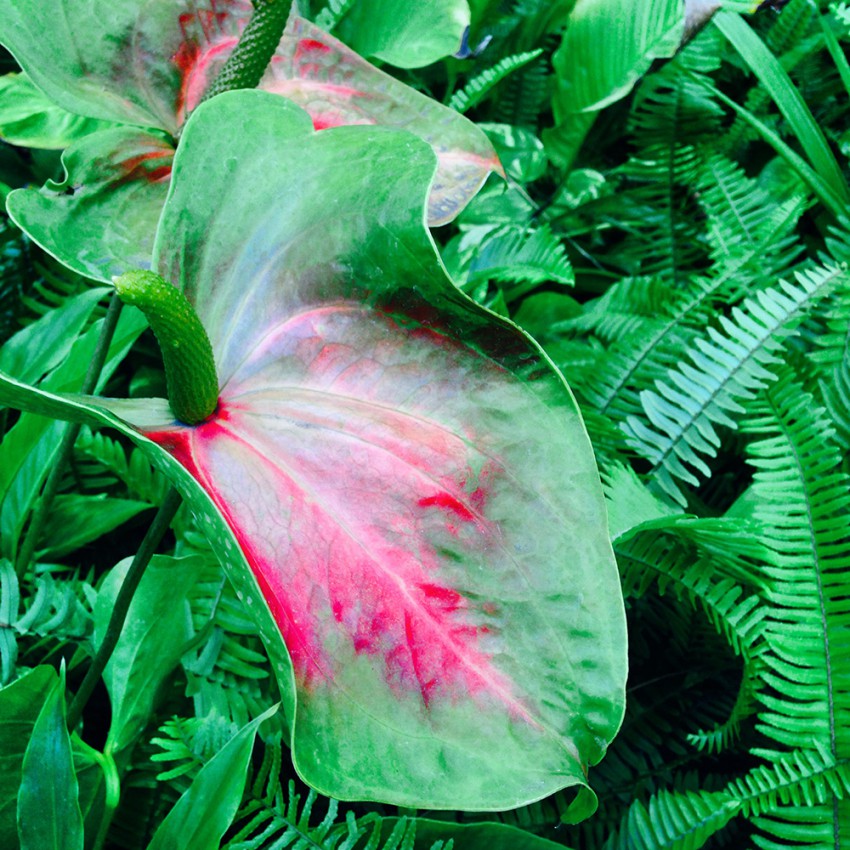 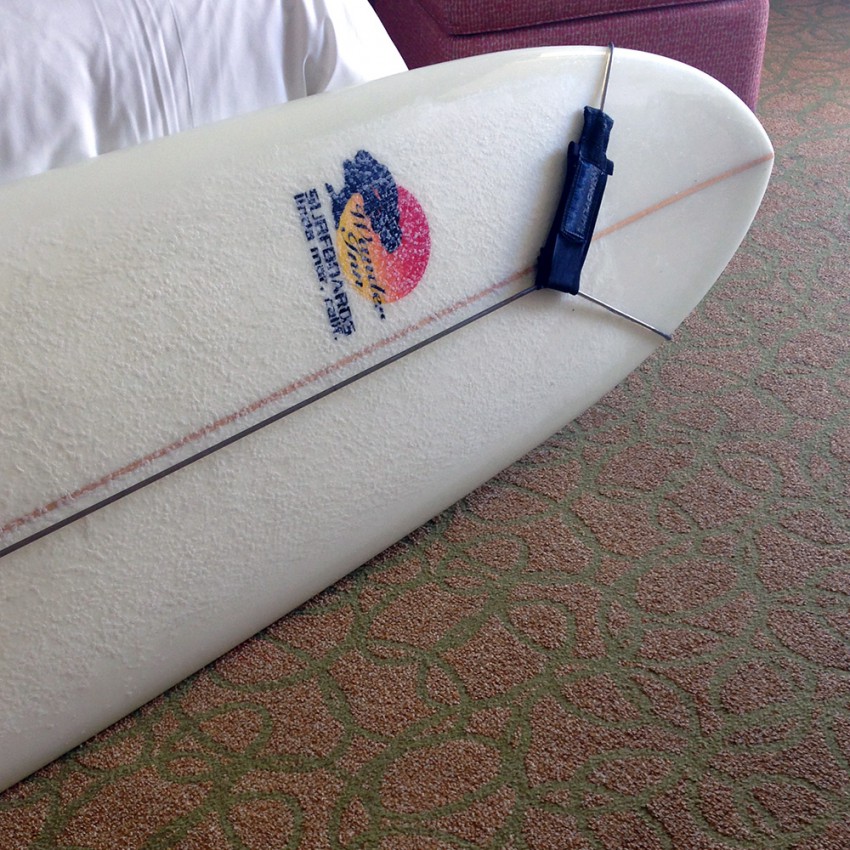 #324 / 10:40 (1.5) / 0′ rising / 9′ Donald Takayama
1-2 ft- knee to thigh high occ. 3 ft.
FAIR TO GOOD CONDITIONS
[SOUTH SHORE AM UPDATE AND SHORT TERM FORECAST: Declining SSW (200-185) swell still providing some small but ripple waves for town shorelines today. Surf is in the knee to waist high range with some slightly larger sets at the better exposed locations. Watch for this swell to slowly drop off through the day today and into the weekend. Keep your fingers crossed for a reinforcing southerly swell to fill in later this weekend. Mostly sunny with a few isolated showers in the morning. East winds 10 to 20 mph with some higher gust in the afternoon hours. Chance of rain 20 percent.]
2-3ft
2ft at 11s SSW (197°)
1ft at 14s SSW (203°)
1ft at 11s SSE (158°)