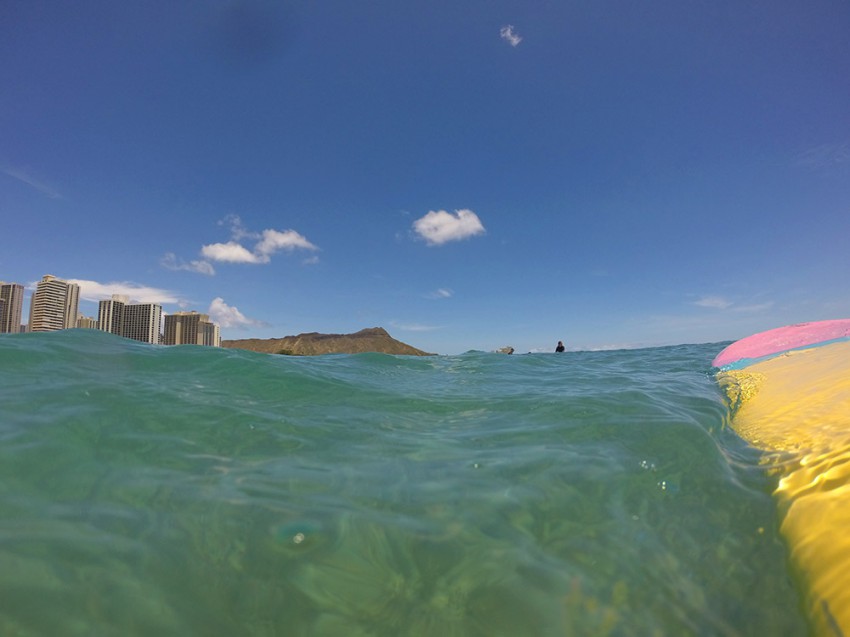 Small surf today but still fun. Crowded as usual for a Saturday at noon, but our spot was still working other than dodging the inside. I got a nice one pretty quickly, then saw Max take off on one. He made it but then the silly GoPro clamp fell off his board – what?! That was a bummer and I really didn’t think that would happen given that’s the whole point of the thing. We looked around for it underwater but that’s like finding a needle in a haystack. Very little was going to dampen our mood, though, since we caught a break and aren’t leaving tomorrow as planned, but on Tuesday instead. Woo!