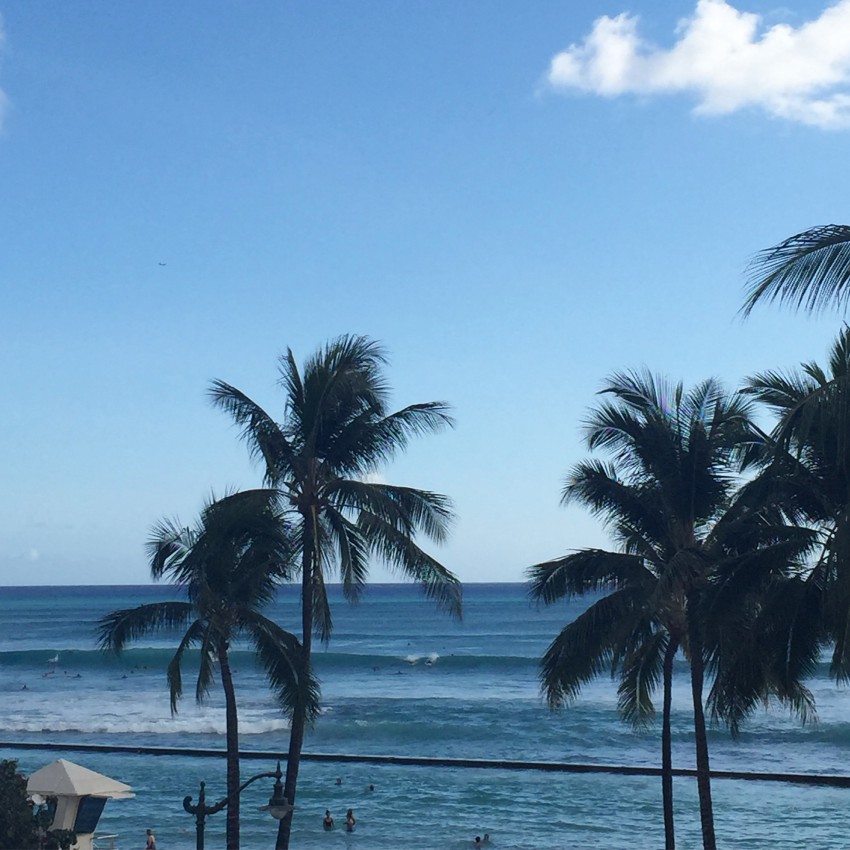 Slept until 10 and had a craving for breakfast so we headed to Eggs&Things but the line was too long and Max ended up discovering a second Denny’s on Lewers (the Kuhio one closed). Turned out we had the same waitress from many years ago, an older, friendly local woman, who was unphased by our veggie moco-loco combination order and took good care of us with ice tea refills, chill service, and advice. To Max at the end, she said “maybe next time no mashed potatoes too or just one scoop of rice, so you can finish it all.” Haha. We strolled over to the beach near the Halekulani hotel, then came out by the Sheraton. Walked back and suited up and got to the beach around 3, the latest surf we’ve done here this trip. Waves had looked bigger and far less people out now that the July 4th weekend is over. Started out at usual spot then moved farther out. Finally on the outside watching big set waves roll through but not break until way far in. Wild. Two outriggers were out and one was all the way out from even where we were. They ended up getting a outside wave and plowing through the lineup all the way to the inside. Big, beautiful lines of blue came through. We moved farther in but still couldn’t nab one. No one was really getting any waves, but it was a beautiful sight nonetheless. Later we moved back to the original spot and waited it out. A set started and I paddled for the first one but missed in moving in by about 40 feet. Max saw me paddle for the next one as it steeped up and he later said, he thought I was about to get creamed or get the wave of the day. Luckily, it was the latter! Such a steep drop.. had to lean all the way back on my right foot in a crouched stance, and shift my weight to the back just to make it. Zipped along faster than any wave I can remember recently. Made it through and left and ended up on the inside. Wow. Mind blown by the speed and force. 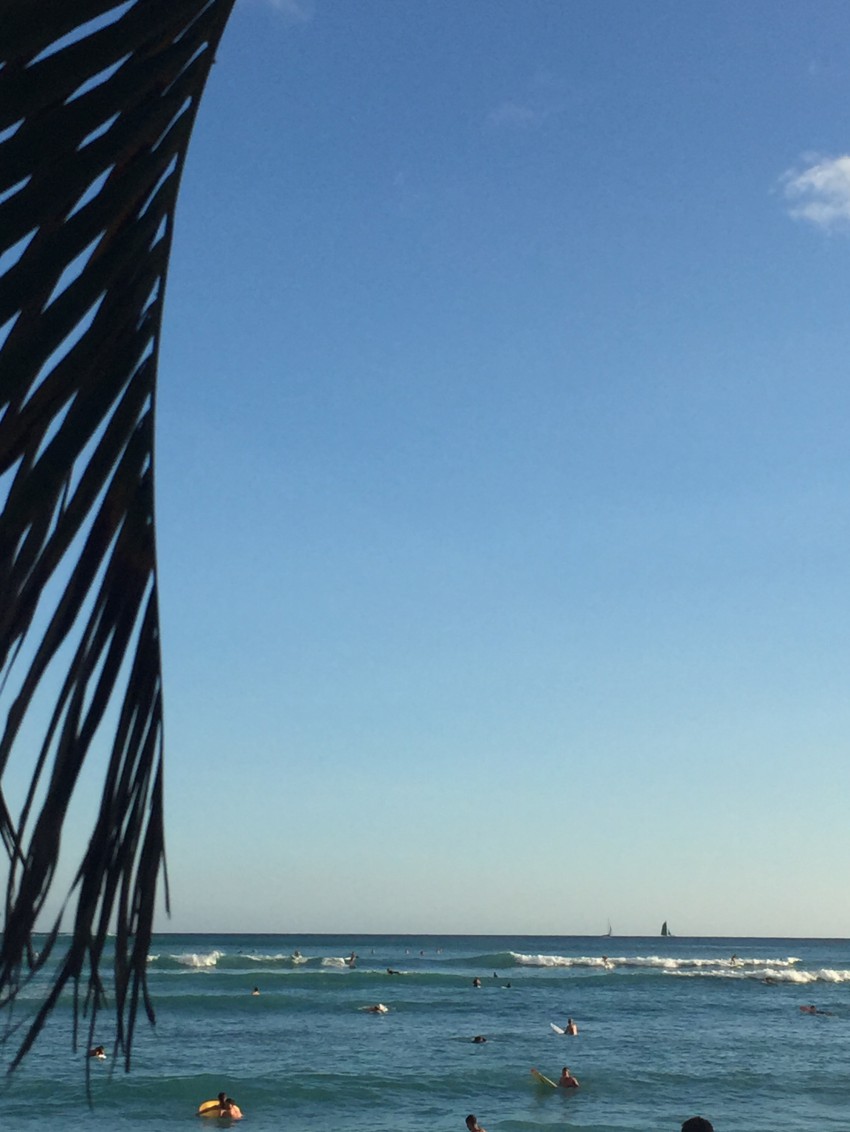 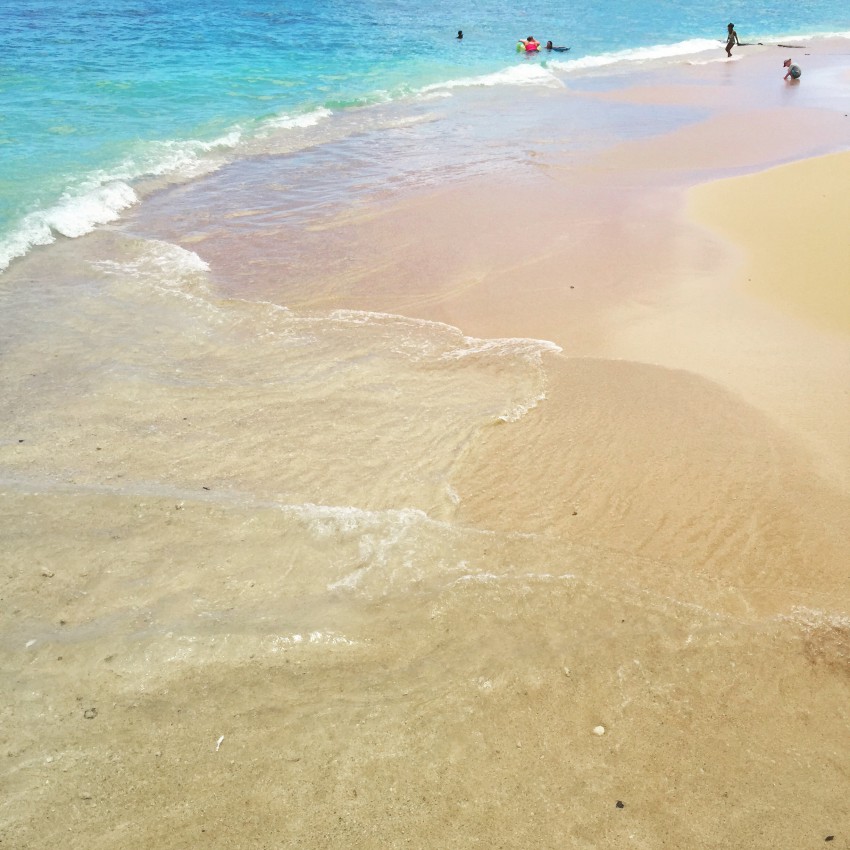 3-5 ft- waist to head high
FAIR TO GOOD CONDITIONS
South Shore Morning Report: Combination of swells out of the southerly direction maintaining some solid surf for town shorelines this morning. Waves are in the shoulder to near head high range with some bigger sets mainly favoring the channel entrances. Check our short term forecast to see what the waves will be doing throughout the day today. Sunny. Highs 83 to 90. Northeast winds 10 to 15 mph.
4-5′ 11 sec @ 192 degrees